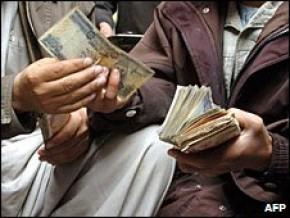 With endless foreign aid, the US has undercut mechanisms of democratic accountability in Afghanistan and should not be surprised at the results.
By Inge Fryklund | May 30, 2013 Rebellious American colonists once proclaimed that “taxation without representation is tyranny.” A corollary is more significant in the modern world: “government without taxation results in tyranny.”

This phenomenon is primarily observed in developing countries afflicted by the “resource curse,” in which the discovery of valuable natural resources has tended to exacerbate cronyism and repression, rather than sowing democracy or spreading prosperity. What is the mysterious incompatibility between natural wealth and democracy?

It appears that part of the answer is taxation. When government requires resources that can only be obtained from taxing its citizens, it must be ultimately responsive to those citizens. Force might work until the government coffers run out, but eventually citizens will put up with only so much. On the other hand, when a government has all the resources it needs—say, through oil or diamond wealth—it is free to ignore or oppress its citizens. A government with its own resources also has the wherewithal to suppress the population by force.

An analogous incentive structure is at play in many developing and post-conflict countries. Afghanistan, which manages to generate only about $2 billion per year of customs revenue and taxes and depends on international donors for the rest of its budget, is a prime example. With plenty of cash and no accountability to citizens—as well as minimal oversight by donors—Afghan officials are free to rip off donor resources and ignore or extort their fellow citizens with relative impunity.

In Afghanistan, as Astri Surkhe has pointed out, international donors have created a classic rentier society. Officials are busily engaged in rent seeking, not in applying resources to local needs. Even conscientious officials have no institutional reason to take local desires into account, and in any case have no representative structures for ascertaining these needs.

The lesson? Transplanting dollars does not transplant democracy. Not surprisingly, Afghan President Ahmed Karzai has refused to implement the portions of the 2004 Afghan constitution that provide for elected mayors and village, city, and district councils. Citizen support is not necessary to obtain financing for Kabul, so why bother with local elections?

Development cannot be imposed or bestowed from without. A country has to develop organically. If the government is constrained by the limitations of tax revenues (and historically, Afghan central governments always obtained some revenue from the provinces), government will deliver only what it can afford. It may not be much initially. But if citizens collectively want more and see that revenues are wisely used, they will pay more—and targeted services like roads and schools lead to more economic development, more tax revenue, more services, and so on, in a virtuous cycled fueled by democratic accountability. It is a slow process and is unlikely to meet Western timetables for instant results, but the process is sustainable and tailored to real local needs.

There is no way to short-circuit this organic and self-reinforcing process of economic and democratic development by injecting cash. “Jump-starting” may work for an automobile, but trying to hasten development by means of cash infusion doesn’t work and can’t work. It inevitably undercuts governmental accountability. Technical assistance (e.g., teaching improved irrigation techniques or crop rotation) may be very effective in a developing country, but massive financial assistance is invariably detrimental in the long term—or, as we have found in Afghanistan, even in the relatively short term. Our cash has fueled a culture of corruption never previously seen in Afghanistan.

From this resource curse perspective, the bagfuls of cash the CIA has been handing over to Karzai and various warlords are only the frosting on the cake. The fundamental damage was done by funding the Afghan operating and development budgets, compounded by turning a blind eye to the failure to implement the constitution.

We say we have put in trillions of dollars and wonder why this hasn’t accomplished more, but we have it exactly backwards. We have systematically undercut mechanisms of democratic accountability and should not be surprised at the results—the more cash we supply, the worse things become. Remember what they say about the road to hell. This should be a cautionary tale for future international interventions: Good intentions are no substitute for sound analysis of cause and effect.

The American colonists may have complained about taxation, but perhaps we should thank our lucky stars that taxation was an issue at all in those early days. Where would we be now if the English crown had found resources to monopolize and had no need to tax the colonists?

Inge FryklundMs Inge Fryklund, JD, PhD, has spent almost five years in Afghanistan, as well as in other post-conflict countries, and has observed the consequences of government income disconnected from political accountability. She can be reached at inge.fryklund@gmail.com.