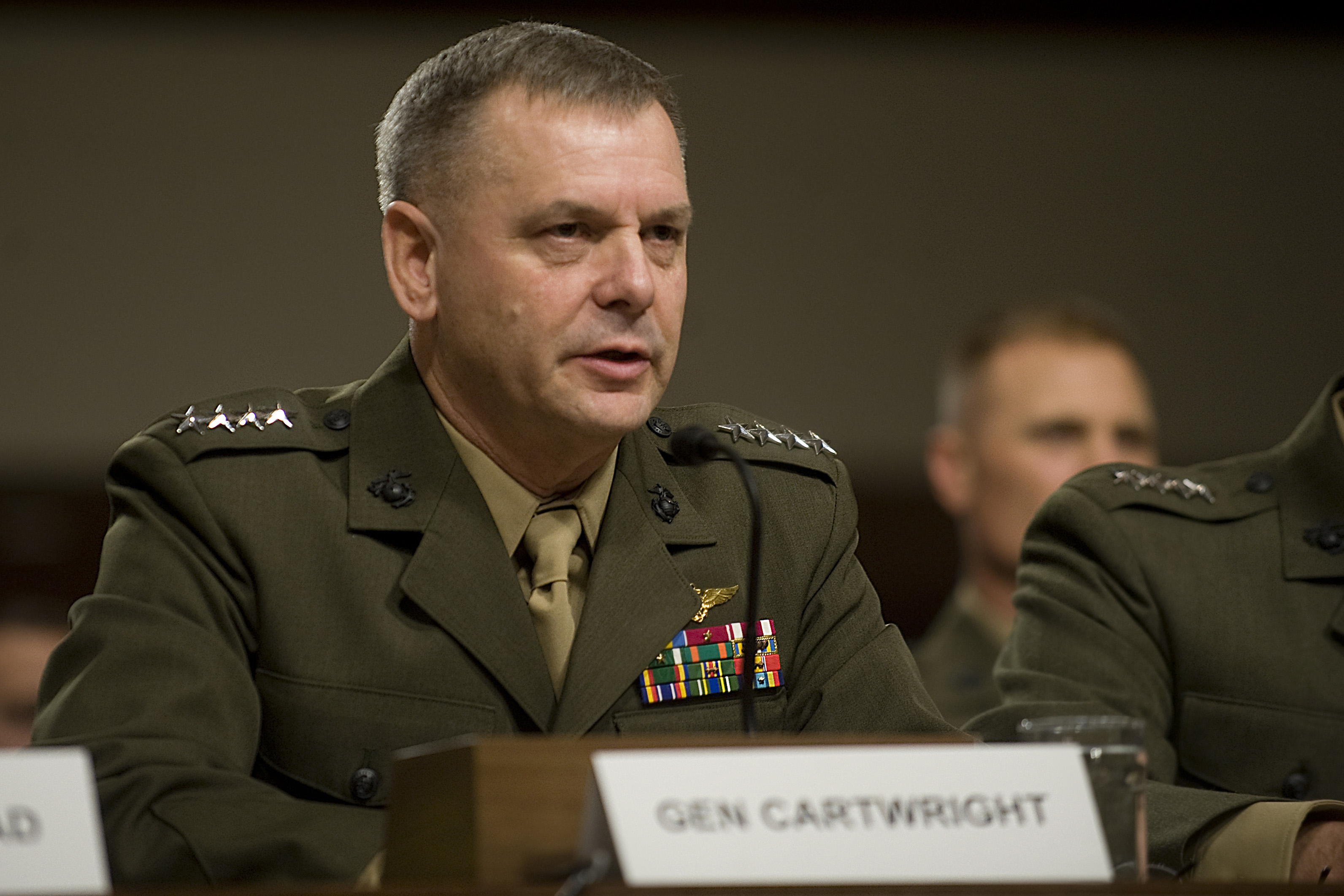 There are rising concerns that the Ukraine crisis could lead to nuclear war between the U.S. and Russia.
By Russ Wellen | April 22, 2015

Marine Gen. James Cartwright, whose last job was Vice Chairman of the Joint Chiefs of Staff, served as the commander of the U.S. Strategic Command (nukes, et al) from 2004 to 2007. In recent years, he’s served in capacities as, uh, as diverse board member of Raytheon and chairman of the Global Zero Commission on Nuclear Risk Reduction. Those of you who follow nuclear weapons news may recall that, in the latter capacity, he called for reducing the U.S. nuclear-weapons arsenal to 900 warheads with none of them set to launch on warning.

On April 19, the New York Times published an oped Cartwright wrote with Vladimir Dvorkin about keeping any risk of nuclear war between the United States and Russia that the Ukraine crisis may have generated from escalating. A change in policy and strategy would be required. They write:

The fact is that we are still living with the nuclear-strike doctrine of the Cold War, which dictated three strategic options: first strike, launch on warning and post-attack retaliation. There is no reason to believe that Russia and the United States have discarded these options, as long as the architecture of “mutually assured destruction” remains intact.

For either side, the decision to launch on warning — in an attempt to fire one’s nuclear missiles before they are destroyed — would be made on the basis of information from early-warning satellites and ground radar. Given the 15- to 30-minute flight times of strategic missiles, a decision to launch after an alert of an apparent attack must be made in minutes.

When nuclear weapons are described as ready to “launch on warning” or on “hair-trigger alert,” many don’t know what that means. Simply, should Russia launch a major nuclear strike against the United States, the latter relies on the radar and satellites the authors mention to identify the attack as nuclear. The United States then launches an attack before Russia’s nuclear warhead-fitted missiles strike the United States, thus making sure that Russia’s nukes don’t take out those land-based missiles (intercontinental ballistic missiles or ICBMs) that the United States is firing (though, theoretically, their silos are hardened against nuclear attack). Cartwright and Dvorkin again:

American officials have usually played down the launch-on-warning option. They have argued instead for the advantages of post-attack retaliation, which would allow more time to analyze the situation and make an intelligent decision. Neither the Soviet Union nor Russia ever stated explicitly that it would pursue a similar strategy, but an emphasis on mobile missile launchers and strategic submarines continues to imply a similar reliance on an ability to absorb an attack and carry out retaliatory strikes.

… provocations or malfunctions can trigger a global catastrophe. Since computer-based information systems have been in place, the likelihood of such errors has been minimized. But the emergence of cyberwarfare threats has increased the potential for false alerts in early-warning systems. The possibility of an error cannot be ruled out.

We won’t go into the counterintuitive nuclear strategy involved here in depth. Just bear in mind that when the authors speak of “post-attack retaliation,” they mean the alternative strategy to launch on warning is just letting the Russian missiles strike U.S. soil — to make absolutely sure that the attack is nuclear — and respond in kind.

In a nutshell, you can see the degree to which everything goes sideways if it fails shows you the extent to which nuclear deterrence is a house of cards.