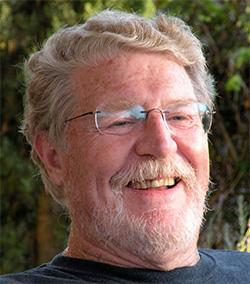 In March 1990, Time magazine ran an article titled “Ripples in The American Lake.” It was not about small waves in that body of water just north of Fort Lewis, Washington. It was talking about the Pacific Ocean—the largest body of water on the planet, embracing over half of humanity and the three largest economies in the world. Time did not invent the term—it is generally attributed to Gen. Douglas MacArthur, the U.S. Pacific commander during the Second World War—but its casual use by the publication was a reflection of more than 100 years of American policy in this immense area.

The Asia-Pacific region has hosted at least five American conflicts over the years—the Spanish-American War, the Philippine-American War, the Second World War, the Korean War, and the Vietnam War—and is today the focus of a “strategic pivot” by the Obama administration, although that is a bit of a misnomer. The Pacific basin has long been home to the United States’ largest trading partners, and Washington deploys more than 320,000 military personnel in the region, including 60 percent of its navy. The American flag flies over bases in Japan, the Philippines, South Korea, Malaysia, Thailand, the Marshall Islands, Guam, and Wake.

It is one of the most perilous regions on earth right now—and, for the first time since the collapse of the old Soviet Union, two major nuclear powers are bumping up against one another. As volatile as the Middle East is, one of the most dangerous pieces of real estate on the planet is a scattering of tiny islands in the East China Sea, where China, Japan, and the United States find themselves in a standoff that feels distressingly like the Cold War.

Tension over the Senkaku/Diaoyu islands, however, is just one of several foreign policy challenges in the Asia-Pacific region, each with its own characteristics and history. Japan and South Korea are in a face-off over an island that Tokyo calls Takeshima and Seoul calls Dokdo, and Moscow and Tokyo are at loggerheads over the Kurile islands. Moreover, Beijing is throwing its weight around in the South China Sea, North Korea just launched a long-range ballistic missile (and is possibly considering a nuclear test), and Washington is recruiting allies against China, sometimes by turning a blind eye to serious human rights violations.

How the Obama administration responds to these issues over the next four years will go a long way toward determining whether the ocean lives up to its name—pacific means “peaceful”—or once again becomes an arena for tragedy. So far the record is not encouraging.

A Finger on the Scale

Washington has stumbled badly in the dangerous crisis over islands that China calls the Diaoyu and Japan calls the Senkaku. The dispute over these uninhabited specks in the East China Sea islands goes back to the Sino-Japan War of 1895 when Tokyo wrested them from Beijing. In 1971, the Americans—caught up in the Cold War and refusing to recognize communist China— made the matter a lot more complex by ignoring two post-World War II treaties requiring Japan to return its conquests to their original owners, and instead handed the islands over to Japan.

When China protested, Tokyo and Beijing agreed to kick the can down the road and delay any final decisions on sovereignty to some later date. That all changed when Japan—pressed by right-wing nationalists—purchased three of the islands this past summer and altered the status quo. To make matters worse, the United States declared that it would stand by Japan in any military conflict, thus raising the ante from a local confrontation between two Asians giants to a potential clash between nuclear powers.

China sees the islands as part of its defensive parameter, an understandable point of view considering the country’s history. China has been the victim of invasion and exploitation by colonial powers, including Japan, dating back to the first Opium War in 1839. Beijing is convinced Washington is surrounding it with potentially hostile alliances and that the Senkaku/Diaoyu dispute is part of a U.S. strategy to keep China down. There is an economic dimension to the issue as well. China would like to exploit oil and gas deposits, as well as fishing grounds, in the East China Sea.

Extending the U.S.-Japan mutual support treaty to the islands is a major mistake. China has no intention of attacking its main Asian trade and investment partner, and putting Tokyo under Washington’s nuclear umbrella around this issue has helped unleash a powerful current of nationalism in Japan. For instance, Tokyo is debating whether to put Japanese Self-Defense Forces on Yonaguni Island or in the Ryukyu chain. That would put Japanese troops squarely in the middle of China’s first line of maritime defense. Yonaguni is a long way from Tokyo, but on a clear day you can see the mountains of Taiwan from its beaches. The island’s residents are opposed to the Self-Defense Force deployment.

The new prime minister, Shinzo Abe, has been particularly strident, openly talking of dumping Japan’s anti-war constitution and building nuclear weapons. He comes from a long line of military-minded nationalists. His grandfather, Nobusuke Kishi, was a member of Japan’s wartime cabinet and was considered a war criminal. Rather than going to jail, however, Nobusuke was “rehabilitated” after the war and became prime minister in 1957. Abe has stonewalled demands by China and other countries in the region to apologize for its brutal policies during World War II.

In an interview with the Financial Times, Abe was asked if there was a “possibility that the two Asian powers could go to war.” According to the Times, “Mr. Abe just smiled and walked away.”

If that exchange does not give Washington pause, it should.

China has a strong legal case for ownership of the islands, and rather than rattling sabers, Washington should encourage the UN and the International Court of Justice to get involved. What it should not do is green light Abe, who might draw Washington into a confrontation with China. In 1914 Austria attacked Serbia. Russia mobilized, and Germany, bound by treaty to Austria, followed suit. That ended very badly.

Know When to Hold ‘Em

The disputes in the South China Sea are very different from those in the East China Sea, although some of the actors are the same. Beijing claims that it owns a vast expanse of the Sea—including the Paracel Islands, the Spratly Islands, Scarborough Shoal, and numerous reefs and shallows—also claimed by Vietnam, Malaysia, Taiwan, Brunei, and the Philippines. At stake are rich fishing grounds and potential oil and gas deposits, as well as a considerable portion of the world’s trade routes.

The Chinese have been rather heavy handed in the dispute, refusing to negotiate with the Association of South East Asian Nations (ASEAN) and insisting on bilateral talks instead. China vs. Brunei is hardly a level diplomatic playing field.

The standoff has given the United States an opportunity to intervene as a “neutral broker,” a posture that has pushed every paranoid button in Beijing. China has responded by stepping up its patrols in the South China Sea, even sabotaging joint Indian-Vietnam oil exploration near the Paracels. New Delhi—which has its own tensions with China over its northern border—is threatening to send naval vessels into the disputed area.

The crisis is solvable, but a few things need to happen.

China must back off, because its current claim violates the United Nations Convention on the Law of the Seas. A place to start is for ASEAN and Beijing to work out a “code of conduct” to resolve disputes peacefully. But Washington should stay out of this fight. Given the strong military component of the “pivot,” one can hardly blame China for assuming that U.S. involvement is not aimed at resolving disputes.

“If you are a strategic thinker in China, you do not have to be a paranoid conspiracy theorist to think that the U.S. is trying to bandwagon Asia against China,” says Simon Tay, chair of the Singapore Institute of International Affairs.

Washington has shifted naval forces into the Pacific and is in the process of putting 2,500 Marines in northern Australia. While 2,500 Marines are hardly likely to tip the balance of power in Asia, it seems an unnecessary provocation. The United States is moving air power into the region as well, including B-1 bombers, B-52s, and F-22 stealth fighters. In early November, 47,000 U.S. and Japanese forces carried out joint military exercises.

Washington is also re-negotiating its Mutual Support Treaty with Japan, which will include the deployment of an advanced anti-missile system (ABM). The ABM is ostensibly directed at North Korea, but China is unhappy because it could pose a threat to Beijing’s modest nuclear missile force. In general, ABM systems are destabilizing, which is why the ABM Treaty was negotiated between the United States and the Soviet Union in 1972. The Obama administration should repudiate the Bush administration’s 2002 scrapping of the ABM Treaty and instead focus on ridding the world of nuclear weapons, a promise made in 2008 but ignored ever since.

An Ocean Vast Enough for All

North Korea may be a threat to its own people, but it hardly poses a major danger to the United States or its allies South Korea and Japan. Yes, the country has nuclear weapons, but any use of them would be tantamount to national suicide, and the North Koreans have always shown a strong self-preservationist streak. If North Korea seems paranoid, it is partly because each year the United States, South Korea, and sometimes Japan carry out war games aimed at intervening in the event of “instability” in the north. U.S. Defense Secretary Leon Panetta also threatened North Korea with nuclear weapons last year, hardly a strategy to get the Pyongyang regime to give them up.

North Korea mainly serves as an excuse for Japan and the United States to militarize the North Pacific and expand their ABM system. But it is a poor, backward country that has trouble feeding its own people. (Yet Hollywood’s latest version of the 1950s anti-communist classic Red Dawn features North Korean paratroopers invading Alaska. Really.)

The White House should take a big deep breath, ignore the bombast, stop threatening North Korea with nuclear weapons, retire the war games, and restart aid programs. The only people hurt by the aid cutoffs are poor North Koreans.

Washington sees Indonesia is a potentially valuable ally in the alliance against China, as well as a source of valuable raw materials, and has thus given Jakarta a free pass on its human rights record. But for an administration that trumpets its support for democracy and says it has a moral view of the world, that kind of realpolitik is unacceptable. The United States should finally own up to its role in the 1965 Indonesian coup that killed up to a million communists, leftists, trade unionists, and progressives. It should also halt all military aid to the Jakarta regime until the Indonesians prosecute those who committed atrocities in East Timor and West Papua. The United States should have nothing to do with training Kopassus, the Indonesian special forces unit that organized many of the East Timor massacres and is currently trying to crush an independence movement in West Papua.

Some of the White House’s actions have bordered on petty. For example, the United States is organizing an 11-nation Trans-Pacific Partnership trade pact that was designed to exclude China, the big dog on the Asia-Pacific block. In retaliation, China is encouraging the Regional Comprehensive Economic Partnership that will exclude the United States.

The United States is a Pacific power, but Asia is a very different place than it was two hundred years ago. You can’t dispatch “Chinese” Gordon and a couple of gunboats and get your way anymore. Nor can you deal with rivals by building Cold War-style alliances and threatening to use force. The world is too small, Asia is too big, and war would be catastrophic. The Pacific is no one’s “lake,” but an ocean vast enough for all.