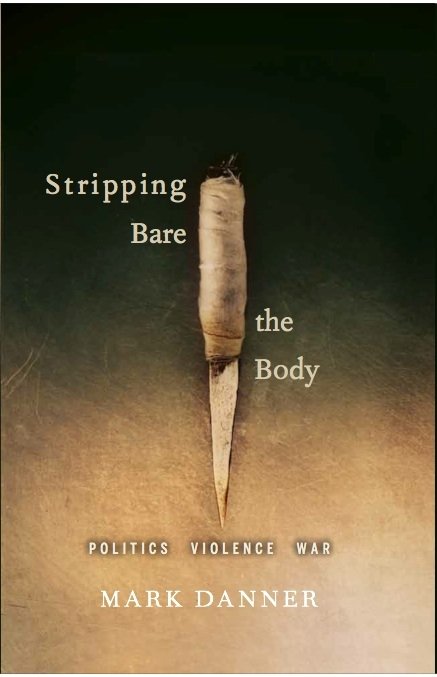 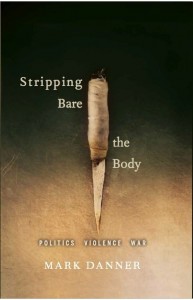 Stripping Bare the Body by leading political journalist and author, Mark Danner, chronicles American foreign policy in the last quarter century through narratives of political violence, conflict, death, and torture across the globe. Separated in four sections, Danner uses his collection of dispatches written for The New York Times, The New Yorker, and the New York Review of Books to examine the political instability and violence seen in Haiti, the Balkans, and Iraq. Danner critiques American foreign policy, writing of America’s hypocrisy and weakness in the ideologically uncertain post-Cold War era.

The title, Stripping Bare the Body, is based on Haitian president, Leslie Manigat’s observation of political violence. It is meant to suggest that violence and conflict reveal the normally hidden power structures in countries. Throughout the book, Danner extracts those hidden structures through compelling narratives. In Haiti, through interviews and eyewitness reports, Danner finds a highly socially and racially divided society based on a history of slavery and European dominance. His historical depiction of Yugoslavia shows how the wars were based on historic rivalry, ethnic, and religious tensions between the various different ethnicities present in the region. In Iraq, political violence and ethnic struggles between Shia, Sunni, and Kurds are clearly seen in the Iraq War.

One of the most interesting sections of the book deals with the use of torture in the black site prisons. Here the title also takes a more physical direct meaning, as he writes about the use of torture for the purpose of national security where the bodies of detainees are stripped bare for and as torture methods.

The Bush administration’s choice in using torture for national security has been highly scrutinized with the release of various reports, such as that of the International Committee of the Red Cross, exposing torture methods. Danner, quotes those reports, and expresses his disdain on not only the use of torture, such as water-boarding and beatings by use of a collar, but also of the lies that were fabricated to hide the policies of torture for years.

In this final section of the book, Danner takes a different approach. Instead of narrating, he highly criticizes and makes suggestions for the Obama administration and the readers, stating, “the only way to confront the political power of the issue, and prevent the reappearance of the practice itself, is to take a hard look at the true ’empirical evidence of the last five years, hard years’ and speak out, clearly and credibly, about what the story really tells.”

Danner’s compilation of his past work reveals misery, destruction, and violence but also provides critical analysis of American foreign policy in the last quarter century. American foreign policy has been plagued with hypocritical and weak decisions where its consequences mostly affected those in distant places. It is not knowing when to act, or acting based on pure instincts and imperialist motives, which have led to a large range of policy mistakes, from Clinton’s “help” in Haiti, to the thousands dead in the Balkans, to the Bush administration’s mismanagement of the Iraq War.

Though Danner criticizes America’s ambitions of grandiosity throughout the book, arguing that the United States is currently trembling “on the threshold of a new imperial season,” it is hard to pick out specific suggestions, alternatives, and guidelines for the future of foreign policy, except when it comes to the issue of torture. There is a clear understanding of how American foreign policy has affected people in the past, especially abroad, but Danner suggests unconvincingly, and indirectly that American engagement should be based less on the need for power.

Danner’s greatest strength is his narratives from the world’s war zones telling the stories of political struggles across the globe, yet, his greatest weakness lies in his lack of suggestions and guidelines for the future of American policy abroad. With a new president at the helm and a host of foreign policy mishaps over the last quarter century, the time for such recommendations is now.