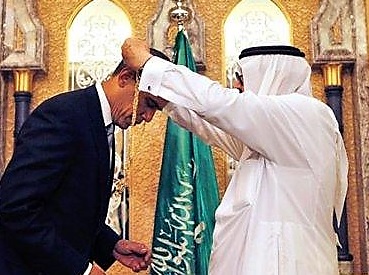 From Egypt to Syria: Is the Gulf Cooperation Council the Tail That Wags the U.S. Dog?

For U.S. policy-makers, the annual allocation of 1.3 billion dollars provided to Egypt has been a vital tool for maintaining its sphere of influence with the Egyptian government. 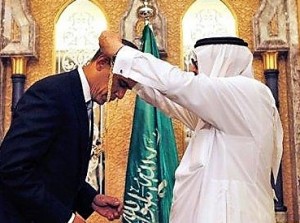 When I read that the Egyptian military had issued an ultimatum to the Morsi government to resolve the social crisis in the country or, by implication, it would step in to solve the crisis, it was not apparent to me why the U.S. would give the green light to a military coup with all of the complications that would entail for U.S. policy-makers.

Along with the social upheaval and increased instability that would be generated by ending the democratic process in the country, U.S. law requires an automatic suspension of aid to any country when state power is assumed as a result of a coup that disposes a democratically elected government.

And since President Morsi and the Muslim Brotherhood had demonstrated their political allegiance to the U.S. and Anne Patterson, the U.S. Ambassador to Egypt, giving clear support to Morsi just a few weeks ago, reversing course and taking on the headache of a military coup did not make sense to me.

Because of Egypt’s strategic importance, I was reasonably certain that the U.S. was not prepared to end its assistance to the country. But with the military coup the Obama Administration now had the political dilemma of having to exercise the legal loophole provided by the foreign assistance act that allows an Administration to circumvent the requirement for the automatic cut-off of aid if the Administration determines that it is in the national security of the U.S. to do so. For U.S. policy-makers, the annual allocation of 1.3 billion dollars provided to Egypt has been a vital tool for maintaining its sphere of influence with the Egyptian government and loyalty from members of the Egyptian military establishment. It was clear that the Administration would do whatever it needed to do to ensure that it could continue using that tool.

If the Obama Administration cut off the annual allocation of aid to the military, Saudi Arabia and the UAE would make up the budget’s shortfall.

However, as I looked into the issue, I begin to see elements that suggested a much more complicated story than the one that usually suggests an efficient, competent, hidden hand of the U.S. government in control and pulling all of the strings.

Stories circulating in the region appeared to indicate that at least from the Egyptian side, the military establishment was not that concerned about the possible cut-off of aid from the U.S., if indeed that was in the cards. The military was not concerned because it was able to play a new hand that it was given by states from the Gulf Cooperation Council (GCC) – Saudi Arabia, the United Arab Emirates, Kuwait, Qatar, Oman, and Bahrain – the dictatorial group of monarchies that is allied with the U.S. in the efforts to destabilize and dismember the Syrian state. The hand that Saudi Arabia and the United Arab Emirates (UAE) dealt the generals in Egypt was this: if the Obama Administration cut off the annual allocation of aid to the military, Saudi Arabia and the UAE would make up the budget’s shortfall.

All of this poses some interesting questions for those of us who follow and analyze U.S. policy in the so-called Middle-East. If it is true the generals quietly planned the coup without receiving a green-light from the U.S., would this be another example of U.S. decline where for the first time a group of traditionally pro-U.S. conservative Arab governments had struck out on its own? As one report indicated, the Egyptian military would not have attempted to pull off this coup without the aid of Saudi and Dubai intelligence and funding. But as a client state of the U.S. the Egyptian military would have never made a move like this without receiving a green-light from the U.S. under normal circumstances. Or perhaps the U.S. gave the green-light and also made sure that the generals understood that their allocation of resources would not be threatened by arranging for it to be provided by their other client’s in the region?

At least from the Egyptian side, the military establishment was not that concerned about the possible cut-off of aid from the U.S., if indeed that was in the cards.

It was reported that National Salvation Front coordinator Dr. Mohammad ElBaradei met with Ahman Shafiq, Mubarak’s last Prime Minister, in the United Arab Emirates in March where he and ElBaradie agreed on an elaborate plan to depose Morsi and the Muslim Brotherhood (MB). Shafiq also shared with ElBaradei thatMorsi and MB officials would be arrested and tried. It is difficult to believe that U.S. intelligence was not aware of that meeting. But it is also plausible that they were not. It was also reported that Ambassador Patterson, Secretary of Defense Chuck Hagel, and the Chairman of the Joint Chiefs of Staff, Gen. Martin Dempsey cautioned the Egyptian generals against their plans to dispose President Morsi but the generals ignored those concerns.

There are some fascinating implications here when you look at the moves made in Egypt by the GCC and the role it assumed in the region related to Syria. While it is a fact that Israeli interests have always dominated the trajectory of U.S. policy in the region, often to the detriment of the long term interests of Washington, a new convergence of interests might be emerging in the region that has enhanced the influence of the GCC. Perhaps we can no longer just refer to those states as merely client states of the U.S.

The Egyptian military would not have attempted to pull off this coup without the aid of Saudi and Dubai intelligence and funding.

At this point, the complexities of the relationships make it very difficult to determine with certainty the GCC’s ability to influence U.S. policies in the region or to execute an independent political agenda. Instead of the growing influence of the GCC, events in Egypt may have very well represented the “perfect storm” of interests convergence between the U.S. who feared continued chaos; the Egyptian military who saw their vast economic empire under duress with the continued economic crisis in the country; and the desires of King Abdullah of Saudi Arabia and Muhammad Bin Zayed of the UAE, representing the predominant interests of the GCC, who saw the overthrow of Morsi as payback for the Brotherhood’s role in ending the rule of Hosni Mubarak.

What is clear, however, is that with the relative decline of U.S. influence with its defeat in Iraq, the face-saving surrender that it has initiated in Afghanistan and its inability to overthrow the government in Syria, the relationship between the U.S. and the GCC is a relationship that must be looked at freed from the old assumptions regarding who is influencing whom in the region.

Ajamu Baraka was the founding Director of the US Human Rights Network. Baraka is currently an Associate Fellow at the Institute for Policy Studies and is editing a new book on human rights in the U.S. entitled “The Struggle for a People-Centered Human Rights: Voices from the Field.” He can be reached at Ajamubaraka.com.