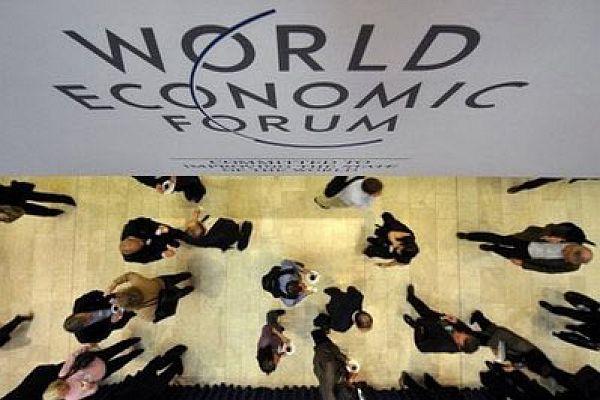 From Davos to Dystopia

A new report from the World Economic Forum that tries to make sense of the wave of protest and unrest sweeping the world may signal a new approach to global security in Western capitals.
By Ben Zala | January 19, 2012 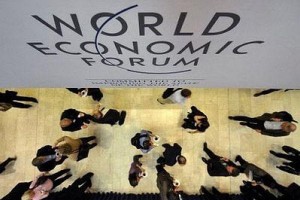 Not long ago the World Economic Forum (WEF) found itself in the sights of the global economic justice movement. At the turn of the last century, before anyone was “occupying” public spaces in protest at the growing inequalities between the top strata of society and the rest, a broad global coalition of environment, development, and peace activists were targeting the public meetings of major institutions such as the WTO, the IMF, and the G8. In September 2000, activists shut down the opening of the WEF’s Asia-Pacific Summit in Melbourne, Australia in protest against an unrepresentative and unaccountable elite gathering to set the economic agenda for the year in a region marked by enormously uneven income distribution.

A mere 12 years later, in an intriguing reversal, the WEF has released a new report calling for a “shift in mentality” to address a looming crisis typified by rebellion, protest, and political violence sparked by inequality and marginalisation across the world. The seventh edition of the organization’s Global Risks report highlights the increasing importance of marginalization as a security issue over the coming decades. It describes the “seeds of dystopia” threatening both social and political stability across the world.

“As the world grows increasingly complex and interdependent, the capacity to manage the systems that underpin our prosperity and safety is diminishing,” the report declares. This conclusion presents perhaps the most radical call to arms from what would normally be considered a key player of the global political “establishment,”

After decades of entrenched poverty, massive debt and struggling against an unfair global trading system, those who languish on the margins of the global communityare in revolt. Yet our existing frameworks and reference points for building a response to this sort of global insecurity provide little assistance. To put it simply, Washington, Brussels, even Beijing and New Delhi have been caught off guard. The time for some radical thinking is upon us. That such calls are now coming from one of the engine rooms of neoliberal economics is a sign that we may be reaching a tipping point.

Revolt of the Masses

A number of actors in the defense and security realm have begun to explicitly make the connection between marginalization and insecurity. For example the U.S. National Intelligence Council’s Global Trends: 2025 report predicts that in the years ahead “increasing interconnectedness will enable individuals to coalesce around common causes across national boundaries, creating new cohorts of the angry, downtrodden, and disenfranchised.” Similarly, the chief of the UK Defence Force, General Sir David Richards has discussed the Naxalite insurgency that has spread rapidly across India in recent years as a conflict with a “sense of hopelessness and economic envy at its core.” The effects are no longer merely local. Richards warns that “these are powerful instincts that today can be inflamed and communicated to other similarly dispossessed groups across the world at the touch of a button.”

Yet, thus far, the guardians of the global economic order have not begun to think through the long-term and serious consequences for peace and security of prolonged inaction on global inequality. This new analysis of the risks associated with the “seeds of dystopia” in the WEF report could be Davos finally catching up.

The WEF describes dystopia as “a place where life is full of hardship and devoid of hope.” The reality is that after years of unequal growth and a growing divide between elites and non-elites both between and within countries, this description has become a reality for the majority of the world’s population. The neoliberal economic consensus which has dominated the WEF’s own discussions for so long has finally come up against the long-term consequences of a global free market unable to effectively price externalities (be they social, environmental or even now, strategic).

The report’s analysis of the interconnections between a number of risks reveals “a constellation of fiscal, demographic and societal risks signalling a dystopian future for much of humanity.” This echoes the work a number of more progressive and forward-looking think tanks such as the Oxford Research Group, Institute for Policy Studies, and the Center for American Progress over the last few years. These groups have focused not only on large-scale trends affecting global politics but also on the ways in which these trends interact and the implications for policymakers trying to make sense of a more complex world. For example, dealing with a growing division between elites and non-elites on a global scale is difficult enough without the effects of a warming global climate. As The Nation’s Christian Parenti puts it:

Between the Tropic of Capricorn and the Tropic of Cancer lies what I call the Tropic of Chaos, a belt of economically and politically battered post-colonial states girding the planet’s mid-latitudes. In this band, around the tropics, climate change is beginning to hit hard…as a result, in this belt we find clustered most of the failed and semifailed states of the developing world.

Yet the risks are not just confined to the developing world. The WEF report warns that this dystopian future could extend to “developed economies where citizens lament the loss of social entitlements, emerging economies that fail to provide opportunities for their young population or to redress rising inequalities, or least-developed economies where wealth and social gains are declining.”

The report is part of a growing awareness of the linkages between events and flashpoints such as the Arab Spring, the Occupy movements worldwide, and civil unrest in countries from Thailand and Chile to Israel and India. The link, according to the report, is a common and “growing frustration among citizens with the political and economic establishment, and the rapid public mobilization enabled by greater technological connectivity.” This frustration and resulting mobilization together create a much larger global trend. As such, ad-hoc national approaches are no longer sufficient for genuinely addressing the challenges of a marginalized majority world.

It is one thing to examine a number of interlinked global trends which add up to a dangerous – or dystopian – global picture. It is quite another to have the courage to genuinely rethink the foundations of the global order that has produced them. Unfortunately there are no easy answers to the question of how to reverse these trends, particularly at a time of truly global economic crisis when the temptations of short-term, voter-friendly fixes are sotempting.

This makes the potential role of organizations such as the WEF aimed at promoting dialogue and leadership even more important if used in the right way. A summit focused not on growth and competitiveness but on practical steps on issues such as debt reduction and institutional reform would be a good first start. Central to this must be real attempts to tackle the seeds of dystopia at their source – even if this means asking difficult questions and hearing uncomfortable answers in the major financial capitals of the world.

If the dominant response to the risks outlined in the WEF report follows the formula of the last decade’s ‘war on terror’– attempts to control insecurity through the use of high-tech military power — then we best get used to living in a dystopian world. If however, global leaders and the citizens they represent can create responses that are aimed at addressing the underlying drivers of disenfranchisement and violence, then 2012 could be seen as the year that gives rise to a truly sustainable security. Then, when the powerful meet in Davos, they won’t simply be trying to save the old order but working cooperatively to create the new.