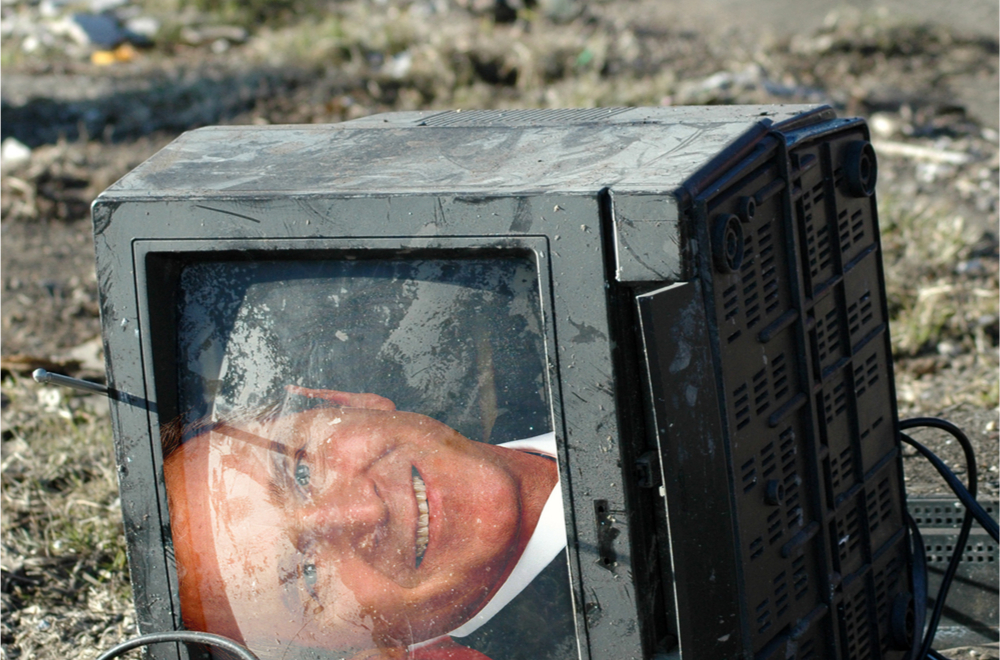 George W. Bush Was a Disaster — Only Trump Looks Worse By Comparison

Bush’s reputation should have suffered a nose-dive after he left office. There’s only one reason his standing has improved: Trump.
By John Feffer | October 5, 2021

In 2021, over 140 historians participated in the C-SPAN evaluation of American presidents. The rankings haven’t changed much in two decades. The reputations of Woodrow Wilson, Andrew Jackson, and Grover Cleveland have declined. Ulysses Grant’s approval rating has risen.

And George W. Bush moved from 36th place in 2009 to 29th in 2021 — just below Gerald Ford. It’s not a huge improvement. But it’s remarkable that Bush’s reputation improved at all, given the long-term consequences of his global “war on terror.”

This limitless war has cost the United States trillions of dollars and the lives of over 7,000 U.S. soldiers. Forget about “mission accomplished.” The Taliban has returned to power in a still-shattered Afghanistan, Iraq is barely holding it together, and al-Qaeda and other radical jihadist forces remain viable. A flood of war refugees has poured into Turkey, Lebanon, Jordan, and throughout Europe.

Moreover, the failure of the Bush administration to use the 9/11 attacks to promote cooperation with countries like Iran profoundly damaged the prospects of rapprochement within the region. The inclusion of North Korea in an “axis of evil” similarly undermined prospects of preventing that country from going nuclear.

And the opportunity costs of using all that money, military hardware, and diplomatic persuasion to wage war instead of attending to urgent human needs at home and abroad have been staggering.

Given all of these failures, Bush’s reputation should have suffered a nose-dive after he left office. Instead of doing good deeds like Jimmy Carter or playing the elder statesman like his father, Bush has spent most of his post-presidency painting and playing golf.

There’s only one reason why his ranking has improved among historians: Donald Trump.

George W. Bush suddenly began to look presidential compared to a man who was impeached twice, attempted a coup to stay in power, and continues to try to overturn the 2020 elections and undermine the integrity of U.S. democracy.

In 2021, historians placed Trump in 41st place, just below William Henry Harrison, who died of pneumonia after only 31 days in office. Trump’s embarrassing post-presidency of incendiary statements and churlish conduct will likely cement his reputation among future scholars as the worst president ever.

In comparison, Bush has at least fulfilled the minimum requirement of ex-presidents. He attended Joe Biden’s inauguration and Congressman John Lewis’ funeral, which Trump skipped. With all the former presidents except Trump, Bush participated in an Ad Council video urging Americans to get vaccinated. He put out a statement condemning the January 6 insurrection that Trump inspired.

Most recently, on the recent anniversary of September 11, Bush commemorated the occasion at the Flight 93 Memorial in Shanksville, Pennsylvania where he denounced “violent extremists at home.” Although Bush didn’t name any names, this generic denunciation was enough to prompt Trump, who spent the day providing commentary at a boxing match at a Florida casino, to fire back with a dig at Bush’s “failed and uninspiring presidency.”

Poised at a crossroads in history, Bush could have turned the tragedy of 9/11 into a moment not only of national unity but international solidarity. He could have pushed for a moratorium on violence instead of a new era of bloodletting. He could have pursued criminal proceedings against Osama bin Laden instead of declaring war on al-Qaeda as well as Afghanistan and Iraq.

Trump’s own failures — the destruction of a promising nuclear deal with Iran, the unraveling of a détente with Cuba, four years of inaction on climate change — certainly hold their own. In perhaps his most chilling failure, Trump presided over several hundred thousand excess deaths in a pandemic crisis that he woefully mismanaged. When that cost him re-election, he went to war with democracy itself.

But in terms of sheer body count, this still pales in comparison to the millions of lives lost in the war on terror and the missed opportunity to transform the post-Cold War era into a period of international cooperation and prosperity.

In his remarks on 9/11, Trump declared that Bush “shouldn’t be lecturing anybody.” Again, Trump is right up to a point. George W. Bush, number 29 in the historians’ ranking, has no moral standing to lecture people — with one exception. And that’s number 41, Donald Trump.