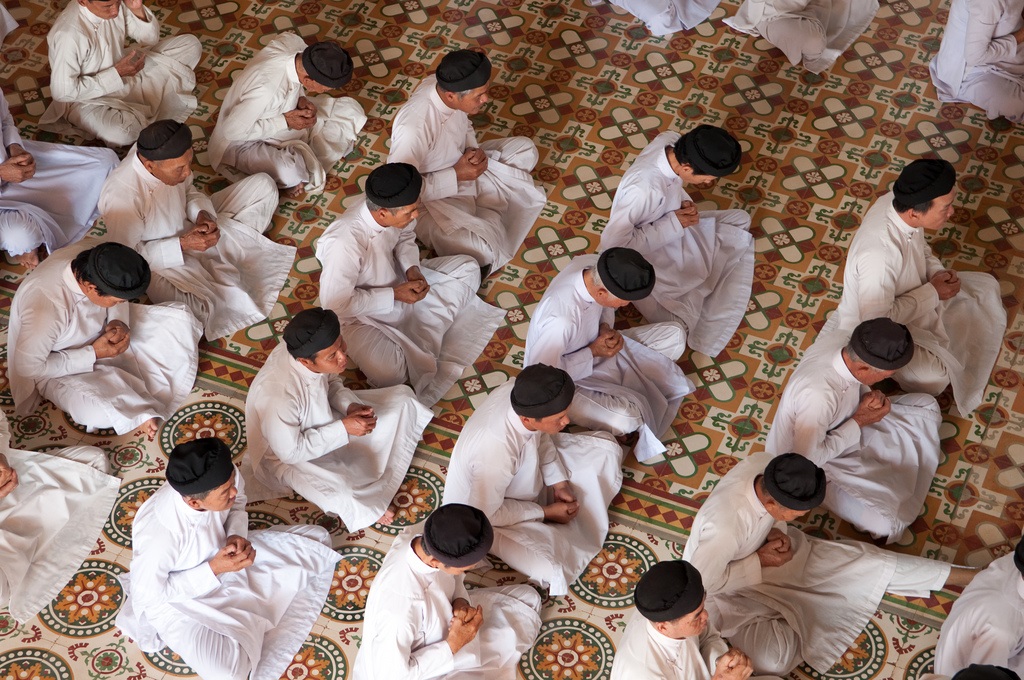 What We Get Wrong about Religious Violence

Ignoring religion’s role in radicalization means we’re not attending to the needs of those most at risk of joining extremist groups.
By Hannah Gais | February 11, 2015

Shortly before masked gunmen blasted their way into the offices of the French satirical newspaper Charlie Hebdo last January, they reportedly shouted “Allahu akbar, we’ll avenge the prophet!” If the paper wasn’t notorious before for its provocatively blasphemous cartoons of the Prophet Muhammad, it surely is now.

Almost immediately, a familiar argument broke out over whether the attackers’ religion was to blame.

“Because the ideology is the product of a major world religion, a lot of painstaking pretzel logic goes into trying to explain what the violence does, or doesn’t, have to do with Islam,” George Packer wrote in The New Yorker in the days after the attacks.

From the 9/11 attacks to the Charlie Hebdo shooting and the subsequent arrests of suspected terrorists in France, Belgium, and Germany, Western commentators have far too often framed religion’s role in instigating violence in unabashedly dualistic terms.

On one hand, there are those who decry the totality of Islamic theology as inherently violent. Islam, we’re told, is categorically distinct from the two other Abrahamic faiths, and it’s caught in irrevocable conflict with Western civilizations. Its borders, Samuel Huntington famously insisted, are bloody.

“Islam is a difficult religion, because it confuses civil and religious law. It doesn’t recognize the French principle of secular government,” Wallerand de Saint-Just, national treasurer for France’s far-right National Front party told Al Jazeera. “Islam has a tendency to create fanatics more than any other religion. The facts on the ground prove this.”

Failure to acknowledge Islam’s propensity to violence, argued Ayaan Hirsi Ali, a fellow at the Harvard Kennedy School and a former scholar at the neoconservative American Enterprise Institute, has had dire consequences. Muslim leaders “ask us not to link acts of violence to the religion of Islam because they tell us that theirs is a religion of peace, and we oblige,” she opined in the The Wall Street Journal. “What do we get in return? Kalashnikovs in the heart of Paris.”

On the other hand are those who shy away from pinning any religious motivations on these violent acts. Al-Azhar, an ancient Sunni learning institution in Egypt, condemned the attacks, saying, “Islam denounces any violence.” President Obama, in a recent speech at the National Prayer Breakfast, noted that violence “is not unique to one group or one religion.” Obama and others see extremists’ motives as tied to alienation and disillusionment, where religion just provides a mask for other sinister motives.

This “pretzel logic” is unnecessary. Framing violent acts committed in the name of God as either exclusively motivated by religion or not at all misrepresents and oversimplifies our relationship with faith. Such a polarity feeds both Islamist and right-wing extremist narratives as well.

An individual’s relationship with and experience of faith communities is complex. The West has long grappled with the relationship between an individual’s beliefs and those shared among individuals within a broader religious or societal context. Most agree that faith is personal, and the freedom to practice (or not practice) a faith of one’s choosing is a basic human right.

However, “protected” and “personal” can have a variety of interpretations. For France, a history of heavy clerical involvement in state affairs led to the relegation of religious observance to the private sphere, separate from public life and affairs of state. Secularism, known in its French form as laïcité, is the norm, and a somewhat new one at that.

Although its ideological roots lie in the French revolution, today’s understanding of laïcité can be tied to a 1905 law on the separation of church and state. The law prohibited the state from funding, recognizing, and endorsing religious groups. It has often been interpreted as the rough legal equivalent of Mendelssohn’s old adage that one should be “a cosmopolitan man in the street and a Jew at home.”

These days, laïcité has undergirded a number of laws governing public displays of religion. In 2004, for instance, lawmakers introduced a prohibition on wearing conspicuous religious symbols, such as the hijab or a kippah, in schools. In 2011, a similarly controversial law banning the wearing of niqabs and burqas in public went into effect.

Charlie Hebdo has deep roots in the French anti-clericalism movement and fancies itself a protector of this secular order. Through sacrilegious imagery that spares no one, its message becomes clear: nothing is, nor should be, sacrosanct. “We’re a newspaper against religions as soon as they enter into the political and public realm,” Gérard Biard, the paper’s editor in chief, told The New York Times in 2012. “You’re not meant to identify yourself through a religion, in any case not in a secular state.”

Following last month’s attacks, a new government edict has sought to reinforce the teaching of laïcité in public schools. Parents and students will soon be required to sign a charter asserting they will respect laïcité, and the government has proclaimed December 9 to be the Day of Laïcité. Unsurprisingly, these developments have faced resistance from Muslims and non-Muslims alike.

Immigrant communities in particular often regard restrictions on public expressions of faith as forcing them to reject their heritage. “Some see intégration not as a formal process — that is, the process of becoming full-fledged French citizens, attaining a certain level of prosperity, and engaging in political activities — so much as a cultural requirement that really means something like ‘check your identity at the door,’” wrote Jonathan Laurence and Justin Vaisse of the Brookings Institution in a 2006 report. “To them, integration sounds more like ‘disintegration.’”

It’s this perceived tension between private religiosity and public secularism that’s at the heart of the debate over Islam’s role in attacks like the recent ones in Paris, arguably even at the heart of a debate over the role of religion in violence in general. It’s a tension, too, that can be easily resolved by acknowledging religion as an inseparable part of an individual’s identity. Even if the Kouachi brothers were nothing more than criminals, if they did believe they were acting on a religious impulse, that can’t be easily dismissed from their motive to kill.

Within this framework, religion is a means, not an end. Extremists of any creed may use and abuse religion to justify and legitimize their own violent political interests. Religion happens to be an easy vehicle — it’s personal, lends itself to a variety of interpretations, and frames struggles in new, grander meanings.

It’s also accessible. As Said Ferjani, an official in Tunisia’s moderate Islamist Ennahda party, told The New York Times, “Some people who feel crushed or ignored will go toward extremism, and they use religion because that is what they have at hand. If you are attacked and you have a fork in your hand, you will fight back with a fork.”

The Case for Listening

What’s frightening is that tapping into this narrative of disintegration isn’t just in the interests of Islamist extremists — it can also be of significant benefit the far right. So much so that “the real threat in France, and in Europe more broadly, is not the fantasy of a thousand jihadist sleeper cells poised to wreak havoc on society,” Walden Bello wrote recently in Foreign Policy In Focus. “The real threat is the repression of migrant communities by national security states.”

Far-right politicians like National Front leader Marine Le Pen use the fringes to their benefit, weaving a narrative that turns frustrations associated with being an underprivileged minority into an outright rejection of the system as a whole. Feelings of alienation, otherness, and the resulting anger among French Muslims and other religious or ethnic minorities who have become scapegoats for Le Pen and the National Front is likely a far stronger tool for the far-right than they will admit. Indeed, the Kouachi brothers probably did more for Le Pen than thousands of dollars spent on campaigning could ever do.

That may be what the attackers want. Juan Cole, a professor at the University of Michigan, wrote on his blog, Informed Comment, that one higher-order goal of the attacks could have been “sharpening the contradictions” between Muslim and non-Muslim groups in France. Turning the discussion of these specific attacks — or even a discussion about Islamic extremism at large — into one of whether or not the Islamic faith is responsible for violence more generally can risk doing that as well. Asserting that Islam is unique in its ability to radicalize risks claiming the totality of the world’s Muslims are represented by an ideology that they have nothing to do with. In placing the blame for fringe beliefs on some inherent vulnerability within the entire faith, it risks overlooking the root causes of terrorism while providing rationale for discrimination.

On the flip side, claiming that Islam or any other creed has nothing to do with terrorism risks ignoring why religion is used as a justification for violence. Seemingly religiously motivated conflicts can be found worldwide, from sectarian violence in Iraq and Syria, to Christian militias in the Central Africa Republic, and to “sword-wielding Buddhist mobs” in Burma.

In many ways, treating religion as a separate sphere of human activity is a predominantly Western — not to mention relatively modern — ideal. In most regions of the world, as well as throughout most of Western history, “There was … no coherent way to divide religious causes from social causes,” wrote religious scholar Karen Armstrong in The Guardian. “People were fighting for different visions of society, but they would not, and could not, have distinguished between religious and temporal factors in these conflicts.” Writing off religion’s roll in any given conflict would impossible.

Furthermore, ignoring religion’s role in radicalization means we’re not attending to the needs of those who are most at risk of joining extremist groups. Grasping for any compelling existential narrative that comes your way can be a cry for help — a sign that some deep-seated needs aren’t met. Ignoring that cry means we’re simply not listening.

Hannah Gais is assistant editor at the Foreign Policy Association, a fellow at Young Professionals in Foreign Policy and director of The Eastern Project.