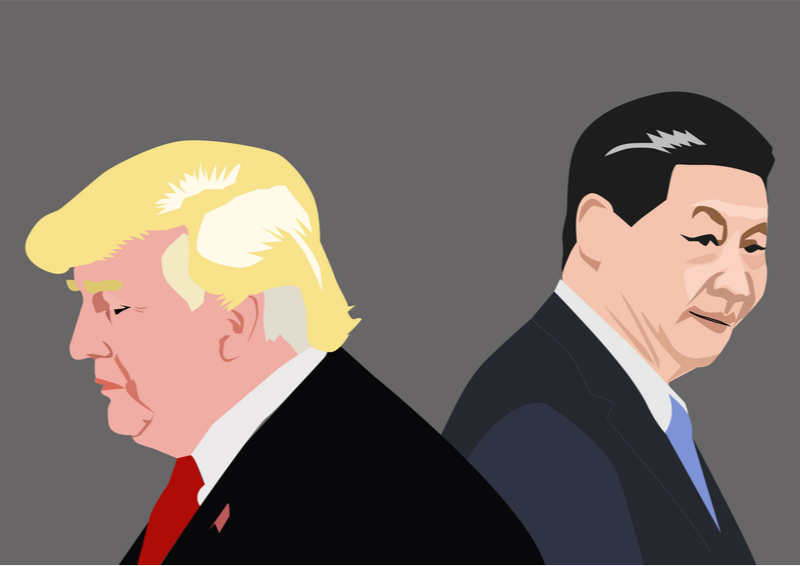 Getting China Wrong, Yet Again

The influential Council on Foreign Relations has released a remarkable special report by long-time diplomat Robert Blackwill entitled “Trump’s Foreign Policies are Better Than They Seem.” The report singles out Trump for praise because he identified China as a threat to the United States in economic, military, and cultural terms and criticized previous presidents for suggesting there was a need for strategic cooperation with China. The implication of the report is that the Obama and Bush administrations betrayed national interests by not taking a hard line on China.

The Council on Foreign Relations has a preeminent position in U.S. foreign policy, and this special report captures the Washington consensus on China at this moment. Politicians across the spectrum, from Donald Trump to Bernie Sanders and Elizabeth Warren, are increasingly speaking of China as a serious threat to American security and competitiveness.

Yet, in its effort to justify Trump’s more extreme actions against China, the report makes a series of deeply misleading assertions. For example, the report states:

While these presidents were making such optimistic statements over a nearly twenty-year period, China implemented a grand strategy under Xi Jinping; used geoeconomic tools to coerce its neighbors and others, including most recently though the Belt and Road Initiative (BRI); violated international commercial practices, including by committing massive theft of U.S. intellectual property; manipulated its currency for trade benefits; threatened Taiwan; build up its military forces to push the United States beyond Japan and the Philippines; constructed and militarized artificial islands in the South China Sea, in violation of the international law. . . and patiently and incrementally built its power and influence with the strategic goal of challenging the United States as the primary power in Asia.

This passage suggests that China is a brutal aggressor that ruthlessly employs political, economic, and military tools to coerce its neighbors and violates international law as part of a dangerous plot to challenge American dominance.

In fact, Beijing’s main strategy is “the Chinese Dream” whereby the country continues to modernize, developing its science and technology to become a more prosperous country and offer its citizens a better life. China wants to become a more influential voice in international affairs, which is not surprising given that the Eurocentric “international community” has ignored Beijing’s voice for so long despite China having one fifth of the Earth’s population.

Just take a look at the means that China uses for promoting its ideas. The May “Conference on Dialogue of Asian Civilizations” in Beijing argued for a constructive effort to find the best of cultures from around the world, starting with the assumption that all civilizations are essentially equal. There was none of the contempt for Islam or for “developing” nations that is common in recent American statements. But the critical point is not China’s rhetoric, but rather its actions. Unlike the United States, China has not invaded or attacked any other country since a brief border conflict with Vietnam in 1979.

Blackwill’s report goes on to attack the Belt and Road Initiative (BRI) as a “geoeconomic tool to coerce China’s neighbors and others,” painting a dark vision of a nefarious effort to undermine the sovereignty of the nations of the world. But that was not the mood among the 37 heads of state who attended the recent Second BRI Forum for International Cooperation held in Beijing in April. Although there was plenty of jealousy on the part of rivals, the equitable agreements with nations, especially small nations, was striking. A deep commitment to international law and the principles of the United Nations was visible in all the interactions of BRI—while the United States has been pulling out of treaties left and right and showing open contempt for international law at every turn.

Blackwill asserts that China has violated international commercial practices, but it is hard to find any instance of a nation-wide effort to undermine accepted practices. Regarding the accusation of “theft” of intellectual property, numerous articles have debunked this specious charge. The term is used so broadly as to suggest that any collaboration between Chinese and American scientists is a theft of intellectual property, rather than an effort to pursue mutually beneficial research. Increasingly, Chinese students are accused of being spies without evidence. Emory University dismissed neuroscientists Li Xiao-Jiang and Li Shihua—for not disclosing funding from Chinese institutions—without giving them a chance to defend themselves.

The charge of Chinese manipulation of its currency for trade benefits is so ridiculous that even the Trump administration gave it up. But it is still trotted out for the CFR report. China obviously uses monetary policies to support its own currency. But so, too, does the United States pursue quantitative easing to manipulate the dollar.

The argument that China is militarizing to push the United States out of Asia is intriguing. The United States has been engaged in a massive military build-up around China for several decades. Given the history of Europeans carving up China into spheres of influence in the nineteenth century and Japan invading China in the 1930s, the Chinese have good reason to be nervous about any military build-up in the neighborhood.

But imagine the outcry in Washington if China started amassing naval forces off the California coast for training exercises, held “freedom of navigation” drills around Guantanamo Bay, or actively encouraged Hawaiian independence? That’s what U.S. actions look like from the Chinese perspective.

Similarly, the assertion that the artificial islands built by China in the South China Sea are a violation of international law is laughable coming from a country that blatantly violates international law on a daily basis and does not even recognize the United Nations Convention on the Law of the Sea (it frequently cites when criticizing China’s island-building projects. Moreover, Vietnam and Taiwan have similarly militarized islands in the region without a peep out of Washington. The best way to improve the environment in the South China Sea is for the United States, Japan, and other nations to keep their navies out of the region.

The United States needs to establish think tanks that present an objective analysis of national interests and do not push a narrative of confrontation with China that flies in the face of the overwhelming need for cooperation, from climate change and international law to joint research and cultural exchange. The United States must learn from China, and vice versa. Attacks on an imagined Chinese bogeyman only undercut this urgently needed cooperation.

Dennis Etler holds a doctorate in anthropology from the University of California, Berkley. He conducted archaeological and anthropological research in China throughout the 1980s and 1990s and taught at the college and university level for over 35 years.