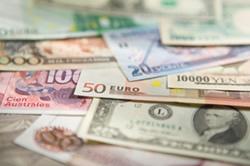 A very small charge on currency transactions could raise billions for development.
By William Minter | September 16, 2010

When world leaders gather for the Summit on Millennium Development Goals on September 20, the reports and the speeches will be largely predictable. True, there has been some progress made against global poverty. But particularly in Africa, the international community will likely fall far short of meeting the goals by the target year 2015. And even if the goal of reducing the poverty rate by half is achieved, about one billion people will still be living on less than $1.25 a day.

Rich countries will make new pledges and recycle old ones, but the bottom line is that their commitments to increase development aid will not be met. The estimated funding gap each year is $180 billion in unmet development aid needs. And that’s without counting new commitments needed to combat climate change and its rising impact in natural disasters such as the floods in Pakistan.

But one proposal making its way onto the agenda this year could fill a significant part of that gap. A group of 60 countries — the “Leading Group on Innovative Financing for Development” — is proposing a new fee on currency transactions they call a Global Solidarity Levy. At the proposed rate of 1/200th of 1 percent, such a “currency transaction levy” could bring in more than $30 billion a year, and potentially much more.

The proposed fees would be so small as to be painless, even to those making large currency transactions. They could be easily collected. They would break with the paradigm of voluntary “aid,” dependent on shifting political winds. And a large number of economically powerful countries already support this proposal.

The turnover in foreign exchange markets has reached $4 trillion a day, according to the latest Bank for International Settlements report just released this month. That’s more than the total output of the U.S. economy in three months. And it’s more than a threefold increase in global transactions since 2001. More than 80 percent of these transactions are speculative, as financial institutions trade currencies to profit from changes in rates. Yet, unlike almost all retail transactions, currency transactions deliver no revenues to public coffers.

A similar proposal by Nobel Laureate economist James Tobin in 1972 to tax such transactions never gained traction in mainstream policy discussions, and any “global taxes” are still anathema in the U.S. political arena. But the countries advancing this proposal already include 11 of the G-20 group of the world’s economic heavyweights, including traditional financial powers like Britain, France, Germany, and Japan, as well as Brazil, India, Mexico, Saudi Arabia, South Africa, South Korea, and Spain. Expert studies of possible market distortions as well as the feasibility of implementation show that potential disadvantages are minimal.

In contrast to Tobin’s proposal, which was aimed at reducing speculation, the proposed solidarity levy rates are set so low as to have almost no market impact. An immigrant transferring $1,000 to a family member at home would pay a nickel. An investor transferring a million dollars would pay only $50. These amounts would be hardly noticed in comparison to transaction fees already paid to currency dealers. And the largest burden would fall on those profiting the most from financial globalization.

Moreover, the same computer technologies that have fueled international financial transactions now make implementation of such a fee relatively simple. The CLS (continuous linked settlement) Bank already handles about half of currency settlements worldwide, and central banks track trades in their own currencies. Piggybacking the new levy on central currency settlements would be efficient and make it difficult to evade.

Disbursement of funds could be handled by a new independent agency with representation from governments, civil society, and international organizations. There are already successful models. These include not only the well-known Global Fund to Fight AIDS, Tuberculosis, and Malaria, but also UNITAID, which administers receipts from the air ticket levy already started by several countries in the Leading Group. The essential element is to focus on transparent and results-based funding of national-level projects without becoming involved in direct implementation. As with UNITAID,
such an agency could combine a reliable flow of revenue aggregating very small levies with additional funds donated by governments, the private sector, and individuals.

Getting all major countries to sign up for the idea is unlikely any time soon. Rep. Peter Stark (D-CA) has introduced a bill in Congress for a levy along these lines, but it has only four cosponsors. However, one of the advantages of the idea is that even implementing it for one or two major currencies, such as the British pound, the Euro, or the Yen, could spread the burden around the world to all those trading in those currencies. “If the political will is there, it could be done within 2-3 years,” Belgium’s Development
Cooperation Minister Charles Michels told Reuters. Even if the United States may be the last to get on board, the currency transaction levy is an idea whose time has come.

William MinterWilliam Minter is the editor of AfricaFocus Bulletin (http://www.africafocus.org) and a contributor to Foreign Policy In Focus.