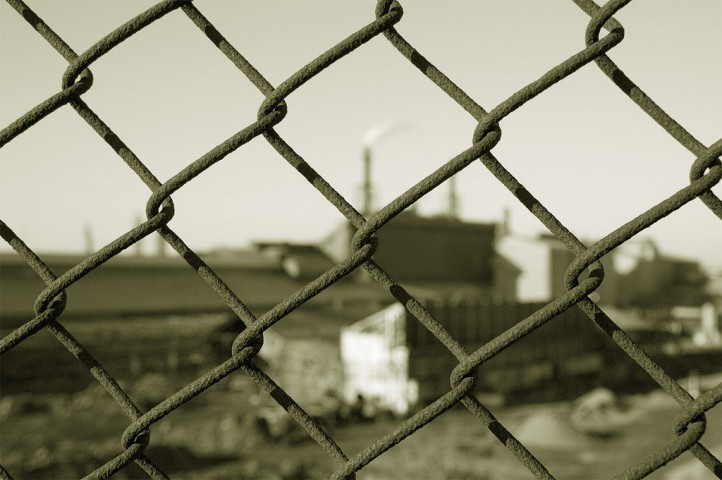 The World Trade Organization (WTO) is on its last legs now that the Trump administration has blocked the appointment or reappointment of judges to the appeals court of its Dispute Settlement Mechanism — which is the central pillar of the 24-year-old multilateral body.

Do I regret the demise of the World Trade Organization now that Trump is on a unilateral trade rampage? No. I always saw the WTO and unilateralism as two faces of U.S. power deployed against those countries seeking to remake the world trading order in a more equitable and just direction.

Multilateralism and unilateralism have, since the end of the Second World War, been alternative strategies for global hegemony preferred by competing factions of the U.S. ruling elite.

The Democrats preferred multilateralism because they felt it would both institutionalize the U.S.’s hegemonic status in the world trading order at the same time that it would make it more legitimate by obtaining the consent of its allies. Republicans, however, felt that the exercise of U.S. power should be as little constrained by global rules and institutions as possible.

These two views clashed head-on in 1948 during the debate over the ratification of the Havana Charter, which would have established the International Trade Organization (ITO). After having participated in the negotiations, the Democratic administration of President Truman did not submit it to the Senate for ratification, worried that the Republicans would successfully block it. The Republicans argued that ratifying the Havana Charter would be unconstitutional since no legal code could stand above the U.S. Constitution, and that a treaty governing trade would do precisely that.

Republicans and Democrats agreed to a compromise: the much weaker General Agreement on Tariffs and Trade (GATT), which had little checks on U.S. trade practices and did not bring under its ambit the global agricultural trade that U.S. corporations dominated. With trade making up only a small part of U.S. gross domestic product (GDP) then, the U.S. was not worried about the absence of strong rules on global trade, and felt these would only harm the bottom line of its emerging transnational corporations.

Paradoxically, GATT allowed the rise of a number of formerly minor trading countries into major actors in global trade, which would not have been possible within an iron-clad free trade regime. These were mainly economies from East Asia like South Korea, Taiwan, and Malaysia that engaged in aggressive export policies while building up manufacturing industries protected by high tariffs and import quotas. At the same time, by the 1970s and 1980s, trade accounted for a greater part of U.S. GDP than in the late 1940s, and U.S. corporations wanted fewer restrictions on their penetration of foreign markets.

So Washington changed its mind in the 1980s, and both Republicans and Democrats agreed to push for a strengthened global trade regime.

The U.S. was confident that it would benefit mainly its corporations which it saw as the most competitive in the world. The European Union decided to join the bandwagon for a strengthened international trade regime mainly because, like Washington, it wanted to dump its massive agricultural surpluses on developing countries.

Leading industries in Europe, the U.S., and Japan — like the automobile, information, and pharmaceutical industries — also had a joint interest in preventing the emergence of new competitors from East and Southeast Asia by making the latter’s liberal acquisition of complex technologies (dubbed “intellectual piracy”) a violation of trade rules, or by preventing them from using trade restrictions to build up their industries.

The result was the World Trade Organization, which came into being in 1995. The WTO, from the perspective of U.S. interests, was a set of rules and institutions that would promote, consolidate, and legitimize structures of global trade ensuring the hegemony of US interests.

While free trade was the rhetoric of the WTO, the achievement of monopoly was actually the aim of the WTO’s three most important agreements.

The Agreement on Agriculture (AOA) institutionalized the dumping of U.S. and European surpluses on developing countries by forcing the latter to end their import quotas and lower their tariffs. The Trade Related Intellectual Property Rights Agreement (TRIPs) sought to institutionalize U.S. corporations’ monopoly of high technology by outlawing reverse engineering and other methods used by developing countries to get universal access to knowledge. The Trade Related Investment Measures Agreement (TRIMs) sought to prevent countries from imitating Japan, South Korea, and Malaysia and using trade policy, like reducing imported inputs into finished goods in favor of local inputs, to build up industries that became significant competitors both in local and global markets.

Then, in 2003, with the heft provided by India, Brazil, and China (a WTO member since 2001), the developing countries in the WTO were able to prevent the U.S. and EU’s attempt to dismantle government protection of small farmers. They foiled attempts to tighten the already very restrictive TRIPs Agreement, and prevented the joint U.S.-EU attempt to bring investment, government procurement, and competition policy under the ambit of the WTO.

Following this, the U.S. abandoned the multilateral route. After the Fifth Ministerial of the WTO collapsed in Cancun in 2003, the Republican Bush administration’s Special Trade Representative Robert Zoellick warned: “As the WTO members ponder the future, the U.S. will not wait: we will move towards free trade with can-do countries.”

Over the next few years, the U.S. and the EU preferred to put their efforts into forging bilateral trade agreements or limited multilateral agreements, like the Trans-Pacific Partnership (TPP) that was the fallback position favored by the Obama administration. So Trump did not initiate the move back to unilateralism — he merely brought to its climax, with his trade war with China, a swing back to unilateralism that had begun with the George W. Bush administration in 2003.

Indeed, Trump’s blocking of judges to the WTO’s appellate court is simply an extension of the policy of blocking the appointment or reappointment of judges practiced earlier by the supposedly multilateralist Obama administration. The most notorious trade act of the U.S. under Obama was its ouster in 2016 of Appellate Body Member Seung Wha Chang of South Korea on the grounds that it did not agree with the distinguished South Korean jurist’s judgments in four trade disputes involving the U.S.

This may, in fact, be the least undesirable of outcomes. For many developing countries, the era of the weak GATT regime from 1948 to 1995 was a dynamic era that left them a lot of development space owing to the lack of pressure for them to open up their agricultural and manufacturing sectors, weak trade dispute mechanisms, and the absence of anti-development pro-developed country regimes like TRIPs.

Instead of the chaos that neoliberal ideologues warn us against, current conditions might, in fact, be moving in the direction of a hybrid GATT-like system that would hold out a larger space for efforts at genuine sustainable development by the global South.

One of the principal actors in the Anti-Globalization Movement, FPIF commentator Walden Bello is the author of Deglobalization: Ideas for a New World Economy (Zed, 2000) and Revisiting and Reclaiming Deglobalization (Focus on the Global South, 2019). He can be contacted at waldenbello@yahoo.com. This article originally appeared in German in the German periodical Welt-Sichten, Nov 7, 2019