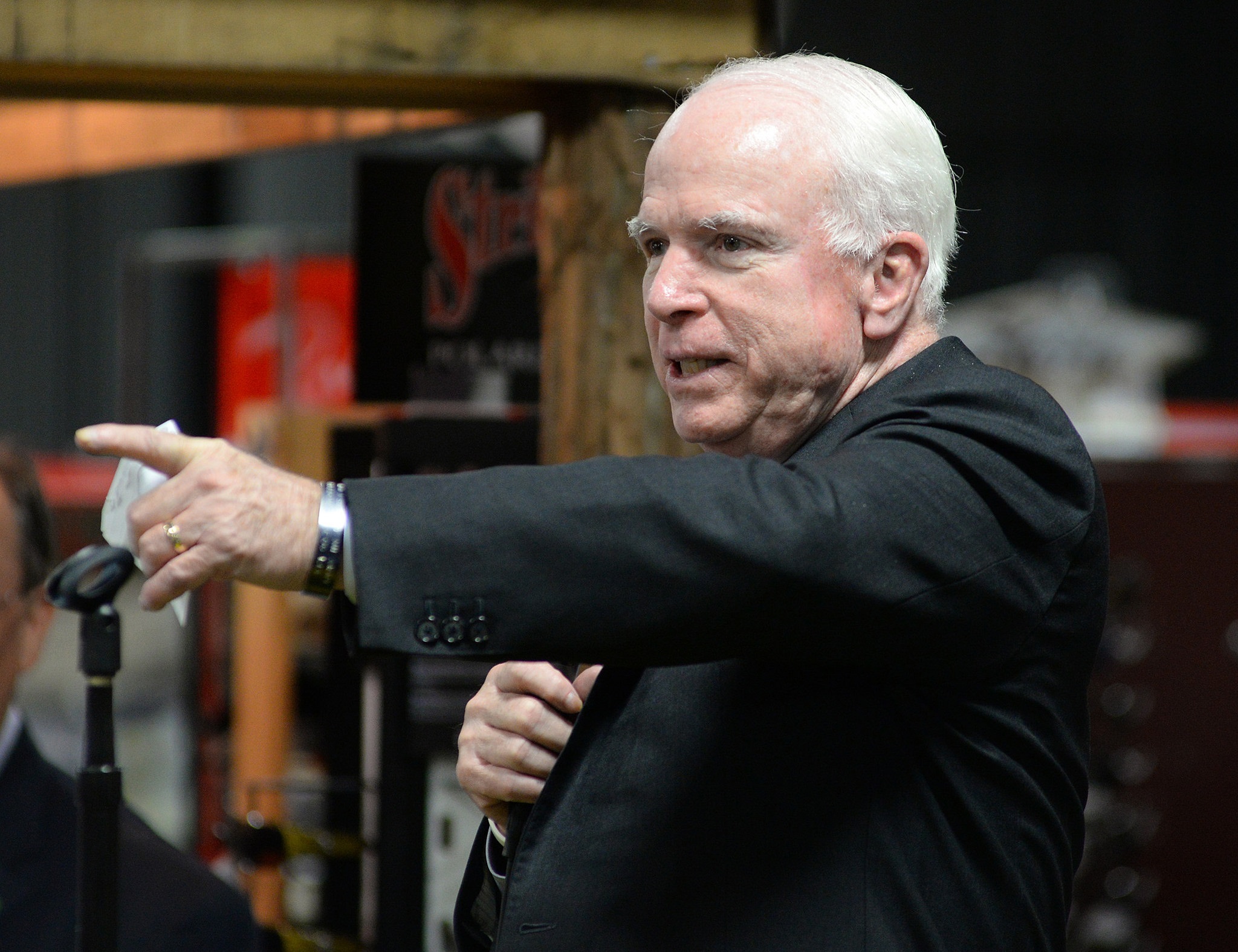 What a GOP Senate Means for Obama’s Foreign Policy

2015 could yet see some significant developments—at least on issues where the White House and GOP are aligned.
By Kaja Baum | November 17, 2014

Who ever heard of a flock of hawks?

After the sweeping Republican midterm victories, that’s what will descend on Washington come January for the 114th Congress. What does this mean for the future of the United States and its much debated role overseas?

Though a few new hawkish members may not alter the future of U.S. foreign policy alone, the musical chairs that will result as Republicans take control of the Senate could leave a noticeable imprint on Obama’s last two years in office.

Longtime GOP hawk John McCain, for example, will likely take over the Senate Armed Services Committee. McCain has said that he and Bob Corker, the incoming Foreign Relations chair, and Richard Burr, who will head the Select Committee on Intelligence, have plans to work “closely together on everything.”

In a few cases, that will complicate the president’s agenda. But in others—particularly on trade and on the war in Iraq and Syria—a GOP Senate could actually abet it.

Perhaps the most vulnerable Obama prerogative are the negotiations currently underway over Iran’s nuclear program. The putative deadline for a deal comes November 24th, a year after the interim agreement in 2013 temporarily eased economic sanctions against Iran’s uranium enrichment program while talks were underway about a final settlement. The talks are widely expected to receive an extension.

The prospects for a long-term settlement are a little more uncertain now. Republican senators, most of whom have expressed opposition to any deal that would allow Iran to continue enriching uranium, could make it difficult for Obama to permanently remove sanctions. As the Boston Globe notes, Iranian leaders are aware that Obama has a short time left in office, meaning any deal made by the White House could be short lived if Congress has anything to say about it. As a result, the Iranians “will be less likely to make concessions for a deal that could simply fall apart.”

Boots on the Ground

The Obama administration has already escalated its military intervention against the Islamic State in Iraq and Syria. With Republicans at the helm of key Senate committees, however, he can expect pressure to escalate the war much more dramatically.

“We may be able to ‘contain’” the Islamic State, McCain said at a recent conference. “But to actually defeat ISIS is going to require more boots on the ground, more vigorous strikes, more special forces, further arming the Kurdish peshmerga forces, and creating a no-fly zone and buffer zone in Syria.”

After repeated assurances that he would not put boots on the ground in Iraq and Syria, Obama has already announced the deployment of 3,000 U.S. troops to Iraq. To continue on this path, the president has said that he will seek congressional approval—and lucky for him, a Republican-led Senate will be just the place to get it.

With Obama increasingly willing to throw U.S. troops back into the chaos— and with a hawkish congressional leadership egging him on—another drawn-out war in the Middle East suddenly seems more and more likely.

Recent reports of unmarked convoys and a resurgence of violence in Ukraine have some experts, including U.S. General Philip Breedlove, ringing the bell on a Russian invasion of its neighbor.

Though some Republicans are reluctant to cooperate with Obama, most support fast tracking the president’s trade promotion authority. This will give Obama the power to negotiate the pacts directly and present Congress with finished agreements for a direct vote without amendments. As John Hudson of Foreign Policy writes, this would allow Obama to wring “the most concessions from foreign governments” during the negotiation process, since “other countries won’t extend their best offer if they know Congress can later amend the deal in a thousand different ways.”

Critics, however, have charged that fast-track authority will also make it easier for the corporate lobbyists advising the negotiators to insert opaque provisions that could undermine labor and environmental protections.

The final years of Obama’s reign in the White House may not be dismally fated on all fronts. 2015 could yet see some significant developments—at least on issues where the White House and GOP are aligned.