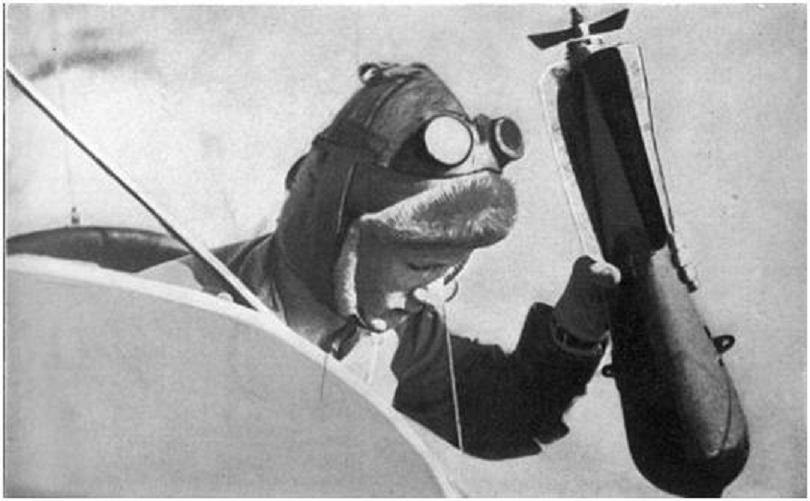 How We Got Here: A History of Missed Opportunities with Iran

Iran has been willing to deal for at least a decade. Why are there still calls for more sanctions?
By Sina Toossi | November 7, 2013

As negotiators from Iran and six major world powers convene again in Geneva, prospects for resolving the decade-long impasse over the Iranian nuclear program are better than they have ever been.

Led by newly elected President Hassan Rouhani, Iran’s recent diplomatic overtures to the West have led many analysts to conclude that Washington’s long-standing sanctions policy against Tehran has finally worked. This has led to calls for even more “crippling” sanctions against Iran during this sensitive time of heightened diplomacy, with proponents arguing that this will get the “already down” Iranians to totally capitulate on all outstanding differences with the West.

This might sound reasonable to casual observers. But the sanctions hawks are overlooking more than a little history.

There has never really been any serious doubt about this either, at least as far as the International Atomic Energy Agency (IAEA) is concerned. The IAEA’s regular reports on Iran’s nuclear enrichment activities, which it has intensively inspected for nearly 10 years, have never provided any evidence of Iran developing nuclear weapons. Western intelligence agencies too have long maintained that Iran does not have a nuclear weapons program.

Iran’s nuclear activities first came to international spotlight in 2002, when the Iranians were allegedly caught “red-handed” with an illicit nuclear program. However, while Iran was indeed pursing a nuclear program at this time, it was not, as per the tenants of the nuclear non-proliferation treaty (NPT), required to disclose any of its nuclear facilities until six months before nuclear material would actually be introduced to any of its facilities, a threshold that was never reached.

Regardless, the Iranians arguably went above and beyond their international obligations to ease international concern during this time and, under the reformist government of President Mohammad Khatami, froze all of their nuclear enrichment activities. Additionally, they signed onto the NPT’s “additional protocol,” which required the country to give advance notice of future facilities to the IAEA and to adhere to more intensive inspections.

In return, the Iranians wanted recognition of Iran’s legitimate security interests in the region, a halt to hostile U.S. behavior, recognition of Iran’s right to enrich uranium on its soil, and the abolishment of all sanctions. In effect, they wanted what they have always wanted since the 1979 Islamic Revolution: for the United States to recognize the Islamic Republic as a legitimate government and to acknowledge its role and interests as a regional power in the Middle East.

The Iranians resumed enrichment in 2005 after what they said was the failure of European-led negotiations to build confidence and reach a resolution that would allow for peaceful enrichment on Iranian soil—a right Iran claimed under the NPT. The Iranians went their own way, dismissing Western “red lines” and expanding their nuclear enrichment program. This resulted in the first round of UN Security Council sanctions being imposed on Iran in 2006.

Soon after this, an effort was made by then-Secretary General of the IAEA, Mohammad Elbaradei, to resolve the Iranian nuclear standoff. Elbaradei suggested a deal wherein Iran would give up industrial-scale enrichment and limit its enrichment program to a small-scale pilot facility, and agree to import higher enriched nuclear fuel from Russia. Iran actually responded positively to this proposal, but the offer was dismissed by the Bush administration, which vowed not to approve of any deal that allowed enrichment inside Iran.

In 2010, another diplomatic opportunity arose that prominent political scientist Stephen Walt has said could have been “a step towards the solution of the whole Iranian nuclear program.” Brokered by Turkey and Brazil, rising powers that wanted to enter the world stage by helping to solve the Iranian nuclear dispute, the deal would have seen Iran exchanging large amounts of its stockpiles of low-enriched uranium for small amounts of medium-enriched uranium.

Iran has long argued that it needs medium-enriched uranium (which can be converted to weapons-grade uranium much more easily) to operate a medical research reactor in Tehran that creates vitally needed cancer medicine. To the surprise of many, Iran accepted the deal, and the stage was suddenly set for a potential solution to the Iranian nuclear impasse.

However, U.S. Secretary of State Hillary Clinton quickly poured cold water on the whole affair and condemned the deal, worrying that it would undermine support for new sanctions the United States was pushing for against Iran. These new sanctions were soon ushered through the UN Security Council by the United States, where Turkey and Brazil (then rotating members of the council) voted against them.

The argument that sanctions have prompted Iran’s more conciliatory stance today ignores these past overtures. At several junctures in the past 10 years—well before current sanctions were in place—Iran put more concessions on the table than most analysts think it would be willing to offer today. In trying to ascertain what the next diplomatic steps with Iran should be, U.S. diplomats and decision-makers should be cognizant of these previous missed opportunities.

Iran’s “new” strategy is more a consequence of the election of Hassan Rouhani than of sanctions. Rouhani ran on a platform stressing international reconciliation and serious diplomacy aimed at resolving concerns over the country’s nuclear program. He has since brought back more or less the same reformist team that was responsible for the concessions Iran offered 10 years ago—the most it has ever been willing to make.

So far, the Supreme Leader seems to have given Rouhani’s effort his blessing. But there is no reason to believe that if the Iranian people had voted for a more hardline candidate back in June—such as Saeed Jalili, who ran on platform of resistance to Western demands—Iran’s nuclear policy would be the same as it is right now under Rouhani.

There are also a few new geo-strategic factors that make a negotiated settlement with Iran more likely today. Perhaps foremost is that regional power dynamics have drastically changed in the Middle East compared to what they were 10 years ago. Iranian influence now stretches from Afghanistan to Lebanon—thanks in no small part to the U.S.-led wars of the past decade and a half.

But the United States and Iran now have more shared interests in the region than differences, particularly in preserving a stable Iraq and Afghanistan, checking the spread of Wahhabi extremism, and ensuring the free flow of oil out of the Persian Gulf, among others.

While there are certainly elements in the Iranian government that would not support any kind of cooperation between the United States and Iran, key Iranian officials and stakeholders have again and again proven their willingness to work with the United States where Washington’s agenda has overlapped with Tehran’s.

Examples abound. They include Iranian support for U.S. efforts in Bosnia in the 1990s (Iran sent arms to the Bosnians at the request of the Clinton administration, and the critical support Iran lent the United States during the invasions of Afghanistan and Iraq (they helped oust both governments and have propped up new governments to replace them).

Iran has also at times offered the United States olive branches that were turned down. In the early 1990s the United States reneged on its part of a deal by refusing to release frozen Iranian assets after Iran mediated the release of American hostages in Lebanon. An offer by pragmatic former President Hashem Rafsanjani for U.S. oil companies to invest in Iran’s oil fields was also spurned by President Clinton in the mid-1990s. Then of course there are the numerous missed opportunities at nuclear diplomacy since.

The United States has long sought to isolate Iran, but it has failed. The Islamic Republic continues to exist more than 30 years after the revolution that created it, and plays a bigger role in the Middle East today than it ever has before. With the rise of theocratic governments throughout the region, the U.S. policy of not recognizing Islamist governments is simply no longer feasible. And given the potential benefits of rapprochement with Iran, it’s not advisable either.

What the Iranians want is U.S. recognition, both for their government and for their legitimate interests in the Middle East—this is what their 2003 proposal was about, and it’s what their offer for talks now is about. Now that the United States is negotiating a potentially similar offer from Iran—even as Iran’s position in the region is far stronger, and its nuclear program far more developed than it was 10 years ago—Washington simply cannot afford to let this opportunity fall through.

It is critical for policymakers to understand at this point that sanctions—as a tool to coerce other nations to change their policies against their interests—are rarely effective. While sanctions have badly damaged Iran’s economy, the Iranians have adapted accordingly, a process that has been painful but not fatal. Most importantly, sanctions have failed to change Iran’s nuclear calculus, with the Iranians essentially offering the same thing now that they have been offering for the past decade.

Iran’s leaders are prepared to limit Iran’s domestic enrichment to the 5-percent level, sign onto the additional protocol of the NPT, subject their nuclear facilities to more rigorous inspection, and convert their existing stockpiles of 20-percent enriched uranium (which can more easily be converted to weapons-grade 90-percent enriched uranium) to fuel rods. In exchange, the Iranians want what they have always wanted: a recognition of their right to enrich uranium on their own soil (at the 5-percent level), the removal of sanctions, and a clear endgame to the dispute that puts to rest their worry that the United States is really after regime change.

If some sort of agreement with Iran over its nuclear program reached, the stage will be set to engage Iran on other regional issues. A mutually beneficial rapprochement between Iran and the United States could very well serve as the best security guarantee for American interests in the region for years to come.