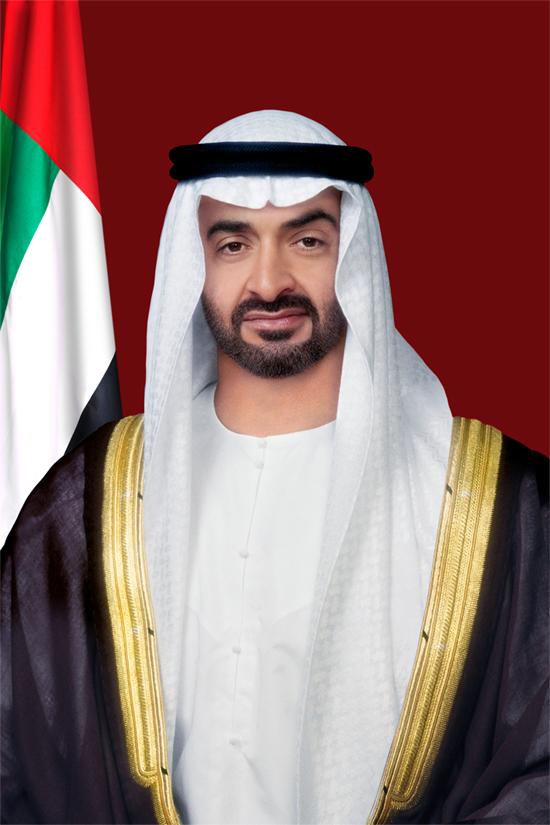 Gulf of Mistrust: Iran and the Gulf Protests

The Gulf regimes are using the threat of Iran as an excuse to crack down on democratic protests -- and the United States is going along.
By Bernd Kaussler | April 21, 2011 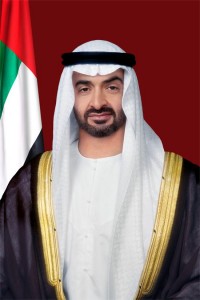 Relations between Iran and the Gulf Arab states have always been marked by hostility and mistrust about mutual intentions. This mistrust has locked these states in a Cold War-like security dilemma. The Gulf elites who run the Gulf Cooperation Council (GCC) have largely framed the recent popular protests in Saudi Arabia and Bahrain as Shi’a conspiracies backed by Iran intended to instigate instability and internal strife. As Gulf rulers struggle to reinvent themselves as “reformers” and bulwarks against Iran’s alleged revolutionary Shi’ism, relations between the GCC members and Iran are likely to further deteriorate.

In the absence of an indigenous collective security arrangement, meanwhile, the United States continues to underwrite the defense of GCC members. Gulf Arab rulers, relying on this U.S. security architecture and responding to perceived domestic security concerns, have supported a forceful response against the nuclear efforts of Iran. To that end, numerous diplomatic cables from the United Arab Emirates (UAE) and Saudi Arabia in 2008 revealed by WikiLeaks referred to Iran as an “existential threat” and expressed its concern about “getting caught in the crossfire if Iran is provoked by the US or Israel.”

In 2009, Mohammed bin Zayed, a crown prince of UAE’s Abu Dhabi, called Iranian President Ahmadinejad “Hitler” and cautioned the U.S. government against “appeasement.” In November 2009, a U.S. State Department cable notes that Bahrain’s King Hamad, in a meeting with General Petraeus, “argued forcefully for taking action to terminate their [Iranians’] nuclear program, by whatever means necessary. That program must be stopped,” he said. “The danger of letting it go on is greater than the danger of stopping it.”

In this environment, Arab states seek to strengthen their strategic ties with the United States in order to check Iranian influence in the region. As the Obama administration consolidates its military presence and extended deterrence in the region, the Iranian Revolutionary Guard Corps deputy commander made it clear in August 2010 that “Persian Gulf security is for all or for none.” As long as the United States continues to maintain an anti-Iranian alliance, the Iranian government will continue to argue that Gulf security is impossible to achieve and maintain if Arab Gulf states fail to take into account Iran’s concerns.

Iran’s foreign minister has insisted on the “indigenization of security” in the region, which requires “the removal of extra-regional forces and their interference with the aim of creating an unhealthy rivalry among the countries and undermining their relations.” In the absence of an indigenous security pact, Iran will continue to coerce its Arab neighbors. Likewise the Obama administration not only continues to rally Arab states against Iran but excludes Tehran from comprehensive negotiations over mutually acceptable security arrangements in the Persian Gulf. As American diplomats in Baghdad noted in September 2009:

In the longer term, we will need to flesh out ideas for a post-GCC security architecture that includes Iraq more fully, develops ways to contain Iranian regional influence, and shapes the special position Iraq will likely occupy in the Gulf in ways that further our interests and those of our Gulf partners. The challenge for us is to convince Iraq neighbors, particularly the Sunni Arab governments, that relations with a new Iraq are not a zero-sum game, where if Iraq wins, they lose. We still have work to do to convince them that a strong, stable, democratic (and inevitably Shia-led) Iraq is the best guarantee that Iraq will be able to shake Iranian manipulation and see its future bound up with that of the West and its moderate Arab neighbors.

The recent wave of popular demonstrations in Saudi Arabia and Bahrain has been met with fierce resistance by the ruling families. Saudi Arabia, concerned that if Bahrain falls it would be next, intervened militarily, sending troops across the King Fahd Causeway — a bridge built for this very purpose. According to its commander, Major General Mutlaq bin Salem al Azima, the objective of GCC’s Peninsula Shield Forces “is to secure Bahrain’s vital and strategically important military infrastructure from any foreign interference.” These forces are deployed at strategic positions in Bahrain, not directly cracking down on protests, but essentially allowing Bahrain’s security forces to create what Human Rights Watch calls a “climate of fear.” As the Gulf elites continue to use political violence against the opposition, they repeat the mantra that Iranian meddling is the sole cause of popular upheavals.

Kuwait declared three Iranian diplomats personae non gratae and expelled them for orchestrating a spy ring in the country and recalled its ambassador in Tehran in response. Earlier in March, a Kuwaiti court indicted two Iranians and one Kuwaiti citizen on espionage and sentenced them to death. In Bahrain this week, a trial starts against two Iranians and one Bahraini who have been charged with “collecting economic and military information and relaying it to senior Revolutionary Guards officials with an intention to harm Bahrain interests from 2002 to 2010.”

With reference to Iran’s alleged covert intelligence activities in Bahrain, the leader of the National Unity Gathering party, Shaykh Abd-al-Latif al-Mahmud went so far as to claim that the Iranian charge d’affaire himself was distributing weapons to Shi’a protesters in Manama. Regardless of the domestic realities of corruption, human rights violations, and lack of democracy, one Gulf foreign minister told London-based paper Al-Hayat that he was ready to go to war with Iran over Bahrain, again citing Tehran’s “network of espionage and subversion” and “incitement to sectarian sedition.” In March, the Saudi paper Al-Jazirah published a series of articles based on documents allegedly obtained from Iranian intelligence, which outline in great detail Tehran’s concerted efforts for controlling the revolts and eventually subverting Gulf states as well as Egypt. Abdullatif al-Zayani, the new secretary general of the GCC and the first Bahraini to hold that post, echoed these allegations and “strongly condemned the continuing Iranian interference with the internal affairs of GCC Arab states.”

As the Iranian government continues to crackdown on its own democratic opposition, the Green Movement, Iranian Foreign Minister Ali Akbar Salehi called on the UN Security Council to take swift action to “stop the massacre in Bahrain” and has repeatedly demanded the immediate withdrawal of Saudi and other GCC troops from Bahrain.

As Iran retaliated and expelled three Kuwaiti diplomats from the Embassy in Iran on April 9, Hossein Naqavi Hosseini, member of the parliamentary National Security and Foreign Policy Committee claimed Kuwait’s allegations are a U.S. plot devised to legitimize the current crackdown in the region. In 2007, Iran’s consul-general in Dubai Adel Assadinia defected and claimed that Iranians working as teachers, doctors, and nurses at Iranian-owned schools and hospitals across the Gulf are sleeper cells for the Islamic Republic, ready to be “unleashed” on orders from Tehran.

Maintaining a threatening posture toward states across the Persian Gulf has always been part of Iran’s defense doctrine. Much like Cold War strategy, Tehran needs to present itself as mad, unpredictable and militarily capable. What is important to note is that threats to Iran are real: In the last two years, two of its nuclear scientists have been assassinated and one wounded. The “Stuxnet Worm” cyber attack against Iran’s enrichment facilities has significantly set back its nuclear program. Sunni terrorists along the Pakistan border continue to strike against Iranian security forces and officials. If Iran had a “homeland security advisory system,” it certainly would be on red alert.

In the clandestine world of espionage and counter-intelligence it’s impossible to tell whether Iranian spooks have been caught in the act, or whether Gulf propaganda is diverting attention away from the real causes of unrest. In any case, relations between Iran and its adversaries across the Gulf are poor. Current hostile megaphone diplomacy from both sides will only make future relations more volatile, and negotiations with the P5+1 over the nuclear program even more difficult.

Meanwhile, attributing the uprisings solely to an Iranian cabal is an insult to the democratic aspirations of Saudis, Bahrainis, and other Arabs in the Gulf.

No Winners, No Losers

While the Gulf states clumsily link Iranian expansionism to the very collapse of their authoritarian regimes the U.S. government may be tempted to keep turning a blind eye to the crackdown. Its motives are threefold: checking Iran’s nuclear program, keeping the Gulf monarchies as allies, and preventing a possible Shi’a revolution in Bahrain, which hosts the U.S. 5th fleet.

No matter how brutally Bahrain’s regime acts, the United States will not back a “no-fly zone” over the country. The Saudis need to maintain the political status quo and Washington has little leverage over Riyadh right now. By and large, President Obama’s foreign policy in the Persian Gulf is still very much informed by the same power-based realism that led Washington to side with Saddam Hussein in the Iran-Iraq war.

More than ever before, a Cold War exists in the Persian Gulf. Both Iran and the Gulf monarchies have demonstrated a willingness to lock up, torture, and kill their own citizens in order to cling to power. The question remains whether they will go too far and put U.S. extended deterrence to a real test.

Bernd KausslerBernd Kaussler is an assistant professor of political science at James Madison University, an associate fellow at the Institute for Iranian Studies, University of St Andrews, and a contributor to Foreign Policy In Focus.