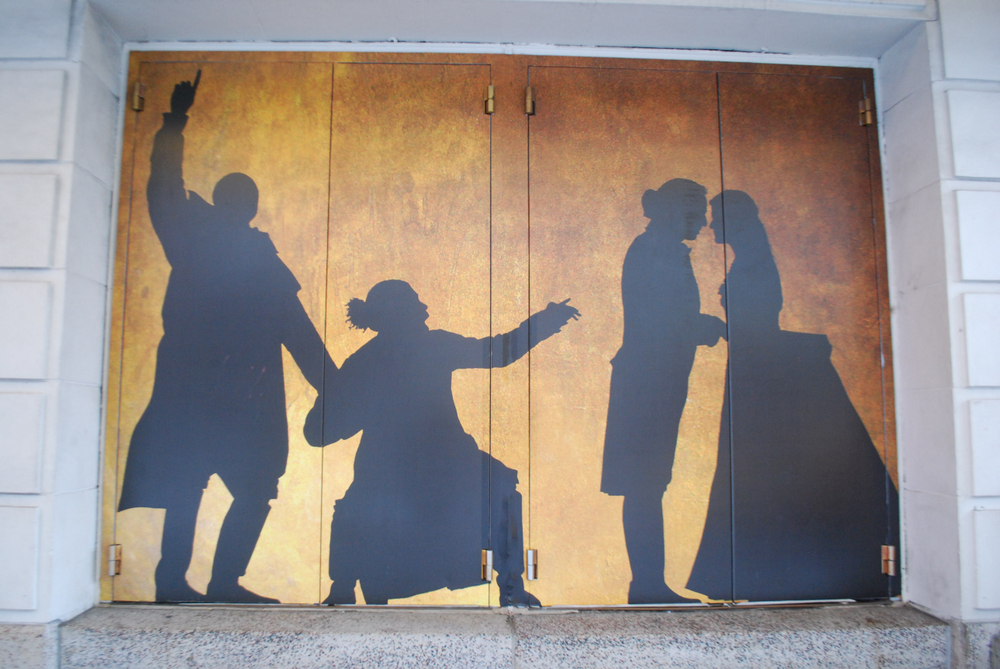 Hamilton and the Iconoclasts of Tomorrow

What blind spots will future generations condemn us for as they tear down today’s statues tomorrow?
By John Feffer | July 15, 2020

This week, 216 years ago, one founding father killed another in a duel in Weehawken, New Jersey. On that early July morning, the vice president of the United States squared off against the former secretary of the treasury. As virtually everyone in America now knows, thanks to Lin-Manuel Miranda, Alexander Hamilton didn’t survive the shootout with Aaron Burr.

At the beginning of this month, Disney released the film version of Miranda’s blockbuster musical, Hamilton. So, I could finally see this extraordinary synthesis of history, biography, music, and dance.

As a musical, it’s riveting.

Hamilton debuted five years ago, in the middle of Barack Obama’s second term. Just as Obama was daily reimagining the American presidency, Hamilton reimagined the American Revolution and the creation of the United States.

By casting people of color as the Founding Fathers — Washington, Jefferson, Madison —  the musical speaks to the universality of that eighteenth-century struggle and visually links the oppression of Americans at the hands of British colonialism to the oppression of people everywhere. It’s both a projection backward of Obama’s breakthrough and a lyrical version of an Obama speech.

Hamilton is radical in form: the casting, the incorporation of rap. The content, however, is quite mainstream. Aside from a couple references to slavery and the interests of wealthy bankers, it celebrates the spirit of 1776 in a way that Americans of all political persuasions can embrace.

And have embraced. On November 18, 2016, only a week after that gut punch of an election, Mike Pence attended a show, which prompted the actor portraying Aaron Burr to say at the close, “We, sir — we — are the diverse America who are alarmed and anxious that your new administration will not protect us, our planet, our children, our parents, or defend us and uphold our inalienable rights. We truly hope that this show has inspired you to uphold our American values and to work on behalf of all of us.”

It was a message from one rogue vice president to another.

Pence “appeared to enjoy the show and applauded liberally,” NPR reported. And for the next three years, he ignored the remonstration. Pence and Trump, too, portrayed themselves as revolutionary underdogs — rather than the reactionary overlords they really were — who wanted to be in “the room where it happens.” They, too, were not going to throw away their shot.

Now, in perhaps the supreme designation of mainstream status, Disney has made Hamilton available to the masses. How times have changed.

In 2020, thanks to the coronavirus, live theater seems impossibly risky (why are the performers touching each other? How can the audience sit so close together?). And, with protesters on the street challenging Washington and Jefferson over their slave ownership, the musical suddenly seems behind the times, though not nearly as backward as Aunt Jemima and the soon to be former Washington Redskins.

As A.O. Scott recently pointed out in The New York Times, “There’s been a bit of a backlash from the left against what’s perceived as an insufficiently critical perspective on slavery (and also on Hamilton’s role in the birth of American capitalism). At the same time, the extent to which Miranda celebrates America’s political traditions has been taken up as a cudgel against the supposed illiberalism of the statue-topplers and their allies.”

Miranda himself has acknowledged the criticisms from the left. History doesn’t stand still for anyone, not Thomas Jefferson, not Alexander Hamilton, not Lin-Manuel Miranda.

The Great and the Not-So-Great

What’s remarkable of course is the speed with which the political temperament has changed. In a few short months, statues have fallen throughout the United States, and not just those dedicated to the Confederate cause.

Also torn down or relocated are statues honoring figures associated with the genocide of indigenous people (Christopher Columbus), with slave-owning (Hamilton’s father-in-law Philip Schuyler), and with racist policing (former Philadelphia mayor Frank Rizzo). Statues connected to colonialism have fallen in the UK, Belgium, and elsewhere. Everything, it seems, is up for debate, even monuments to the heroes of the American Revolution.

We fully expect books and plays written in the 1950s to seem dated. Ditto those produced in the 1970s or even the 1990s.

The critiques of American failings — slavery, colonialism, racist policing — are not new. What’s changed is that the powerful have been forced to listen.

Perhaps Hamilton, despite its slighting of slavery and reverence for the Founding Fathers, even played a role in preparing the powerful for this shift. But let’s be real: the destruction of images — literally, iconoclasm — is a lighter lift than the transformation of structures. It’s one thing to take down Confederate statues, and quite another to remove racism’s grip on housing, education, and employment. Likewise, it’s more politically palatable to recast a play about the Founding Fathers than to grapple with the ugly truths that accompanied the founding of this nation.

At a deeper level, the musical and the statues share a common veneration of the Great Person. History, we are constantly reminded in art and monuments, is the product of founding fathers, great conquerors, kings and presidents and prime ministers. Campaigns are launched to diversify those numbers to include women, people of color, perhaps even an activist or two like Martin Luther King Jr. But the focus remains on the individual, not the countless people who turned the gears of history, planted the fields of history, occupied the streets of history, and ultimately changed the course of history.

As Hamilton acknowledges, Great Persons are always a product of their time and place, and they’re always flawed in some way or another. Sometimes those flaws are of an individual nature, like Hamilton’s adultery (or, more recently, the sexual harassment charges against Park Won Soon, the progressive activist and former mayor of Seoul who committed suicide last week).

More often, the famous personages are as blind to their faults as most everyone else in their society. Transforming society requires a collective effort to shine a light on these blind spots, as the Black Lives Matter movement has done, at home and abroad, around police violence, racist iconography, and the legacy of colonialism.

Iconoclasts of the Future, Unite!

So, perhaps it’s time to conduct a thought experiment. We’ve seen how quickly culture has moved on and left the blind spots of Hamilton more readily visible. How will future generations condemn us for our blind spots as they tear down today’s statues tomorrow?

I can almost hear our children gathering in the street to pull down the statues of the famous as they chant, “Carbon hog!” For will not contribution to the destruction of the planet ultimately be seen in the same light as colonialism, as the plunder and robbery of future generations?

Emancipation of slaves was a radical act in eighteenth-century America. The Polish revolutionary Tadeusz Kosciuszko berated his friend Thomas Jefferson at length to free his slaves, and Jefferson ignored him because, just as Pence shrugged off Aaron Burr, he could. Jefferson certainly had mixed feelings about slavery, but he was able to maintain the contradiction in his life of slave ownership and sentiments like “all men are created equal” because popular opinion, as opposed to Kosciuszko’s opinion, allowed him to do so.

Future generations may feel the same way about our simultaneous recognition of the perils of climate change and our car ownership, air travel, and use of air conditioning. Greta Thunberg, our generation’s Kosciuszko, similarly berates world leaders, and with as little immediate impact.

Future generations may also look askance at our nationalism. Why do we believe that we owe debts of obligation to strangers who live within certain borders and not strangers who live outside those borders? How could we countenance the return of desperate migrants and refugees to, in many cases, their certain death?

And what about all the statues raised to military leaders? It seems rather ridiculous to honor men who oversaw the slaughter of others just because they were on the winning side. Future generations may well look at all the celebrated generals as so many mass murderers.

Speaking of mass murder, how will future generations feel about the millions of animals that we kill every day for our own consumption? Or even the millions that we own as pets?

The list of potential blind spots is long indeed, and there are plenty of motes in my own eye. History is constantly evolving. There is no timeless art; there are no timeless values. Everything reflects the moment of its production, from the American Constitution to the latest iteration of Hamilton. We are engaged in a long, collective conversation enlivened by a soundtrack of insightful speeches, catchy tunes, and the rising roar of street protest.

As for those future statues, I dearly hope that they are pulled down, defaced, disgraced. Because that would mean, in a future of superstorms and nuclear threats and periodic pandemics, that at least there are still people around to take them down.