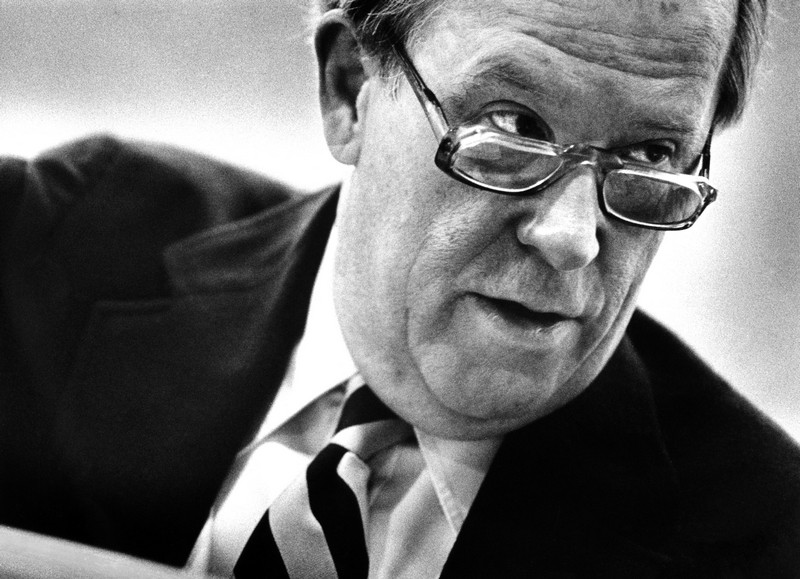 Whoever thought a candidate in the mold of Scoop Jackson would run for the presidency as a Democrat in the 21st century? (Photo: hmjackson.org)

Hillary Clinton Animated by the Spirit of Scoop Jackson

Hillary Clinton’s amalgam of militarism and domestic liberalism is a throwback to another era.
By Russ Wellen | May 20, 2016

I have long maintained that Hillary Clinton is a candidate out of step with her time. To put it another way, she is a couple of steps behind the will of the people. As an example of that, let’s resurrect the ghost of one-time Senator Henry “Scoop” Jackson (D-WA). He died in 1983, but, to a much greater extent than most legislators from his era – and to our detriment — his memory and influence live on. Here’s how he’s described at Wikipedia:

His hawkishness was such that he supported Japanese internment in World War II, the Vietnam War, and was known as the Senator From Boeing for his reflexive support of military spending such as a supersonic transport plane, which never got off the ground. His influence lives on in the neocons he mentored such as Richard Perle, Paul Wolfowitz, and Douglas Feith. A line can be drawn from him to the Iraq War.

At Salon, Andrew O’Hehir, who has been distinguishing himself with the commentaries he has been producing this election cycle (along with his usual film reviewing), refutes the notion that that Hillary Clinton is actually a Republican in Democratic clothing. But he writes, she’s “a Democrat of a specific vintage and a particular type.”

At least in her 2016 incarnation, Clinton is an old-school Cold War liberal out of the Scoop Jackson Way-Back Machine, a believer in global American hegemony and engineered American prosperity.

… Clinton’s problem, or let’s say the crux of her many problems, is that the machine dropped her into the wrong decade. She has no Cold War to wage against a monolithic ideological nemesis, only an endless, borderless and profoundly unsatisfying conflict against a nebulous, Whack-a-Mole enemy.

… Clinton has assumed for decades that her understanding of American politics and the global order, shaped by the Cold War liberalism of her youth, is rooted in unshakable reality and represents a finely calibrated blend of idealism and pragmatism.

She’s been inside the defensive Democratic Party carapace of Cold War liberalism for so long, believing it to be the only possible reality, that she hadn’t noticed until right now how much the political landscape had shifted.

Electing Hillary Clinton president gives the Democratic Party license to think it can continue to run a candidate for president that can bring in the money, but whose politics lags behind Democratic voters. Thus condemning the party to unnecessarily close victories or losses. Worse: we will be stuck with a president content to make incremental changes in a time of emergency that calls for sweeping gestures.