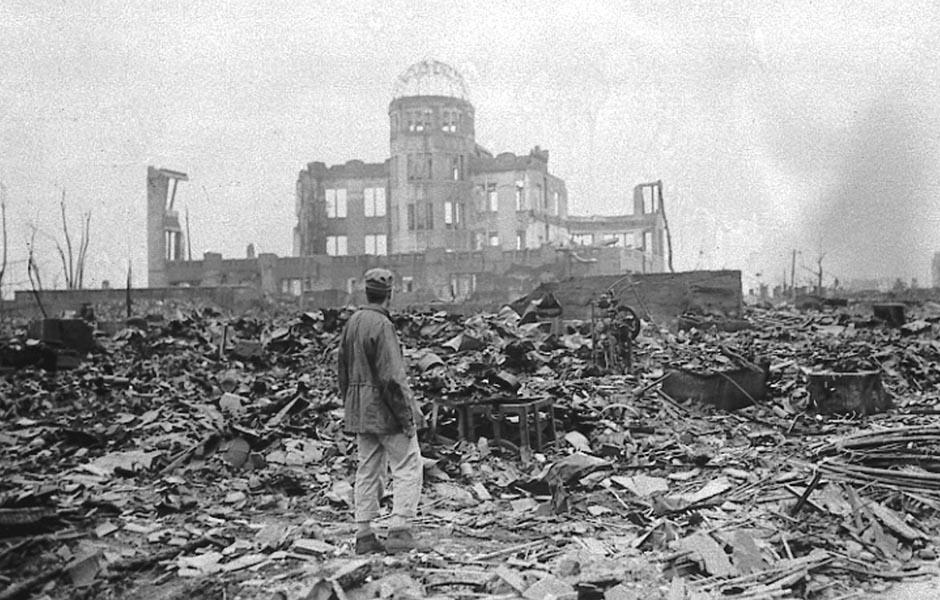 Why we should talk about Hiroshima in the season of peace.
By Jon Letman | December 24, 2012 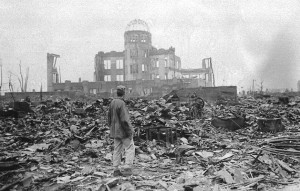 Every year during the first week of August the world’s attention turns toward Hiroshima and then, three days later, Nagasaki, as we remember the atomic bombings that killed tens of thousands of Japanese civilians in a single moment with countless more radiation deaths in the years after.

Peace advocates, politicians, Nobel Prize laureates (though never a U.S. president) gather in Hiroshima and Nagasaki to bow their heads in solemn observance of the horrors of entire cities being annihilated by a single bomb.

But who talks about Hiroshima in December?

This is the holiday season — a time for family gatherings, holiday cheer and goodwill toward mankind. This is the season of peace — that perennial and elusive thing we talk about so much yet have so little.

And so this is Christmas

This year Christmas joy has been viciously marred by the Sandy Hook Elementary School massacre. In our collective shock, people who never before questioned the wisdom of allowing civilians access to highly lethal weapons and large amounts of ammunition are asking what can be done to curb the rising swell of violence. People everywhere are asking why?

But one thing most Americans have not been asking themselves is what are the connections between our society’s proclivity to use violence abroad (through our military) and the domestic violence we see in our own communities.

America is, at least on paper, a nation at war. We still have about 60,000 troops in Afghanistan and the Obama administration is considering the possibility of leaving some 10,000 soldiers there after the “major combat mission ends,” still two years away. Soldiers that remain into 2015 and beyond would be left with the task of “hunting and killing extremists.”

Yet most Americans have been disengaged from this war for some time now. The same is true for the ongoing, undeclared drone war the Obama administration is fighting chiefly in Pakistan and Yemen and to a lesser degree in Africa and even the Philippines.

For nearly a decade these shadow wars have been fought with no debate or even acknowledgement from the Bush and Obama administrations. Several months ago when he did briefly address it, the president insisted the program was highly precise and kept on a “tight leash.”

However, according to the UK’s Bureau of Investigative Journalism which is conducting a thorough, independent ongoing study of the drone campaigns, there have been [to date] over 354 U.S. drone strikes since 2004, 302 of them under President Obama. The total number killed from these strikes ranges from approximately 2,600 – 3,400, possibly as many as 900 of the victims being civilians, nearly 200 of them children.

As the Guardian’s Glenn Greenwald has pointed out, there are no memorial services for these children; no teddy bears or candlelight vigils.

All the while, we Americans recoil from the unspeakable gun violence here at home, seemingly oblivious or in denial of the violence our nation exports to people in far off places we can barely find on the map.

At the same time, we occasionally catch snippets of the news or scroll through the headlines to find our president, the Nobel Peace Prize laureate, and Secretary of Defense Leon Panetta, issuing stern warnings to Syria’s President Assad about using (chemical) Weapons of Mass Destruction, threatening “there will be consequences” if he uses WMD against civilians.

Ditto for Iran, a country which has nuclear power aspirations but one which even Israeli intelligence and the Secretary of State have admitted shows no evidence of pursuing nuclear weapons. Despite this, the U.S. and EU continue to clamp down on Iran, increasing the number and severity of economic sanctions said to punish and isolate the Iranian government (although there are countless credible examples of how the sanctions actually hurt civilians).

And yet, at the very same moment, the U.S. maintains its own WMD and, earlier this month, with virtually no U.S. media coverage or public debate, conducted a subcritical nuclear weapons test of its own below the Nevada desert at the the National Nuclear Security Administration (NNSA) testing facility just north of Las Vegas.

The test (posted on YouTube) was conducted on December 5 and described in an NNSA press release as a “Pollux subcritical experiment” conducted to maintain “the safey and effectiveness of the nation’s nuclear weapons.” Here it’s important to stop and ask yourself how effective nuclear weapons (presumably those that can destroy and kill) can also be called safe. The language couldn’t be more Orwellian.

(Not quite) BREAKING News

Following the Pollux test, not only was there virtually no outcry in the United States, there was barely any mention of the test in any major U.S. media outlet. I only happened to stumble upon the story on Twitter through a retweet of this Russia Today article. Not surprisingly, the test was quickly lambasted by the Iranian government and criticized in Iran’s Press TV which led to more international coverage in The Times of India, China’s Xinhua wire service, Lebanon’s Daily Star, the Jerusalem Post, Pakistan’s Daily Times and an AFP article found in UK & Ireland’s Yahoo! News.

Also not surprising was the reaction from Japan, specifically from Hiroshima’s Governor Hidehiko Yuzaki and Mayor Kazumi Matsui who condemned the tests and sent letters of protest, saying it ran counter to nuclear disarmament efforts. Secretary general of the Nagasaki Atomic Bomb Survivors Council Hirotami Yamada was quoted saying, “It is depressing that the United States cannot understand how atomic bomb survivors feel, despite our repeated protests.”

But in the United States, the test was given only minor press coverge from the Las Vegas Sun, the Las Vegas Review Journal and New Mexico’s KOB-TV Channel 4, a network affiliate which all ran short pieces, as though the test was nothing more than a local interest news story. Other, less well-known websites like All Voices and First Post, reported the story and Global Research ran a detailed look at the test, but how many Americans follow those websites? The media silence prompted Op Ed News to publish a piece entitled Nuclear Weapons: Who Cares Any More?

Perhaps if the test had been given a headline like Pot Smoking Gay Nuclear Weapons Tested as Fiscal Cliff Looms the story might have gotten some legs, but that was not the case.

Violence is a given

Also largely unexamined this month was the Senate’s unanimous passage [the final Senate vote on Dec. 21 was 81-14] of H.R. 4310 National Defense Authorization Act for 2013 (NDAA), a piece of legislation that has become so regularly rubber-stamped that its passage is a given and one which, despite the acrimony and hyper-partisanship in Washington, can still achieve a 98-0 Yes vote (two Senators abstained) that approves $631 billion for military and war.

Within the NDAA there is a section that appropriates funding to the Department of Energy. In other words “the testing and maintainance of…nuclear weapons.” Under the innocuously named Title X — General Provisions, Subtitle G–Nuclear Matters are four sections that cover funding for strategic delivery systems, nuclear arms, missile defense and long-range conventional strike systems. What this is is giving unspeakable violence a name so mundane that no one will bother to read it. But make no mistake, this is extreme violence of the highest magnitude as evidenced in this archival footage documenting the indescribable misery inflicted by nuclear weapons. To use the deceptive name “Title X — General Provisions” is to cynically hide the hideous true nature of America’s nuclear beast.

In a nation where this year’s two most popular entertainment trailers (35 and 29 million views) were for Call of Duty: Black Ops 2 (tag line: There’s a solider in all of us), followed by The Dark Knight Rises, the Batman film closely associated with last July’s grim mass killing in Aurora, Co., it should come as no surprise that violence is a given.

In a nation where every single law maker can vote for war and nuclear weapons, where those nuclear weapons can be tested and go virtually unreported, even as the nation’s leaders rebuke and threaten other countries because it says they may use or attempt to develop similar weapons, it should come as no surprise that violence is a given.

In a nation whose president, in reaction to Israeli rocket attacks on Gaza that killed and injured hundreds of Palestinian children, can say with a straight face, “There’s no country on Earth that would tolerate missiles raining down on its citizens from outside its borders,” even as CIA drones continue to kill in other parts of the world, it should come as no surprise that violence is a given.

And when it takes a massacre as shocking and painfully outrageous as the Sandy Hook killings to motivate citizens to even consider (many begrudgingly), the idea of limiting the scope and scale of deadly weapons available to the public, it should come as no surprise that violence is a given.

This is exactly why we should all be talking about Hiroshima in December.

Jon LetmanJon Letman is a freelance writer and photographer based on the Hawaiian island of Kauai.