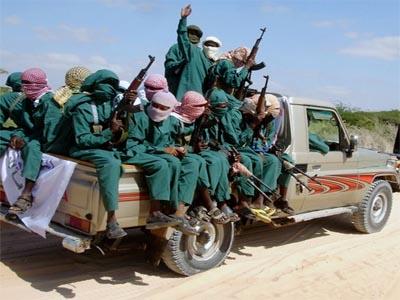 History Repeats Itself with Somalia Invasion

Kenya's invasion of Somalia, with U.S. support, is as ill-advised as the last time a U.S. ally tried to remake the fractured country by force.
By Francis Njubi Nesbitt | October 31, 2011 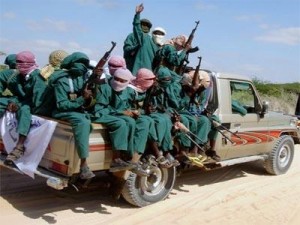 Kenya’s ill-advised incursion into Somalia on Oct. 16 after a rash of kidnappings in the tourist paradise of Lamu will most likely lead to a long and expensive quagmire. The escalation will further destabilize a region already reeling from war, piracy, famine, and international terrorism.

Kenya insist that it not at war with Somalia but only defending its borders and pursuing non-state actors, such as the al-Qaeda-linked al-Shabaab, who stand accused of abducting and killing innocent civilians.

“Our mission is therefore, based on a legitimate right to protect Kenya’s sovereignty and territorial integrity,” Kenya’s president Mwai Kibaki told the Commonwealth Heads of Government Meeting at Pert, Australia last week.

Government officials initially claimed that the incursion was in response to the kidnapping of French and British citizens from tourist resorts near the Somalia border. A few days later two Spanish aid workers were also kidnapped from a refugee camp and taken to Somalia. A Frenchwoman subsequently died in captivity.

Kenyan forces met with little resistance as they quickly drove deep into southern Somalia before being bogged down in heavy rains. Military officials said the goal is to take Kismayu, a port on the Indian Ocean coast that is al-Shabaab’s headquarters in southern Somalia.

The government initially announced that the United States and France were participating in the action, but both countries quickly denied the allegations. Nevertheless, U.S. ambassador Scott Gration indicated that the United States respects Kenya’s right to defend its borders. He said that the pursuit of hostile elements across international borders was allowed under Article 51 of the United Nations Charter on self-defense.

The U.S. ambassador said the U.S. sold military equipment to Kenya and was providing logistical support and training to Kenyan troops involved in the invasion. “We have been providing our assistance in an overt way through the Kenya Navy, Army and Air Force for a long time and we will continue to do so,” Gration said during a visit to Kenya’s Department of Defense.

France has also denied a report that its airplanes bombarded a town in southern Somalia but admitted its military aircraft were helping transport Kenyan troops to airstrips close to the Somalia border.

Meanwhile, reports from Ethiopia indicate that U.S. drones are providing surveillance of al-Shabaab militants in Somalia. Military officials told the BBC that the drones were unarmed and not being used for airstrikes. The flights originate from a remote civilian airport in southern Ethiopia, which the U.S. military has taken over and spent millions of dollars upgrading for the drones. U.S. military officials say that there is no relationship between the drone flights and the Kenya’s ongoing military operation in Somalia. Nevertheless, Kenyan military officials confirmed that intelligence sharing was pervasive and ongoing.

Despite the denials, it is clear that the United States and its NATO allies are in cahoots with Kenya in its current adventures in Somalia. They have funded, trained, and supported the Kenyan armed forces for years. They have admitted helping Kenya train and equip ethnic Somali fighters associated with clan-based militias in the lower Juba region that borders Kenya. The United States used drones and helicopter gunships to take out the militants who bombed its embassies in Kenya and Tanzania in 1998.

The West sees Kenya’s incursion into Somalia in the context of the global war against al-Qaeda affiliated terrorist groups. The U.S. African Command, AFRICOM, has identified al-Shabaab as a major threat to the United States. General Carter Ham, the commander of AFRICOM said at a defense strategy briefing on October 4 that his greatest concern is the threat to the United States from extremist groups in East Africa, particularly al-Shabaab. Ham praised Uganda and Burundi for contributing troops to the U.S.-backed peacekeeping mission in Somalia called AMISOM. Thus the Kenyan incursion into Somalia is clearly part of an escalating counterterrorism strategy in East Africa that includes the use of proxy military forces from neighboring countries. In 2006, for instance, the United States backed an Ethiopian invasion of Somalia to remove the Islamic Courts Union from power. After Ethiopia’s withdrawal in 2007, the United States then provided the funds to create AMISOM.

Kenya government spokesman Alfred Mutua admitted on October 26 that plans for the invasion had been in the works for months. The New York Times reported that the invasion was about long-term economic development plans that include an ambitious proposal to build a massive port in Lamu which would be connected to landlocked and oil-rich South Sudan and Ethiopia with roads, railroads, and an oil pipeline. The problem is that this infrastructure upgrade is in a province that is close to Kenya’s border with Somalia – a region plagued with frequent incursions by militants from that anarchic country. “This is about our long-term development plan,” a senior Kenyan official told The New York Times. “Kenya cannot achieve economically what it wants with the situation the way it is in Somalia, especially Kismayu.,”

Kismayu, a port on Somali’s Indian Ocean coast, is about 150 miles north of the border and is under the control of al-Shabaab. The port is a haven for arms and consumer goods smugglers. A recent report from the UN Monitoring Group on Somalia and Eritrea estimated that al-Shabaab earn up to $50 million a year in taxes collected from businesses at the port. The report indicates that the port “has since emerged as the most important source of income for the group.” The group took control of the port after a decisive battle with Kenya-backed militias in October 2009. Since then, the United States and Britain have helped Kenya train hundreds of fighters associated with the anti-Shabaab militias. But the groups have failed to retake the port, hence the recent invasion by the Kenya Defense Force that has vowed to accomplish this mission and expel the militants.

Kenya has long sought to establish a buffer zone along its border with southern Somalia in a project called the Jubaland Initiative. A leaked cable from British intelligence, dated January 15, 2010, and published by Wikileaks, shows that Britain was aware of the initiative and considering whether to support it. For years, the Kenyan government has supported militias in southern Somalia associated with the Marehan and Ogaden clans to counter the ascendancy of al-Shabaab militants in the region. This project became increasingly urgent this year as hundreds of al-Shabaab militants moved into the region after being pushed out of Mogadishu by African Union troops. This led to a rash of incidents along the Kenya-Somalia border as the militants sought to assert their power.

In 2010, Kenya backed the formation of Azania, a breakaway province in an area known as Jubaland. This initiative seeks to establish an autonomous region in an area inhabited by the Ogaden and Marehan clans. Jubaland declared itself independent in the 1990s but al-Shabaab militants gained control of most of the region in 2006. Officials argue that the buffer zone would protect Kenya’s borders and allow international relief agencies to distribute food to famine stricken residents. Meanwhile there are reports of large deposits of oil off the Jubaland coast.

The Kenyans also argue that stability would stem the flow of refugees into Kenya. Kenya currently hosts over 500,000 Somali refugees in camps built by the UN and Western relief agencies. The famine in Somalia has led to a sharp increase in refugee flows into the camps. Hundreds of refugees are crossing the border daily since the famine began earlier this year. Kenya considers the camps a security threat, as there is no way of telling the genuine refuges from militants. Indeed, two aid workers from Spain were recently kidnapped inside the camps and taken to Somalia. Kenyan officials argue that the pacification of the border region would allow the relief agencies to transfer the refugees to new camps within Somalia.

Kenya’s legitimate concerns notwithstanding, it is unclear whether the country can sustain a long and expensive campaign against a guerrilla force within Somalia. Even if the Kenyan forces capture Kismayu, they lack the resources to hold the port for long. The dream of establishing a stable breakaway state in Jubaland is also highly improbable given the vastness of the region and logistical challenge of building a government from scratch. The Transitional Federal Government of Somalia set up with Kenyan help is incapable of even controlling the capital city Mogadishu despite the support of 9,000 African Union troops.

The only option, it seems, is for the Kenyan forces to link up with the African Union’s peacekeeping operation AMISOM, but that would take years considering that AU troops are bogged down in Mogadishu. Given the circumstances, the Kenyan adventure is likely to go the way of Ethiopia’s ill-fated invasion of 2006. Although the Ethiopian armed forces were able to take Mogadishu with ease, they were unable to pacify the country and were forced to withdraw after a few months. The campaign cost the Ethiopians hundreds of lives, drained their coffers, and demoralized their once proud military. The United States was also forced to retreat in ignominious defeat after its disastrous invasion in 1992.

On the home front, Kenya risks further alienating its large ethnic Somali population and inviting homegrown and international terrorist attacks. Its economy will undoubtedly suffer in the midst of a global recession. The Kenyans would have been better off if they focused on shoring up their border defenses and continuing to use small groups of special forces to go after specific targets when necessary. The current incursion is costly, ill advised, and will only succeed in compounding the misery in Somalia and further destabilizing the region.