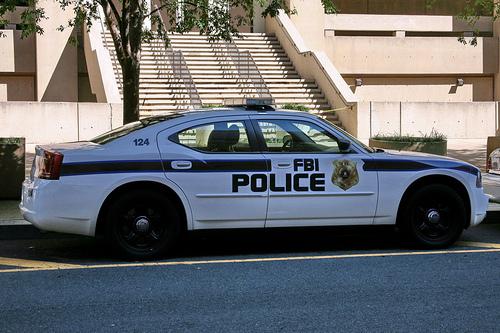 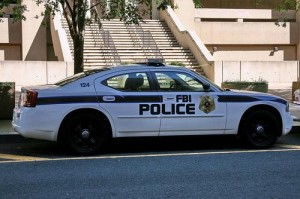 The recent rash of charges against Somali-Americans on “conspiracy to provide material support” to al-Shabaab, a Somali rebel group on the U.S. terrorism list, seems designed to send a clear message that any support for the militants will lead to criminal prosecution. It also demonstrates the ubiquitous presence of law enforcement in these communities.

The Obama administration must be careful, however, not to play into the hands of jihadists by overreacting or seeming to unfairly target Somali immigrants.

The recent arrest of Mohamed Osman Mahmoud, a 19-year-old Oregonian of Somali descent, is a case in point. Like other inept would-be terrorists who fell for recent FBI sting operations, Mahmoud was obviously incapable of pulling off any complex operation without the help of the FBI. His attempts to contact international jihadists had failed. FBI agents then contacted him, built the bomb, and provided the suspect with money to rent an apartment. His indictment states Mahmoud wanted to commit an act of terrorism since he was 15 years old. Although Mahmoud’s alleged views are deplorable, merely fantasizing about jihad is not a crime.

The media and policymakers argue that this is a process of “radicalization” that turns self-identified radicals into jihadists. The New York Police Department’s much-quoted 2006 analysis of radicalization, Radicalization of the West: The Homegrown Threat, argued that there are four identifiable stages (pre-radicalization, self-identification, indoctrination, jihadization) in the process of radicalization. Borrowing mainly from the European experience, the report ascribes “jihadist or jihadi-Salafi ideology” as what mainly “motivates young men and women, born or living in the West, to carry out autonomous jihad via acts of terrorism against their host countries.”

However, this assumption does not apply to all would-be militants. Some, like the Somali youth who joined al-Shabaab in 2008, may have been motivated by nationalism rather than anti-Americanism.

Analyzing the Mahmoud case in the context of the NYPD theory, the teen was only at the second stage — self-identification. As the NYPD report indicates, there is no formula for determining who will move from “self-identification” to “jihadization.” Indeed, according to the report, both “indoctrination” and “jihadization” require close contact and support from spiritual and operational leaders. It seems, therefore, that the FBI became Mahmoud’s operational leader.

Another recent report, the American Security Project’s Enemies Among Us: Domestic Radicalization After September 11, focuses on the psychological motivations of individuals. The report uses adjectives such as ‘bewildering” and “unpredictable.” It argues that the only commonality identified is the eventual exposure of the so-called radicals to “radical Islam” at mosques, the Internet, or through friends and recruiters. “Alienation” is considered a major factor, but it is not clear why alienation turns to actual action or plans to act.

The Bipartisan Policy Center report entitled “Assessing the Terrorist Threat,” released this year and timed to coincide with the 9/11 anniversary, portrays the FBI as failing to understand that these incidents were not isolated. Rather, they indicate “an embryonic terrorist radicalization and recruitment structure had been established in the U.S. homeland.” The authors argued that the FBI, and Americans in general, seem to have been lulled into a sense of complacency by polls and statistics that showed that Americans Muslims as well-off and integrated.

The media and law enforcement officials continue to refer to these cases as “terrorism,” although so far there is no record of a person of Somali descent committing an act of violent terrorism in the United States. This amorphous definition creates the impression that Somalis, in general, are a threat. In March 2009, for instance, Deputy Director of Intelligence for the National Counterterrorism Center Andrew Liepman told a Senate hearing on al-Shabaab recruitment in the United States that some Somalis were susceptible to “criminal or extremist influence” because of their background.

According to Liepman, “Among Somali-Americans, the refugee experience of fleeing a war-torn country, combined with perceived discrimination, marginalization, and frustrated expectations, as well as local criminal, familial, and clan dynamics may heighten the susceptibility of some members of these communities to criminal or extremist influences.”

At this same congressional hearing, Philip Mudd, the FBI associate executive assistant director of the National Security Branch, said that the FBI believed there were deliberate efforts to recruit young people to fight for al-Shabaab. He stated the youths seemed to be motivated by nationalism, with the desire to defend their country from an Ethiopian invasion, rather than Islamist ideology, although the appeal was based on shared Islamic identity. Mudd also indicated that socio-economic conditions such as “violent youth crime and gang subcultures, and tensions over cultural integration may have played some role in the recruitment process.”

Do these activities indicate a growing alienation and anger among the 1.5 and second generation of Somali youth growing up in the United States? The vague accusations threaten to indict thousands of otherwise law-abiding Somalis who were outraged by the Ethiopian invasion of Somalia in 2006. The majority of parents and community leaders consider the United States a place of refuge from the chaos and violence that led to their flight from Somalia. They were as surprised and dismayed as other Americans when they learned that their children had joined the jihadist movement in Somalia.

Providing “material support or resources” — such as money, goods, personnel, and advice that can be used in terrorist activity — to a group designated as a “foreign terrorist organization” is illegal and carries a 15-year sentence. Congress first criminalized material support in 1996 in order to deny terrorist groups with humanitarian offshoots the ability to raise funds in the United States. After 9/11, the 2001 Patriot Act broadened it to criminalize “expert advice or assistance.” In June 2010, the U.S. Supreme Court upheld the “material support” provision to include money and materials as well as “training” and “advice” –even if for humanitarian purposes.

In August 2010, the Justice Department indicted 14 Somali-Americans on charges of providing “material support” to al-Shabaab and allegedly recruiting youth to join the militia. Twelve of the suspects from California, Minnesota, and Alabama were indicted for leaving the United States to join al-Shabaab. Six of the suspects are U.S. citizens. Attorney General Eric Holder stated that these indictments indicate the existence of a “deadly pipeline that has routed funding and fighters from cities across the United States.”

Three months later, prosecutors in San Diego charged five Somali-Americans with providing “material support” to a foreign terrorist organization. The group allegedly sent about $9,000 to al-Shabaab between 2007 and 2008, with some of the funds possibly transferred after the United States added al-Shabaab to its terrorist list in 2008. But in 2008, al-Shabaab was an insignificant threat to the international community, having emerged to resist an Ethiopian invasion supported by the Bush administration. The defendants included such community leaders as Mohamed Mohamed Mahmood, who has served as the imam of a Somali mosque for over a decade. Some of the defendants claimed that they were collecting funds for humanitarian projects in Somalia.

Also in November, prosecutors indicted a San Diego woman for allegedly sending $800 to two former Minnesota residents fighting in Somalia. The amounts sent by the defendants are minimal considering that al-Shabaab has other more lucrative funding sources including piracy in the Gulf of Aden and supporters across the oil-rich Arabian peninsula.

The “material support:” provision of the Patriot Act is already very controversial among human rights activist interested in Latin America and Asia where it has been used to deny refugee status to individuals forced to cooperate with rebel groups. This provision of law was also used to justify a recent raid on the homes of 14 peace activists (non-Somalis) who oppose U.S. foreign policy in Latin America and Israel/Palestine. The railroading of suspects into the justice system is reminiscent of tactics used by the FBI and prosecutors during the era of McCarthyism and COINTELPRO, both of which persecuted perceived “radicals” such as Paul Robeson, W.E.B. DuBois, and Martin Luther King, Jr.

These so-called counter-radicalization policies focus on individuals rather than structures, symptoms rather than root causes. A more proactive domestic approach would include policies that prevent radicalization instead of focusing on arresting and prosecuting perpetrators. The aggressive and overt policing and prosecution of marginal cases may deter some, but has the strong potential to breed anti-Muslim and anti-American sentiments at home and abroad. The retaliatory arson attack on the mosque, where the Portland bombing suspect allegedly worshipped, is but one example.

There is an urgent need to change direction by establishing “pipelines to integration” to counter the efforts to establish a pipeline to extremism. Such pipelines could include tackling poverty and unemployment by expanding English as a Second Language classes, after-school programs, job training, and citizenship programs in Somali communities. These, in turn, would engage the youth in positive alternatives to the lure of extremism, gangs, drug dealing, and prostitution. In addition, integrating Somalis into the larger community, while respecting their cultural heritage and traditions, requires cultural competency training for law enforcement personnel, teachers, and other public officials.

Somali immigrant youth, often children of immigrants themselves, are in danger of losing connection with their ethnic heritage and values. This dilemma of being neither American nor Somali leads them to search for identity and belonging that some satisfy by turning to religion, following a radical preacher, or in rare cases joining a jihadist group. The overwhelming majority of Somalis, even those who oppose U.S. policies abroad, do not join jihadist groups. For those few who do, it is the exposure to particular personal and communicative networks that turn radical thought into violent action. Trying to identify and neutralize the few youth who attempt to join al-Shabaab does not even begin to deal with the problem.

Francis Njubi NesbittFrancis NJubi Nesbitt is a Foreign Policy in Focus contributor. He is the author of Race for Sanctions: African Americans against Apartheid, 1946-1994 and is currently completing a book on U.S. foreign policies in the Horn of Africa.