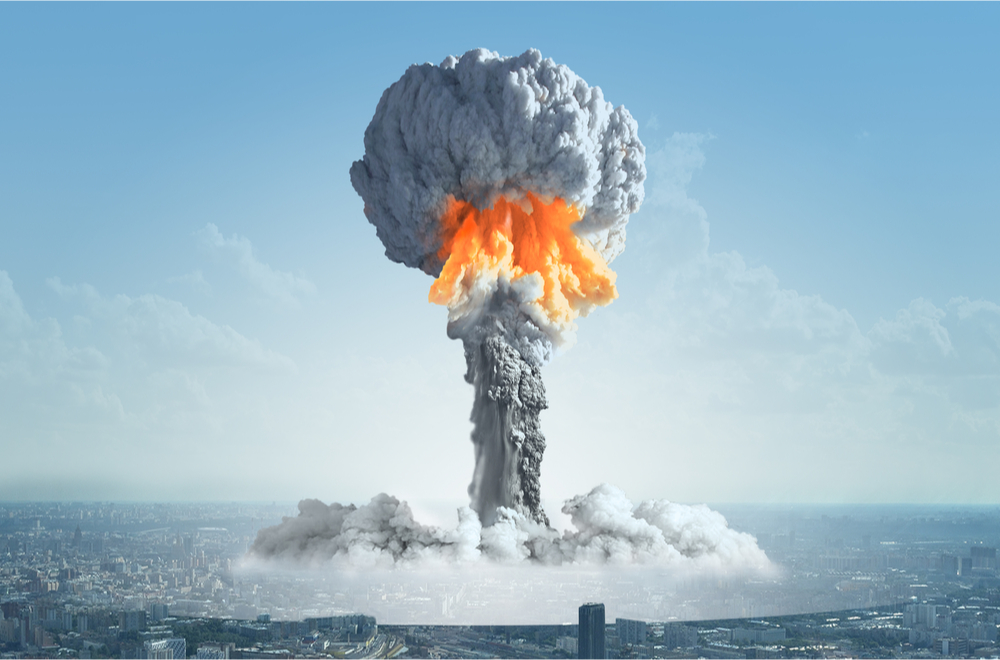 How A ‘No-Fly Zone’ Could Lead to Nuclear War

Launching a “no-fly zone” over Ukraine means starting an air war with Russia. The risks are incalculable.
By Mitchell Zimmerman | March 23, 2022

In response to the rising brutality of Russia’s invasion of Ukraine, some Americans say they support making Ukrainian airspace a “no-fly zone” for Russian war planes.

What they’re actually proposing is that we launch a war against nuclear-armed Russia.

Proponents say that while Ukrainians fight Russians on the ground, the U.S. should tell Russia they’re barred from Ukrainian skies. But what happens when Russian planes fly over Ukraine anyway? Then our planes must try to shoot them down.

U.S. and Russian pilots battling each other to the death? That’s called war.

There’s a reason American presidents of both parties — and Russian leaders, too — have for decades avoided direct military confrontations with the other nuclear superpower. They’ve rightly feared a war could end in mutual nuclear annihilation.

Here are three ways a U.S. intervention that began with a no-fly zone might end with a nuclear exchange between Russia and America.

After the no-fly zone is declared, U.S. fighter jets shoot down Russian planes over Ukraine. Some of the Russian jets crash on their side of the border. Claiming a violation of their airspace, they shoot missiles at the NATO air bases in Poland in response.

The U.S. fears the air attack is a precursor to a Russian invasion and masses troops near Poland’s eastern border. Russia also moves troops toward the border.

In the fog of war, one side’s troop movements are misunderstood as imminent invasion and fighting breaks out. NATO forces surge forward, and Russia’s weakened troops cannot stop them.

Magical thinking — or too much movie watching — has led Americans to believe that whatever happens, we’ll prevail in the final reel.

In real life, as we saw from Vietnam to Afghanistan, warfare is uncertain. There’s no guarantee our planes won’t be the ones shot down. Political pressure to raise the ante could then become irresistible, perhaps by firing U.S. missiles at Russian air bases.

Russia could respond with a “limited” incursion into Poland to stop the missile launches. Fearing the Russians won’t stop before they reach Berlin, American military leaders might consider using battlefield nukes.

Might Putin not decide that if attacks on Mother Russia itself seemed inevitable, better to launch the first nuclear strike against America? Could Washington make the same decision about Russia?

The history of the Cold War is replete with “nuclear close calls” — incidents that nearly resulted in nuclear war. In November 1979, for example, computer errors led to a false report that the Soviet Union had launched 250 nuclear missiles at the United States. A response had to be made imminently.

These errors did not end in nuclear war in part because there was no active conflict between the U.S. and Russia at the time. But what if a similar mistake happens while U.S. and Russian pilots are battling it out over Ukraine?

The rest could be history… or the end of history.

The stakes are too high to ignore the dangers. The United States and our European allies are supplying Ukraine with battlefield weapons and with important military intelligence to aid their resistance to Russian aggression. We’ve also isolated Russia economically.

But however the war unfolds, we must not close the door to diplomacy and a possible negotiated resolution. Whatever else we do, our country must resist risking a nuclear war over Ukraine.

Mitchell Zimmerman is an attorney, longtime social activist, and author of the anti-racism thriller Mississippi Reckoning. This op-ed was distributed by OtherWords.org.