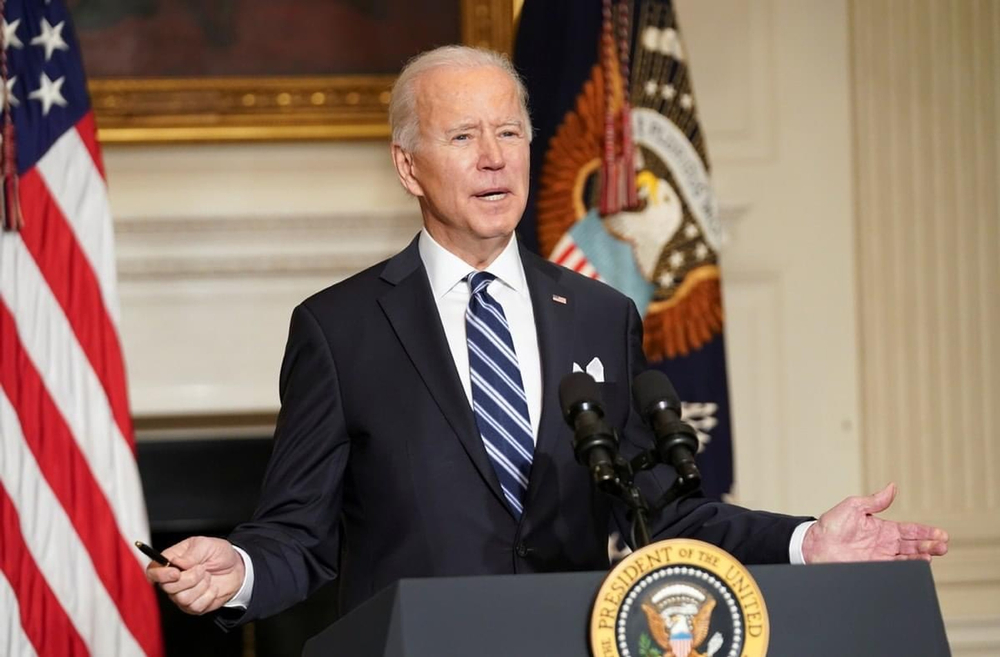 How Biden Looks at the World

The Biden administration's approach of "multilateral restoration" has many virtues compared to the last four years of MAGA. But it has considerable shortcomings as well.
By John Feffer | March 24, 2021

In his first foreign policy speech as president, delivered at the State Department on February 4, 2021, Joe Biden laid out his vision of America’s engagement with the world. In its conventional combination of the stick of military power and the carrot of diplomacy, Biden’s address heralded a return to the foreign policy status quo of the “a la carte multilateralism” that has characterized the U.S. global approach since the end of the Cold War.

As Biden explained, U.S. engagement is based, first and foremost, on U.S. global power, “our inexhaustible source of strength” and “abiding advantage.” That power has historically consisted of military force, economic pressure, and diplomatic engagement. Rhetorically at least, Biden has favored a recalibration away from a reliance on the military, insisting that force will be a “tool of last resort.”

In practice, however, Biden has adopted a more ambiguous position toward military power. Reflecting both budgetary concerns and public skepticism of America’s recent record of military interventions, the new president has promised a Global Posture Review of U.S. military footprint overseas, which would likely lead to a redeployment rather than a radical reduction of American military power. Biden’s early actions have reflected this cautious approach, ending U.S. support for offensive military operations in the Saudi-led war in Yemen but freezing some of the troops withdrawals his predecessor had instituted at the end of his term. Looking to the future, the president has promised to phase out America’s “forever wars” but has also pledged to focus more on pushing back against other great powers, namely Russia and China.

Because the February 4 speech took place in front of an audience of diplomats, Biden not surprisingly focused most of his remarks not on the hard power wielded by the Pentagon but the “smart power” of diplomacy. The president pledged to renew alliance relationships that “atrophied over the past few years of neglect and, I would argue, abuse.” At the same time, he stressed the importance of diplomacy even when “engaging our adversaries and our competitors.”

In what marked perhaps the most significant break with the foreign policy of his immediate predecessor, Biden promised to restore the United States as full participant, if not a leader, in working multilaterally to solve global problems. He identified those problems as global warming, the ongoing COVID-19 pandemic, cybersecurity, the refugee crisis, attacks on vulnerable minorities, racial inequality, and the persistence of authoritarianism. Although the president mentioned a few global institutions and agreements, notably the World Health Organization and the Paris Climate Agreement, the emphasis was clearly on the United States reclaiming global leadership rather than leading “from behind,” as the Obama administration famously said about its involvement in efforts against former Libyan leader Muammar Qaddafi.

In establishing the tone of his administration’s foreign policy, Biden didn’t enunciate a new doctrine. Rather, in what might be called an approach of “multilateral restoration,” he sought to repudiate the inconsistent, unilateral, and anti-global positions of Donald Trump while placing his own administration in the comfortable, pre-Trump foreign policy mainstream that European and Asian allies have come to expect and that is embodied, for instance, in the Franco-German-led Alliance for Multilateralism. Given Biden’s role as vice president in the Obama administration and his appointment to high-level positions of many policymakers from that period—Secretary of State Antony Blinken, National Security Advisor Jake Sullivan, climate czar John Kerry, UN ambassador Linda Thomas-Greenfield, Indo-Pacific coordinator Kurt Campbell—many observers believe that his presidency will represent Obama 2.0, a resumption of the globally aware, generally predictable, but periodically unorthodox foreign policy of the earlier administration.

The world of 2021, however, is very different from the one that Obama and Biden navigated across their two terms in office. New global problems have emerged such as COVID-19, while others have become more urgent, such as the climate crisis. The four years of Trump’s presidency weakened certain traditional elements of statecraft, such as arms control.

Given the persistence of American exceptionalism under Biden, it’s difficult not to view his foreign policy approach as MAGA Lite: making America great again with the assistance of foreign partners rather than over their objections. As Steven Blockmans of the Centre for European Policy Studies in Brussels puts it, “In all but name, the rallying cry of America First is here to stay,” reflected in the Biden administration’s prioritization of domestic investments over new trade deals and his expansion of Buy American provisions in federal procurement.  Whether represented as America First, MAGA Lite, or even liberal internationalism, the conventional U.S. approach to multilateralism has been instrumental, as a means to the end of preserving U.S. global power.

At the same time, the inconsistency of U.S. foreign policy over the years—seesawing back and forth from Clinton’s modified multilateralism to Bush’s aggressive unilateralism to Obama’s cautious multilateralism to Trump’s anti-globalist posturing—has led both allies and adversaries alike to hedge their bets by investing their political capital either in other alliances or in more self-reliant economic and security strategies. The most dramatic examples of this hedging have been China’s establishment of rival multilateral economic institutions and the European Union’s investment into autonomous military structures.

The Biden administration’s rapid use of executive orders to reverse Trump’s positions—for instance, bringing the United States back into the World Health Organization (WHO) and the Paris climate accords—has been welcomed in many of the world’s capitals. But it also confirms what many in the international policymaking community have long viewed as America’s overly volatile foreign policy. The new administration’s reversals of Trump policies extend to immigration, as Biden has cancelled the “Muslim travel ban” and ended funding for the largely unbuilt wall on the border with Mexico. He quickly hit rewind on the environmental deregulations of the Trump administration and the previous president’s approval of the Keystone XL pipeline. In addition, the Biden team has taken steps to reenter the Iran nuclear deal, has revived arms control negotiations with Russia, and plans at least to mitigate the impact of the trade sanctions against China. But if Trump could reverse Obama’s positions on all these matters, and Biden with a stroke of the pen could do the same to Trump’s reversals, who’s to say that the next president in 2024 will not perform the same U-turns?

Indeed, as it looks to engage more deeply on these issues, the Biden administration faces a number of obstacles to realizing even its modest multilateral restoration: congressional opposition, corporate lobbying, public indifference or hostility, the mistrust of allies, and bureaucratic inertia. It also must deal with a set of interlocking crises on the home front, from the pandemic and the resulting contraction of the U.S. economy to crumbling infrastructure, endemic racial inequality, political polarization, and rising poverty rates. Finally, the administration must reckon with challenges within the multilateral project itself, including a democratic deficit and the problem of non-compliance.

But on certain key issues, such as global health and environmentalism, progressives will have an opportunity to push U.S. policy in the direction of greater equitable international engagement during the Biden years. On a case-by-case basis rather than through a transformative agenda, then, the Biden administration might alter—or be pushed to alter—the way the United States engages the world.

This is the introduction to a full-length study of the Biden administration’s approach to multilateralism. Click here for the full report, produced with the support of the Rosa Luxemburg Foundation.