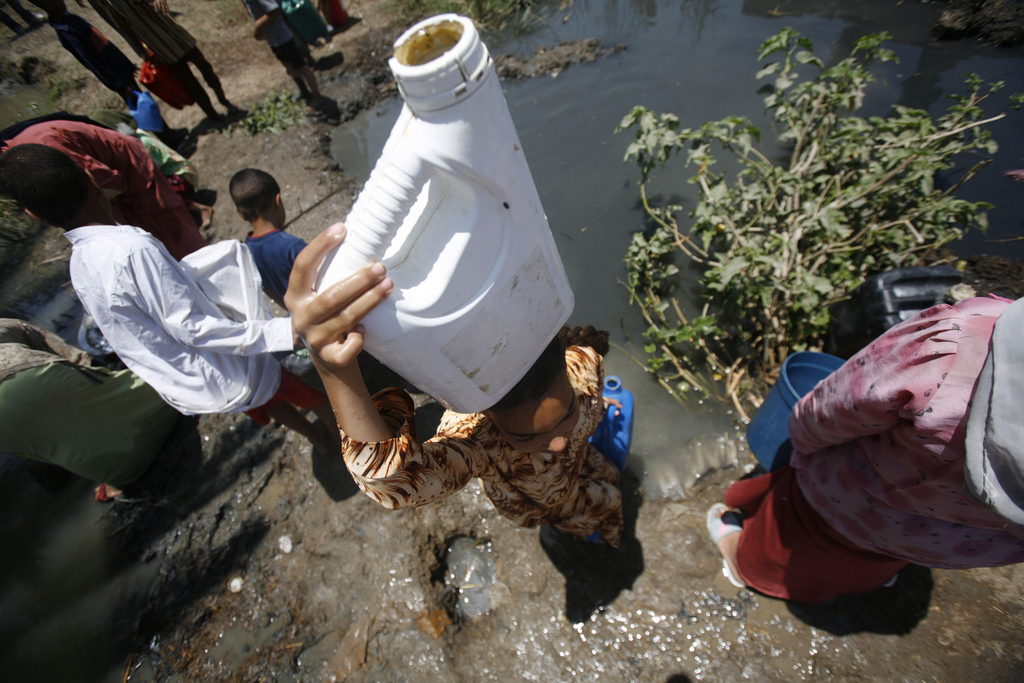 How Climate Change and Resource Scarcity Are Upending World Politics

The U.S. intelligence and security communities grapple on a daily basis with the pressing reality that natural resource scarcity and global climate change pose direct threats to U.S. prosperity and national security.

There is, perhaps, no clearer example than the sustained incursion of Chinese navy ships, fishing fleets, and oil rigs over the past five years into the territorial waters of Vietnam, the Philippines, Malaysia, and other countries of the South China Sea.

China’s claim of a “historical right” to those areas was based on the “nine-dash line” issued in 1947 after the fall of the Kuomintang. That map lay dormant for over 65 years until China’s growing domestic needs for fish protein and hydrocarbons prompted the Chinese government to reassert its claim. The ensuing regional conflicts over the Spratly and Paracel islands, along with maritime disputes with seven countries, illustrate the urgency that prompted President Obama to announce a “Pacific pivot” to Asia to protect Washington’s allies and its strategic interests in the region.

Natural resource scarcity poses a far broader challenge to U.S. prosperity and national security than traditional military threats. Consider also the food crisis that precipitated the Arab Spring uprisings or the drought that has sharpened conflict in Syria. Those challenges are detailed in my recent book, In Pursuit of Prosperity, which examines how both proximate and more distant resource constraints shape and influence our economy and security posture.

On the domestic front, a patchwork of century-old water management agreements on surface water between Mexico and southwestern U.S. states have enabled both countries to satisfy most of their water requirements for agriculture, mining, and growing urban settlements. Today, however, those trans-boundary agreements are under growing stress as drought in the region is forcing municipalities and companies on both sides of the border to increase drawdowns on aquifers and ground water in hopes of compensating for diminished rainfall.

In the future, that stress will further intensify: Climate scientists recently announced that “mega-droughts” lasting some 35 years have a 90 percent probability of afflicting the region and the Midwest. That scenario would lead to widespread disruption of livelihoods and communities, and ever-sharper challenges to the comity that has tenuously prevailed between the two countries. It’s not hard to imagine that such change in the region’s environmental conditions would spark a surge of climate refugees moving northward from Central America, posing new challenges to the U.S. political landscape.

The nine-country and regional studies offered in the book, including the South China Sea and the U.S.-Mexico border, identify five pathways through which resource scarcity and climate change will threaten U.S. prosperity and national security:

The overall conclusion proffered by In Pursuit of Prosperity is that America’s prosperity and national security are directly dependent on the prosperity and stability of both partner and ally countries such as Brazil and India, as well as of competitors like China and Russia.

There are no simple or uniform responses to these challenges. However, two approaches — identifying tradeoffs and promoting resilience — may serve as strategic guideposts to governments, companies, and civil society groups.

We will more frequently have to make hard choices among a smaller range of options, with each option carrying new costs. Satisfying economic, social, and environmental goals will simultaneously become increasingly expensive and difficult, if not impossible. At the same time, we must integrate resilience into our decision-making, as successful development and business strategies will give leading companies and political leaders an advantage in dealing with a very uncertain future. The most successful strategies will be built on the principle of adapting to ever-changing external conditions.

Given the general political paralysis besetting our country, we cannot rely on bold leadership from the federal government to show the way, although the president’s recent executive actions on climate change offer a modicum of encouragement in this adverse climate.

In parallel, leading corporations with global reach recognize that they have little option but to embrace major changes in supply chain management, technology efficiency, resource throughput requirements, and product design to remain ahead of competition. By increasing their efficiency through improved management and higher environmental standards, leading companies can force less efficient companies, the laggards and free riders, to abandon their wasteful, environmentally destructive practices.

A central partner in both governmental and corporate efforts to respond to deepening natural resource scarcities are civil society organizations in both the North and South. Their direct links to communities, ability to mobilize public pressure to move recalcitrant authorities, and willingness to test innovative approaches make them irreplaceable partners in finding solutions.

The harsh reality of current conflicts in the Middle East drives home the complexity of addressing natural resource scarcity when terrorism and insurgency beset a country or region.

The role of natural resources came to the forefront of the conflict with the Islamic State (ISIS) when, in August 2014, ISIS forces seized and then threatened to blow up the Mosul Dam on the Tigris River. In the balance were the lives and livelihoods of hundreds of thousands of Iraqis living downstream. After dogged fighting, Kurdish forces, backed by U.S. air strikes, recaptured the dam several weeks later.

But behind that violent conflict lies the fact that the region has been hit in recent years by the deepest drought in over a millennium.

Unable to scratch out a living even in the most productive agricultural areas of the country, over a million Syrians left their rural homes and livelihoods and moved into Aleppo, Damascus, and other cities. Their perilous situation both contributed to and was further exacerbated by the outbreak of the civil war. With no jobs and adverse living conditions, the new residents in the big cities, particularly the young, became highly susceptible to the Islamic State’s promises of a new social order and economic opportunities.

However the current military conflict plays out, social stability in Syria, Iraq, and the region will remain a distant aspiration unless equitable, sustainable management of water resources is firmly established at the core of new, more stable societies.

Indeed, U.S. foreign policy must make sustainable natural resource use a core tenet of our overseas engagements. Unless the underlying environmental challenges are addressed, the United States risks being drawn into recurrent upheavals in different quarters of the world where the lack of basic natural resources and conducive environmental conditions will place positive, hopeful outcomes far out of reach. Moreover, only multilateral partnerships can marshal the full range of diplomatic tools and development assistance programs needed to prevent outbreak of further conflicts and to provide the technical and financial capacity to promote environmental restoration.

David Reed is Senior Policy Advisor at World Wildlife Fund (WWF), author of the book In Pursuit of Prosperity: US Foreign Policy in the Era of Natural Resource Scarcity, and a contributor to Foreign Policy In Focus.