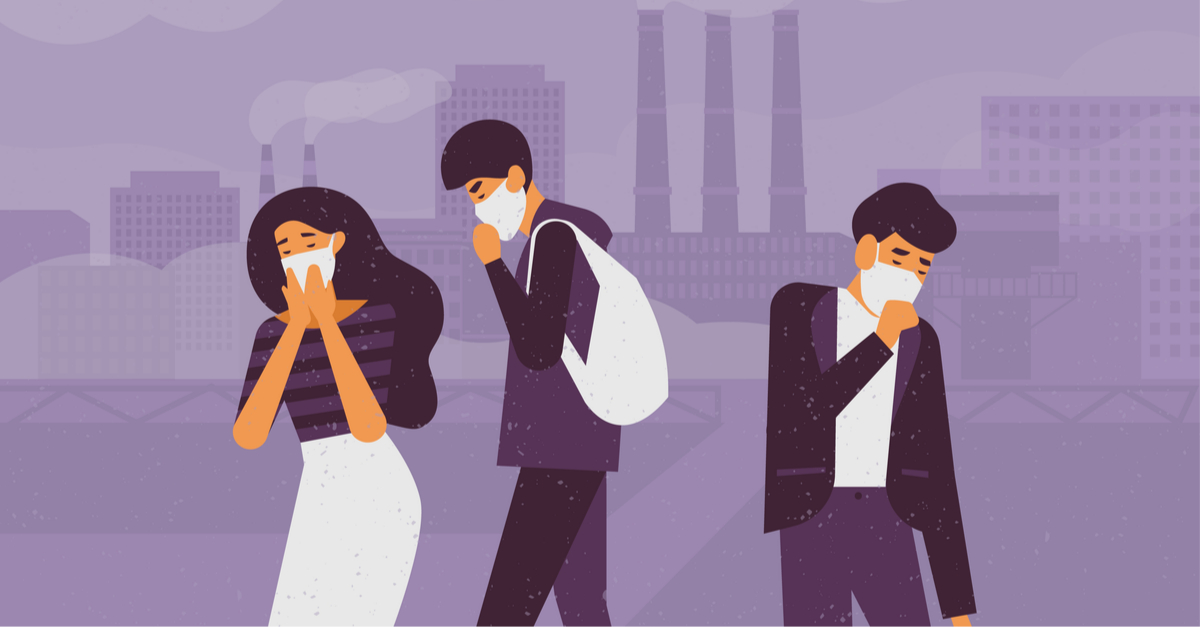 How COVID-19 Could Impact the Climate Crisis

Satellite images showing dramatic drops in air pollution in coronavirus hotspots around the globe have circulated widely on social media, offering a silver lining to an otherwise very dark story. But they are also a graphic reminder of the climate crisis that will continue when the pandemic passes.

When the lockdowns are lifted and life returns to what it once was, so too will the pollution that clouds the skies and with it the greenhouse gases that fuel global warming.

In fact, the rebound could be even worse.

In the initial aftermath of the global financial crisis of 2008, global CO2 emissions from fossil fuel combustion and cement production decreased by 1.4 percent, only to rise by 5.9 percent in 2010. And the crisis this time could have a longer-term impact on the environment — at far greater cost to human health, security, and life — if it derails global efforts to address climate change.

This was supposed to be a “a pivotal year” for those efforts  to address climate change, as UN Secretary General António Guterres put it at a recent briefing on the UN’s annual climate summit, which was scheduled to take place in Glasgow in November.

Ahead of the summit, 196 countries were expected to introduce revamped plans to meet the emission reduction goals established under the 2015 Paris Agreement. Yet on April 1, in the face of the spreading coronavirus pandemic, the UN announced that it was postponing the summit until sometime next year.

It was only the latest sign that the casualties of COVID-19 may include global efforts to address climate change. Other international meetings related to climate — on biodiversity and oceans — have also been disrupted. While the need to mobilize governments to act on climate has never been more urgent, the inability to gather world leaders to address the issue could make it all the more difficult to do so.

The coronavirus crisis also threatens local efforts to meet the climate commitments that have already been made.

The European Union has come under pressure to shelve crucial climate initiatives, with Poland calling for a carbon trading program to be put on hold and the Czech Republic urging that the EU’s landmark climate bill be abandoned, while airline companies have pressed regulators to delay emissions-cutting policies. China has already announced such delays, extending deadlines for companies to meet environmental standards and postponing an auction for the right to build several huge solar farms.

In the United States, after a powerful oil lobby petitioned the Trump administration to relax enforcement, the Environmental Protection Agency said it would not penalize companies that fail to comply with federal monitoring or reporting requirements if they could attribute their non-compliance to the pandemic. And in recent days it announced a rollback on car emissions rules that were a central piece of U.S. efforts to reduce greenhouse gas emissions.

In Brazil, the federal environmental agency announced it is cutting back on its enforcement duties, which include protecting the Amazon from accelerating deforestation that could lead to the release of massive amounts of greenhouse gases that are stored in one of the world’s most important carbon sinks.

Governments have a human rights obligation to protect people from environmental harm — and this includes a duty to address climate change.

They might conceivably have valid reasons to temporarily relax the enforcement of some environmental rules as they scramble to contain the pandemic and salvage their economies. But these measures could do permanent damage if used to advance the broader anti-environmental agendas of leaders like President Donald Trump and Brazilian President Jair Bolsonaro, who oppose global efforts to address climate change.

The real impact of the coronavirus crisis on climate could depend ultimately on choices made regarding how governments want their economies to look when they recover—and, in particular, how much they will continue to rely on fossil fuels. Meeting the Paris Agreement’s central goal of limiting global warming will require reducing this reliance.

And here the crisis might offer some grounds for hope.

Many see the efforts to contain the economic fallout of the pandemic as an opportunity to accelerate the shift to cleaner energy alternatives, such as solar and wind. Options could include ensuring that economic stimulus programs prioritize investments in cleaner energy, or  conditioning assistance to businesses, especially in carbon-intensive sectors, on drastic cuts in emissions. Similarly, financial industry bailouts could require banks to invest less in fossil fuel fuels and more in climate change mitigation and resilience efforts.

In the U.S., congressional Democrats pushed for such measures when negotiating the recent stimulus package. In response, President Trump threatened a veto, tweeting “This is not about the ridiculous Green New Deal.” The proposed measures did not survive, though Democrats did manage to block $3 billion that Republicans sought to buy up oil for the strategic reserve.

In Europe, the prospects for green stimulus are more promising. In response to one European leader’s call to abandon climate measures, an EU spokesperson was categorical: “While our immediate focus is on combating COVID-19, our work on delivering the European Green Deal continues. The climate crisis is still a reality and necessitates our continued attention and efforts.

The struggle to ensure that human rights protections and climate commitments are not COVID-19 collateral will continue in the US, the EU and elsewhere as governments face the task of restarting their economies in the weeks and months to come. The outcome will define our capacity and will to mitigate what threatens to be a global catastrophe far greater even than the viral pandemic.

Daniel Wilkinson is environment and human rights director and Luciana Tellez-Chavez is an environmental researcher, both at Human Rights Watch.