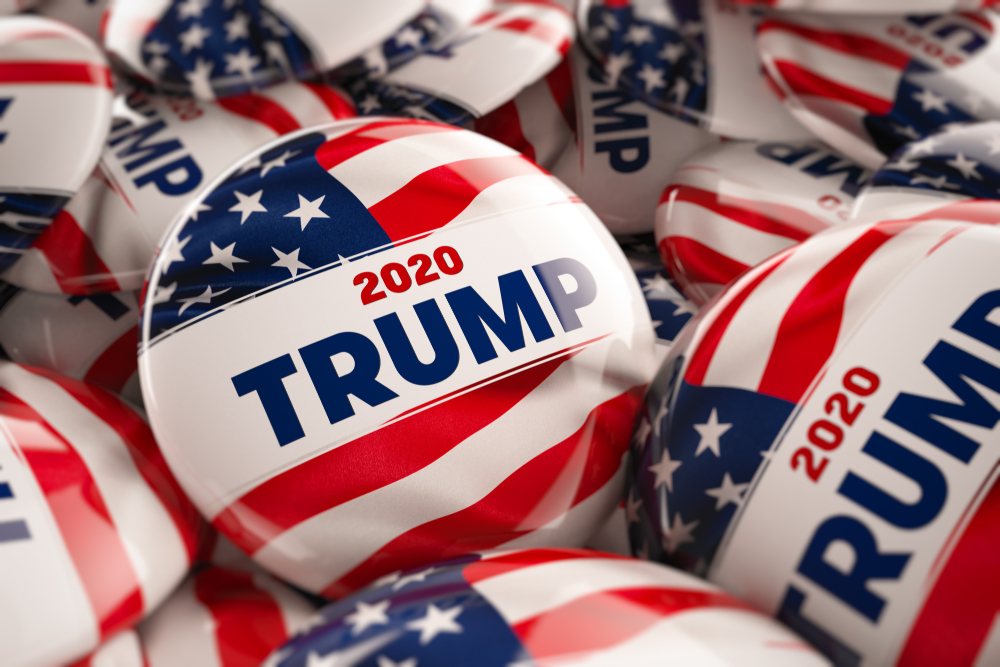 How the Next Presidential Candidate Can Defeat Trump

President Trump has violated the spirit and the letter of the U.S. constitution and U.S. laws. His penchant for one-person rule can be seen in his Muslim travel ban, his attempts at interfering with the Department of Justice and the special counsel’s investigation, his threats against journalists, and his portrayal of the best news media as fake news and the enemy of the people. Trump is also enamored of Russian President Vladimir Putin and has promoted Russian interests in the international arena by challenging NATO and ignoring Russian meddling in the elections of other countries, including the U.S.

Authoritarianism regimes are on the rise throughout the world. If it continues on President Trump’s current trajectory, the United States faces an existential threat. U.S. democracy will remain in name only, and the Democratic and Republican parties will wither away. Trump will destroy the presidency. Many talented individuals will escape to other countries. Education for the majority will deteriorate. The military will grow ever larger, and wars with other countries will become more frequent. U.S. infrastructure will deteriorate further, and the U.S. economy will stagnate, then collapse.

Defeating Donald Trump must be the top priority for the next presidential candidate. The first step in a winning strategy is to resist small-group ideology and demands. The candidate must unify all those who oppose and resist Trump’s policies. Recently, former President Jimmy Carter cautioned the Democrats against alienating moderate and independent voters. President Carter said he voted for Bernie Sander—so did I. But Sanders’s programs should wait for another day beyond 2020. It saddens me to defer these great proposals, but having democracy with limited goals is far better than Trump and fascism. At the same time, social movements should continue to advocate for free college tuition, infrastructure funding, and job retraining programs for workers dislocated as a result of globalization.

On domestic issues, the candidate should adopt Medicare for all. There is a moral argument for providing healthcare for everyone, and it is widely popular. Enlarging healthcare coverage can be funded by taxing the upper 1%. However, the candidate should not increase taxes on businesses because the contrast with the Trump administration would be too large (and the economy, for the time being, continues to expand). Job retraining programs, meanwhile, should be part of a 10-15 year federally supported transition period focused on new technologies.

On foreign policy issues, the candidate should emphasize that the United States seeks peace and prosperity for all and non-interference in other countries’ affairs. More specifically, the candidate should commit to rejoining the denuclearization treaty with Iran that Trump has denounced. The candidate should restore longstanding U.S. relationships with Western allies. He or she should remove U.S. forces from other countries unless absolutely needed to keep peace. For example, there is no need for U.S. military forces in Afghanistan after more than two decades, nor are they necessary in Iraq.

The U.S. should take the road to peace in Middle East with a serious proposal to solve the Israeli-Palestinian conflict. The U.S. should formulate a two-state plan of its own and let the parties negotiate the details with a limited time frame. Peter Beinart believes that American Jews and the American people are now ready to accept such a solution rather than sustain the inhumane occupation of the Palestinian people.

This proposed agenda is moderate to left of center. Each goal and its value should be balanced against losing the election. The selection of the proper candidate with a popular agenda could win the election and defeat Trump. Defeating Trump and restoring democratic principles should supersede nearly all other goals.

Adil E. Shamoo (ashamoo@som.umaryland.edu) is an associate fellow of the Institute for Policy Studies, a senior analyst for Foreign Policy in Focus and the author of “Equal Worth — When Humanity Will Have Peace.” You can download a free copy of the book at www.forwarorpeace.com