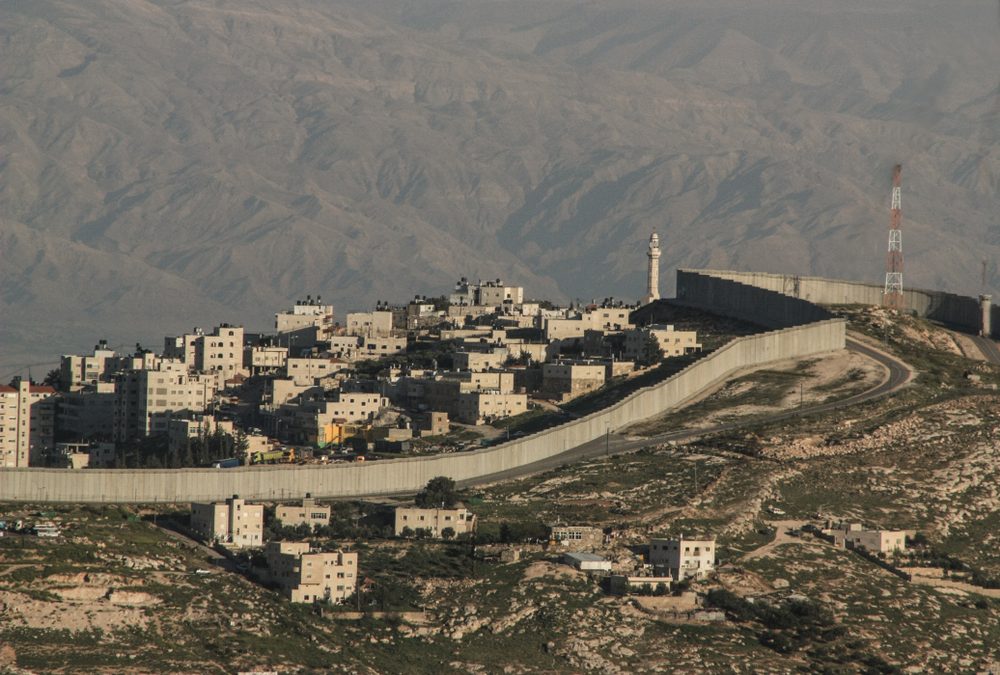 A separation barrier running through the Israeli-occupied West Bank. (Shutterstock)

How the UN Can Help End Israeli Apartheid and Persecution

The years-long focus on the “peace process” has led governments to overlook the unbearable status quo in Israel-Palestine. That has to stop.
By Louis Charbonneau | May 19, 2021

The latest outbreak of violence in Gaza is depressingly familiar. Scores of civilians, including children, have been killed and injured. As usual, Israeli airstrikes in heavily populated areas of Gaza have claimed the most victims, although Hamas rockets launched into Israel have also killed and injured civilians.

As we try to grapple with a new cycle of bloodshed and apparent war crimes by Israeli authorities and Palestinian armed groups, it’s worth recalling what sparked the latest violence: a dispute over the eviction of Palestinian families in East Jerusalem.

The plan is to replace these Arab Palestinian residents with Israeli Jews. Such evictions are all too familiar — they’re part of the discriminatory oppression that the Israeli government imposes throughout the Occupied Territories.

Human Rights Watch issued a 213-page report in April that helps put the recent bloodshed in its proper context. It details the crimes against humanity of persecution and apartheid that Israeli authorities are committing against millions of Palestinians.

The report’s publication whipped up a storm of reactions. But we weren’t the first to make this determination — and we aren’t likely to be the last. The growing recognition that apartheid is a reality today should push the international community to question the assumptions that have long underlined the conversation about Israel and Palestine.

The years-long focus on ceasefires and the “Middle East peace process” has led governments to overlook or minimize the unbearable status quo on the ground. Meanwhile, Israeli authorities have pursued policies aimed at ensuring the continued domination of one group over another. There’s nothing to suggest that Israel’s government views its 54-year-old occupation of the West Bank and Gaza Strip as temporary.

International law, as codified in two treaties, defines the crime of apartheid. It was initially inspired by the South African experience, but it’s been abstracted to capture other severe and structural examples of discrimination intended to favor one group at the expense of another.

The crime requires three elements: an intention to maintain a system of domination, systematic oppression, and inhumane acts committed as part of that project.

Human Rights Watch found that Israeli authorities have demonstrated an intent to maintain a system of domination across all the territory they control and carried out systematic oppression and inhumane acts in the Occupied Palestinian Territories. The related crime of persecution involves the intentional and severe deprivation of fundamental rights by reason of the identity of the group and requires discriminatory intent.

Israel has legitimate security concerns. However, Human Rights Watch has documented a range of inhumane acts that had nothing to do with security but instead reflected solely a desire to control land and demography. Others had a security basis but authorities had failed any reasonable test to address those concerns in a focused manner that balanced them against the human rights of the population harmed.

For decades, there have been unrelenting land grabs, unchecked expansion of illegal settlements in the Occupied Palestinian Territory, regular home demolitions, and confinement of many Palestinians to under-resourced and overpopulated enclaves. In a stark illustration of entrenched discrimination, Israel vaccinated all of its Jewish and Palestinian citizens. But in the West Bank, excluding East Jerusalem, it vaccinated Jewish settlers while denying responsibility for vaccinating most Palestinians.

What Can the United Nations Do?

The United Nations played a central role in undoing South Africa’s system of apartheid. It should do that again with the crimes of apartheid and persecution, globally and in Israel-Palestine.

The first thing UN member states should do is to mandate an international commission of inquiry to investigate systematic discrimination and repression based on group identity in the Occupied Palestinian Territories and Israel.

Given its history of involvement in the South Africa case — and the fact that none of the 193 UN member states has a veto — the General Assembly is well placed to take this up. And it is arguably the closest thing we have to a world parliament. The UN Human Rights Council could also create a commission of inquiry, as it has with other cases of widespread human rights abuses.

Another option is the Security Council, although it has long been deadlocked due to the U.S. government’s use of its veto power to shield Israel from criticism. UN Secretary-General Antonio Guterres could also appoint a commission of inquiry, but he has consistently refused to use his authority to establish international investigations on a number of topics — such as the murder of the Saudi journalist Jamal Khashoggi or the use of chemical weapons in Syria — that involve powerful member states or their close allies.

We’re also calling for the appointment of a global UN envoy for the crimes of persecution and apartheid with a mandate to push for the end of these crimes wherever they occur.

For instance, Human Rights Watch recently found that the Myanmar authorities are committing the crimes of persecution and apartheid against hundreds of thousands of ethnic Rohingya Muslims. Myanmar authorities’ system of discriminatory laws and policies that make the Rohingya in Rakhine State a permanent underclass because of their ethnicity and religion amounts to apartheid in violation of international law. Human Rights Watch has said that Myanmar officials responsible for these policies should be prosecuted for crimes against humanity of apartheid and persecution.

A global UN envoy could draw attention with regular public reports to UN member countries on other countries where the crimes of apartheid and persecution are either in full swing or on the verge of being committed.

Apartheid and persecution have become the forgotten crimes against humanity, as a colleague of mine wrote recently. A UN global envoy could help end that neglect by pushing for greater awareness of where and how those crimes are being carried out and identifying avenues for accountability.

The UN can also offer a forum for discussing these crimes. Various UN bodies and committees around the world organize hundreds of meetings on a wide range of topics every year, including Israel and Palestine. Those meetings offer an excellent opportunity to regularly raise these issues and push the international community to acknowledge the reality on the ground — a first step to changing it.

UN member states can mobilize the UN system to pressure Israeli authorities to end these abuses. The world should stop pretending that these crimes aren’t happening. It should also not tolerate depriving millions of Palestinians of their fundamental rights in order to preserve the possibility of a peace deal that isn’t coming anytime soon.

We need to end the abuses and crimes against humanity now. And the United Nations can help the world do it.

Louis Charbonneau is the UN director at Human Rights Watch.