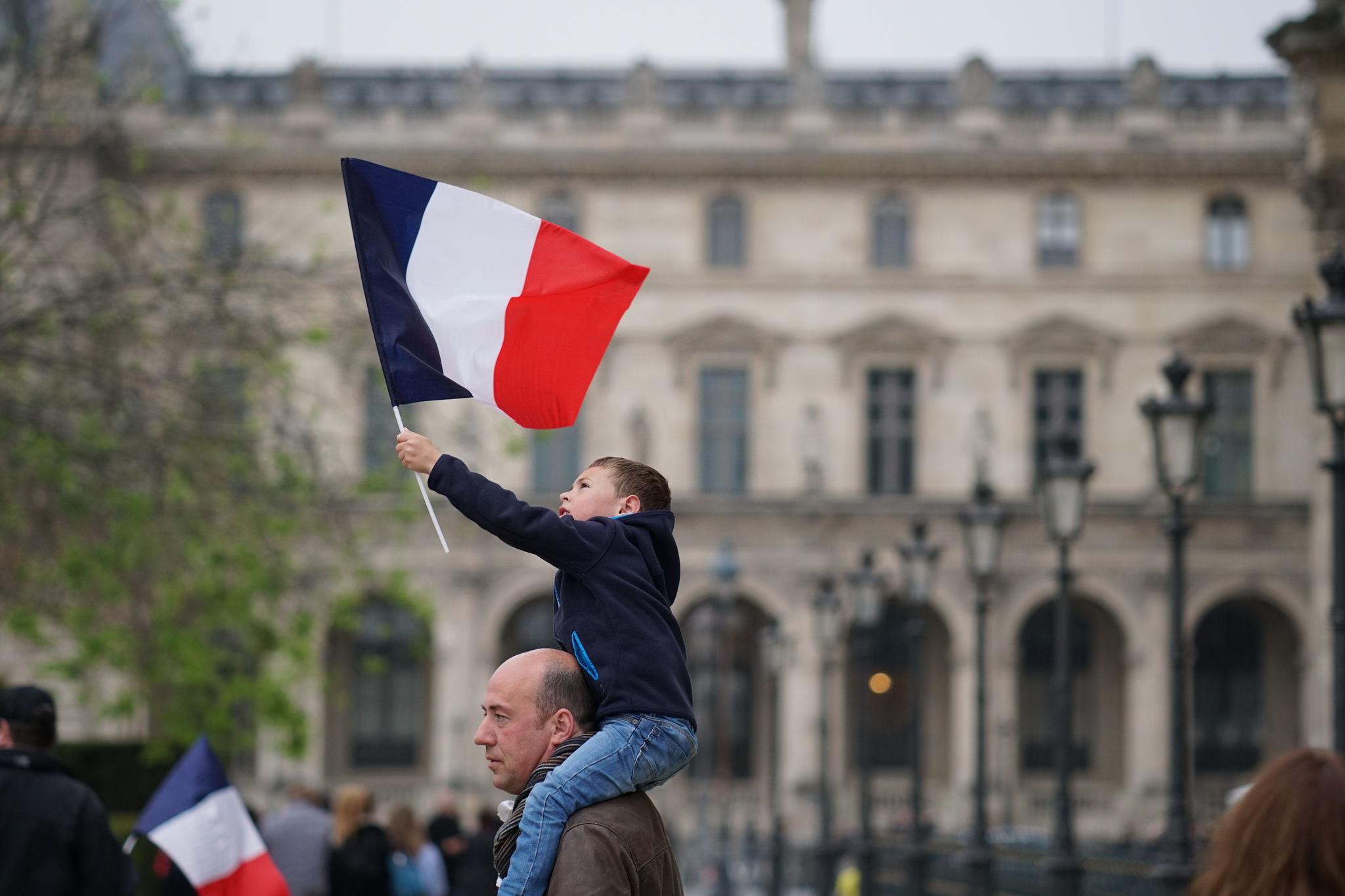 How to Reinvent the European Left

Europeans want to upend politics as usual and the far right is still rising. If the left doesn’t come up with an unusual politics of its own, it will be upended as well.
By John Feffer | May 10, 2017

After all, we failed to prevent Donald Trump and his cronies from seizing the White House or the far-right wing of the Republican Party from taking over Congress. Before that, we were unable to push President Obama to the left on critical domestic issues like health care or to dismantle the worst features of the U.S. war economy.

Still, an outside perspective can sometimes be useful. And I write this letter not only out of great concern but out of an even greater affection.

The European left has been one of the most powerful and successful progressive movements in history. It was the motive force behind European integration, which brought peace and prosperity to a war-torn continent. It entrenched social welfare policies so thoroughly that even conservative political parties — like Germany’s Christian Democrats — have accepted the basic tenets. It promoted cultural policies that have made Europe one of the most tolerant places on Earth.

All of that is now at risk because of a pincer attack by right-wing populism and neo-liberal globalism. And the European left is at perhaps its weakest position since the end of World War II.

The French have turned back the National Front’s Marine Le Pen — vive la France! But it wasn’t a victory for the left, which failed to pull together before the election or convince enough voters to advance a leftist into the second round.

The incumbent Socialist Party attracted only 6 percent in the first round of voting. Progressive candidate Jean-Luc Melenchon, who abandoned the Socialist Party, pulled in a more respectable 20 percent — but then refused to back centrist Emmanuel Macron in the run-off. As many as one-fifth of Melenchon’s supporters were prepared to vote for Le Pen, while nearly one-third were so disgusted with the choice in the second round that they preferred not to vote at all.

The center and the far right have lured away the base of the French left. Macron and his new centrism have captured the pro-European, multicultural, and youth vote. Le Pen, meanwhile, has made inroads with the economic left with her unabashedly anti-globalization, pro-working class program. What’s left for the French left is nostalgia and, in the case of Melenchon, a ridiculous foreign policy that embraces authoritarians of the right (Vladimir Putin of Russia) and left (Nicolas Maduro of Venezuela).

It’s not just France. The Labor Party in the UK is poised for a historic rout in the upcoming elections. Spain, Denmark, Poland, and Hungary are all in the hands of conservative parties. Right-wing populism, which received a shot in the arm by the Brexit vote, has laid siege to the European Union. The far right has made strong bids for power recently in Austria and the Netherlands. In the battle between the left’s internationalism and the far right’s xenophobia, the latter seems to be getting the upper hand.

The European left is in need of reinvention. Here’s a few unsolicited recommendations.

The UK Labor Party made an enormous mistake by not coming out strongly against the Brexit vote. Some MPs worked tirelessly against Brexit (and one, Jo Cox, was even assassinated for her beliefs). But the Labor Party leadership, and Jeremy Corbyn in particular, didn’t do enough to present a unified party message or rally the base to keep Britain in the EU. It will now suffer the political consequences of its decision in the upcoming British elections.

There are good reasons to be disenchanted with the EU. It’s not a particularly democratic institution. It has supported economic policies that result in greater inequality — both within and between member countries.

But, as I’ve written elsewhere, “reasons for disenchantment are not the same as reasons for disengagement. After all, the EU remains a far greener and more equitable economic space than the United States. Brexit is a wake-up call for proponents of European integration to transform the EU into a more perfect union: by making its political structures more accountable and its economic benefits more evenly distributed.”

This should be the program of the left: a new Europe.

Melenchon attracted a good number of supporters with his Keynesian proposals to inject 100 billion euros into the French economy, impose higher taxes on the rich, and increase social welfare programs. It was a bold, but expensive program.

Melenchon gestured in the direction of sustainability, but the left has to put environmentalism at the very center of a new economic policy. The most feasible method of challenging the global economic order — with its gross inequalities, its structural corruption, its utter callousness — is with the lever of climate change. This is the threat that the left can use not just to rein in the worst excesses of neoliberalism but to restructure the global economy.

At the same time, voters are disgusted with entrenched bureaucracies — and that applies to old-style unions and the civil service as well. Young people throughout Europe can’t get jobs because of these fossilized bureaucracies. The European left has to embrace innovation and not just redistribution. The flexisecurity model developed by Denmark in the 1990s — which focuses on training workers for new jobs rather than trying to preserve old unproductive jobs, all within a strong social welfare state — was one such innovation.

It was startling in the French elections that the only candidates to reject Vladimir Putin were Emmanuel Macron and the Socialist Party’s Benoit Hamon.

Marine Le Pen argued that France should adopt Putin’s economic model (presumably with French oligarchs, an exclusive reliance on energy industries, and widespread corruption). But since Putin is a far-right-wing leader, it at least made sense for Le Pen to voice her support. Also understandable were the warm feelings toward Putin of Francois Fillon, the somewhat more traditional conservative candidate.

Less comprehensible was the position of Melenchon, a critical thinker who had nothing critical to say about Putin’s domestic policies of silencing critics or foreign policies of seizing territory, backing dictators, and hacking into elections in other countries.

Of course, the European left must reject a revived Cold War with Russia. And there are plenty of opportunities to work with Moscow on common interests. But Vladimir Putin and his determined covert operation to undermine the EU and boost far-right political leaders in Europe are a significant threat to the European left (and the European project overall).

The left has always been internationalist in perspective. It should continue this tradition by supporting European integration, international efforts to combat climate change, and compassionate policies toward refugees.

But the left, and the European left in particular, must address the local, particular concerns of people throughout the continent. According to 2005 data, only 22 percent of Europeans have moved outside their region or country — compared to 32 percent of Americans who moved outside the state where they were born. A lot of people in Europe, in other words, are not mobile. They have a strong sense of place. The contemporary left has generally been very sensitive to indigenous cultures. Sometimes, however, that principle hasn’t extended to cultures closer to home.

There needs to be a political movement that combines this internationalist perspective with a genuine sensitivity to the local that goes beyond a merely rhetorical adherence to what the EU calls “unity in diversity.”

The next test for the European left will be the German elections in September. The Social Democratic Party, after nominating Martin Schulz as party head to go up against Angela Merkel, was until recently closing the gap with the Christian Democrats. Then it lost two regional contests in a row. Still, it has a good shot at winning the third, in the most populous state of North Rhine-Westphalia.

Mainstream pundits argue that the SPD’s focus on economic inequality isn’t reaching voters more concerned about security, crime, and refugees. In the egalitarian Germany of the past, when it had at one point the lowest income inequality in the world, the SPD’s message might not have resonated. But that Germany no longer exists.

According to a report last year from a German bank,

Whereas in 2000 the top 20 percent of earners were taking in 3.5 times the amount of those in the bottom 20 percent, that ratio has now increased to five times.

Earnings in the bottom ten percent of German society actually decreased significantly in real terms across this period, with an increase in earnings of 6 percent clearly being outpaced by a 24 percent rise in consumer prices.

In contrast the top of German society saw earnings increases of 39 percent.

So, the SPD’s inequality platform, unfortunately, should indeed rally voters.

Neither Putin nor the EU, however, will be much of an issue in the German election: Both the Christian Democrats and the Social Democrats are wary of the former and enthusiastic about the latter. Given its recent two losses in regional elections, the SPD could probably fine-tune its sensitivity to local issues.

But the key issue for the German left — as with the European left — is to present something new to voters, something authentic, something that goes beyond an unjust status quo. The takeaway from the French elections is that the French want to upend politics as usual. If the left doesn’t come up with an unusual politics of its own, it will be upended as well.