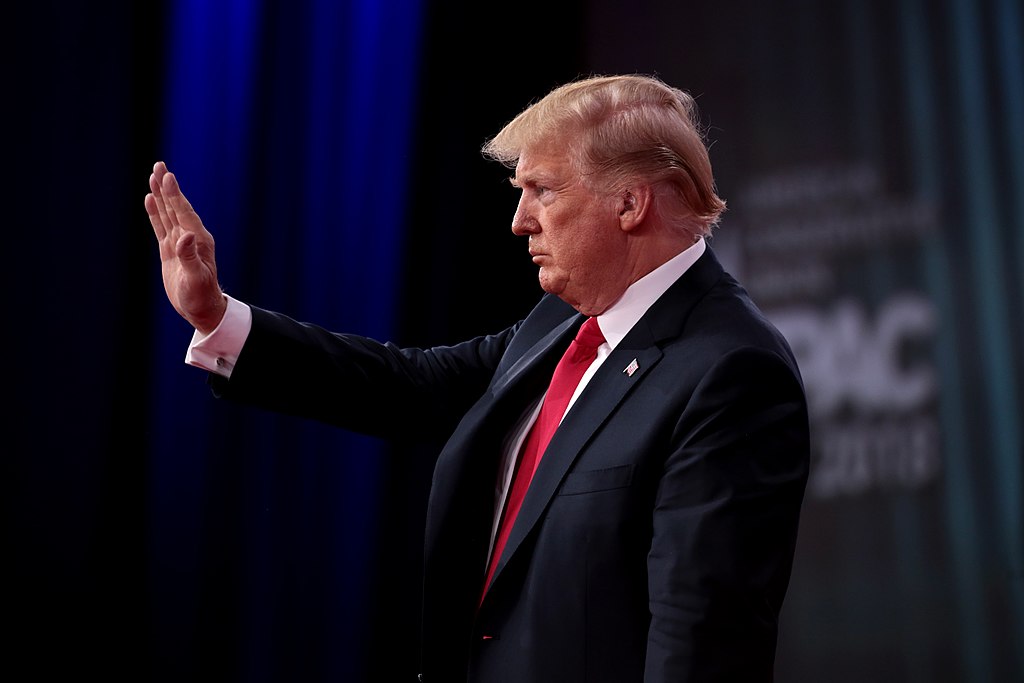 How Trump Will Try to Win the Election

The party conventions are over. The presidential election is in two months. The polls suggest that Joe Biden, the Democratic Party candidate, will win by a large margin over the incumbent, President Donald Trump.

But this is not an ordinary election. It is the first one in modern memory in which the American public and international observers expect disruption. The election in 2016 featured Russian interference, but no one expected that it would have much impact on the results. Whether it contributed to Trump’s narrow Electoral College victory remains controversial.

Four years later, Russian interference is only one of the disruptive factors in the upcoming election. The much bigger question mark is Donald Trump himself.

Trump does not like to lose. And he has demonstrated on numerous occasions that he will lie and cheat in order to win. Here are the various ways that the president will try to overcome his profound unpopularity to win re-election.

Having accustomed the American public and the news media to his non-stop falsehoods, Trump is now taking his lies to a new level. He says the election pits “American vs. Socialist,” as if it were actually Bernie Sanders who won the Democratic Party nomination, not Biden. Trump has repeatedly stated that Biden wants to defund the police when the Democratic candidate has gone out of his way to argue the opposite.

It’s one thing for the president to mischaracterize reality. It’s another when he simply makes things up out of thin air. That’s what happened when he claimed at the end of August that a planeload of thugs wearing dark uniforms had been on its way to Washington, DC to “do big damage.” He had no proof for the claim. And, in fact, the next day, he forgot his original statement and maintained that the plane was heading from DC to an unspecified location.

Trump is entirely untethered from the truth. He will say whatever it takes to win.

Donald Trump has repeatedly encouraged his supporters to get physical. During the 2016 campaign, he praised a pro-Trump politician who body slammed a reporter as “my type.” He told supporters at a rally to “knock the crap out of” protestors and he’d cover their legal fees. He said, after security guards escorted a demonstrator out of the rally, that he’d like “to punch him in the face.”

As president, Trump has defended violent police and neo-Nazis. He has praised the QAnon conspiracy theory, which the FBI considers a terror threat.

But heading into the last 60 days of the election, Trump is taking incitement to the next level. He is telling his supporters not just to focus their wrath on a couple of demonstrators. He is effectively urging his base to start a civil war. He defended Kyle Rittenhouse, a vigilante and Trump supporter who killed two people in Kenosha, Wisconsin. He has called the caravan of right-wing extremists who are confronting Black Lives Matter demonstrators “GREAT PATRIOTS.” As John Cassidy writes in The New Yorker, Trump has now “crossed a threshold” into the incitement of mob violence characteristic of fascist leaders.

Donald Trump has no regard for the rule of law. He has broken so many laws during his presidency – from the emoluments clause of the constitution to his collusion with foreign leaders to aid his reelection campaign – that he has no compunction about doing so again with an important election on the line.

The Republican Party has engaged in widespread voter suppression activities. It has removed voters from the lists, prevented people from registering, and closed down polling booths. Trump is just as interested in reducing the number of voters in the next election.

To that end, he has called into question the very legitimacy of the voting process by disparaging mail-in ballots. Trump has said, “Mail ballots, they cheat.” However, there is no evidence of significant cheating associated with mail-in ballots.

Out of fear of COVID-19 infection, many voters will stay away from the polls in November and vote by mail, regardless of what the president says about fraud. So, Trump is attempting to game the system by making it more difficult for the U.S. postal service to handle all the additional ballots. He has admitted that he is blocking additional funding so that the postal system won’t be able to keep up with the demand. And his appointee to head the system, Louis DeJoy, is making selective cuts to slow down mail processing.

The result of this vote suppression might be the so-called red mirage in which Trump “wins” on Election Day but loses a day or two later when all the mail-in ballots are counted. Trump might then claim that his election victory has been “stolen.”

Which leads to the fourth option.

If all else fails, Trump could simply refuse to vacate the White House. He could say that the election was rigged, that he actually won, and that his supporters have to come out into the streets to defend his “victory.” In other words, Trump could bundle all the options together – lie, steal, incite violence – to turn democracy into autocracy.

For the last several months, Trump has been seeing exactly what military forces he can count on in an emergency. The U.S. military refused to participate in the administration’s crackdown on protestors. The National Guard, with the exception of Washington, DC, are controlled by governors. That is why Trump sent federal agents from Homeland Security, the Marshalls Service, and Customs and Border Patrol to Portland to suppress the demonstrations there. Trump would call upon these troops, plus the pro-Trump paramilitaries and vigilantes, to support his putsch.

Fortunately, without the support of the U.S. military, Trump doesn’t have enough fire power on his side to suspend the constitution and subvert American democracy. If he isn’t voted out of office in November, then he will be dragged out of office.

And, I hope, thrown into prison where he belongs.