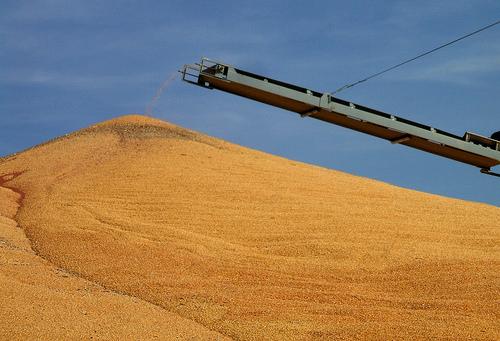 Getting around sanctions is only one of many ways that the Farm Lobby has undercut U.S. foreign policy.
By Marc-William Palen | January 7, 2011 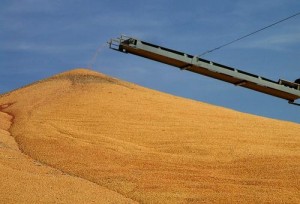 Thanks to the hard work of the U.S. Farm Lobby, America’s love of cheap food has stretched more than an engorged waistline. It now stretches the limits of American foreign policy.

Over the past century, the Farm Lobby’s influence on the U.S. government has increased alongside the consolidation and growth of U.S. agribusinesses, the principle recipients of federal farm subsidies. The redistribution of taxpayer dollars to American agribusinesses not only creates artificially cheap global prices, it also continues to undermine the development of agrarian-oriented economies throughout the world.

Now it appears the Farm Lobby’s efforts are hamstringing American national security, as well. The New York Times has just discovered that the Farm Lobby has been circumventing U.S. economic sanctions against the world’s leading rogue states.

In other words, at the same time that war hawks in government denounce economic sanctions as ineffective, their American Farm Lobby allies, among other groups, have been quietly bypassing the regulations. After filing a Freedom of Information lawsuit and overcoming strong resistance from the Treasury Department, The New York Times has revealed that, for the past decade, the Farm Lobby has ignored economic sanctions by using a Treasury Department legal loophole—a loophole the Farm Lobby helped craft—in order to trade with Iran and other countries listed as state sponsors of terror.

The Treasury Department law, drawn up in 2000, included the loophole principally to help American farmers export their devalued surplus goods. Falling under the vague label of “humanitarian aid,” nearly 4,000 U.S. businesses have since done billions of dollars in trade with blacklisted countries. So-called humanitarian products even include cigarettes and hot sauce. A spokesperson for the American Pop Corn Company, for instance, defended his product as humanitarian, noting that “popcorn has fibers which are helpful to the digestive system.” The law was defined so broadly that “humanitarian aid” included any item on the Department of Agriculture’s list, from seeds to soda, and grains to gum. U.S. exports to Iran, for instance, have skyrocketed from almost nothing to about $1.7 billion, and those to Cuba have reached about $3 billion since passage of the law.

It’s not just gum and soda. “In one instance,” reports the Times, “an American company was permitted to bid on a pipeline job that would have helped Iran sell natural gas to Europe, even though the United States opposes such projects. Several other American businesses were permitted to deal with foreign companies believed to be involved in terrorism or weapons proliferation.”

The Obama administration has since dismissed the report as minor. But the foreign policy community can’t ignore the creation of loopholes “that you can drive a Mack truck through,” says Stuart Eizenstat, who was in charge of sanctions policy in the Clinton administration. “You are giving countries something for nothing, and they just laugh in their teeth. I think there have been abuses.” Eizenstat told the BBC in a related interview that U.S. sanctions policy was “riddled with exceptions that are neither humanitarian nor related to democracy promotion,” and could undermine support for international sanctions. As the Times also points out, “some diplomats and foreign affairs experts worry that by allowing the sale of even small-ticket items with no military application, the United States muddies its moral and diplomatic authority,” especially in countries like Iran where “it is increasingly difficult to separate exceptions that help the people from those that enrich the state.”

The heavily redacted files obtained by the Times “offer a snapshot—albeit a piecemeal one—of a system that at times appears out of sync with its own licensing policies and America’s goals abroad. In some cases, licensing rules failed to keep pace with changing diplomatic circumstances,” as evinced, for example, by the continuation of outdated and loose trade restrictions with North Korea and Cuba. Specialists of U.S.-Cuban relations are already expressing their outrage, and Jewish groups are indignant over revelations concerning Iran. American sales of marinades, cake sprinkles, and salt substitutes have ended up in Iranian stores whose investors include blacklisted banks and high-ranking officials from the Islamic Revolutionary Guards Corps.But selling luxury food products to stores owned by IRGC officials and banks on the American blacklist is just scratching the surface of the Farm Lobby’s insidious influence upon American foreign policy. And it all leads back to the Farm Lobby and federal subsidies of American agriculture.

The U.S. Farm Lobby maintains an inordinate amount of governmental influence, and it pays—literally. Despite promises to the contrary, taxpayer money keeps on feeding the Farm Lobby coffers; agricultural subsidies now average between $10 and $35 billion year. With such overt federal support and at least tacit federal approval, the Times’s most recent revelation is only the newest in an ongoing list of the Farm Lobby’s injurious impact on U.S. foreign relations.

For many years now, poor nations throughout the globe have complained that U.S. agricultural subsidies encourage enormous crop overproduction, which in turn drives massive exportation, thereby glutting the global market and depressing prices worldwide. U.S. farmers, completing the vicious self-perpetuating protectionist cycle, turn to the U.S. government for subsidies in order to supplement these lower global prices their overproduction created.

Corn subsidies, which received $41.9 billion from 1995 to 2004 alone, are particularly detrimental to the world economy and ecology, and this December’s compromise tax deal unsurprisingly included further taxpayer subsidies to corn ethanol production. Since NAFTA was enacted in 1994, for instance, subsidized U.S. corn has been overflowing Mexican markets, destroying Mexican corn-growing, and thereby displacing Mexican farmers. USAID, meanwhile, has consistently threatened to cut off food aid to various African countries that are unwilling to accept genetically modified crops, particularly corn. Other studies show how U.S. corn subsidies are even tied to the destruction of the Amazon. Furthermore, over the past decade the World Trade Organization has castigated the United States for its ongoing and massive program of agricultural subsidization. In recent years, the European Union, Australia, Brazil, Argentina and Canada embarrassingly took America’s illegal corn subsidization to task, and Brazil also recently won a similar World Trade Organization victory over American cotton subsidies.

Reining in the Lobby

The next time a politician or pundit begins banging the drum for war—to “bomb, bomb, bomb, bomb, bomb Iran” as John McCain so melodically put it—remember why it is that economic sanctions never seem to work effectively. The powerful American Farm Lobby deserves its fair share of the blame, as does the U.S. Congress, which continues to massively subsidize American agriculture and thus, indirectly at least, the Farm Lobby itself. Many of the less-than-humanitarian products being traded to Iran, for instance, gained their exemption through the efforts of various U.S. congressmen.

The Farm Lobby’s injurious influence is beginning to take heavy fire from both the Left and the Right. The time is ripe for ending this ruinous agricultural protectionism, especially amid the country’s ongoing obsession with cutting the deficit, eliminating wasteful government spending, and tightening sanctions policies.

Taxpayer dollars have fed agribusiness’s high-fructose-fattened belly for too long, and to the detriment of American foreign policy. The Farm Lobby’s belt needs serious tightening, for the sake of both national and international interests.

Marc-William PalenMarc-William Palen is a Foreign Policy In Focus contributor who specializes in the history of American globalization and foreign relations. He is currently finishing up a manuscript entitled The Conspiracy of Free Trade: Anglo-American Relations and the Ideological Origins of American Globalization, 1846-1896.