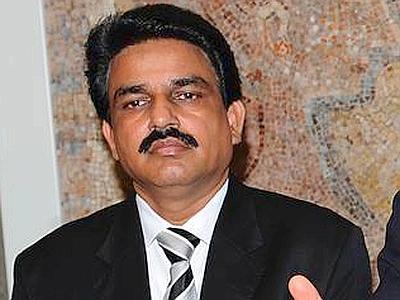 How to Prevent Pakistani Anarchy

In 10 weeks of protests, Tunisians and Egyptians achieved for themselves what 10 years of bloodshed could not purchase for Pax Americana or its archenemy in Iraq or Afghanistan.
By M. Junaid Levesque-Alam | March 14, 2011 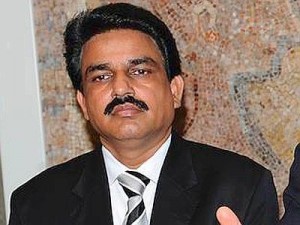 The eruption of democratic defiance among Arabs has discredited neoconservatives and al-Qaeda alike, shattering their shared assumption that Muslims need violent prodding to reclaim their dignity. In 10 weeks of protests, Tunisians and Egyptians achieved for themselves what 10 years of bloodshed could not purchase for Pax Americana or its archenemy in Iraq or Afghanistan: a spirit of solidarity among millions—secularists, mainstream Islamists, young men, old women—eager to rebuild their countries.

U.S. policymakers should learn from these events that the Muslim impulse for modernity and freedom is hindered, not helped, by Western military intervention. And they should learn soon. The U.S. “Af-Pak” war is accelerating the self-destruction of the world’s second largest, and only nuclear, Muslim country.

Pakistan’s lurch toward the abyss is exemplified by the recent murders of two politicians: Salman Taseer, a secularist killed in January, and Shahbaz Bhatti, a Christian killed in early March. Opposition to the ruling party’s proposed changes of the blasphemy law underlay the attacks. The law, created in the 1980s by Pakistan’s military dictator Zia-ul-Haq and later criticized by the United States, was aimed at fostering Wahhabism amid the U.S.-backed “jihad” in Afghanistan.

Consistent with Wahhabi dogma, the blasphemy law reflects the opposite of what the Prophet Muhammad preached. Whereas Muhammad spared the lives of people who tried to poison, starve, and even kill him, the blasphemy law prescribes death for anyone who makes “derogatory” remarks about the Prophet. And whereas the Qur’an explicitly acknowledges the validity of other faiths and decrees that acceptance of Islam is a choice, Pakistan’s extremists target Muslim “heretics” and non-Muslims for destruction.

More troubling than the murders is the soft support for–if not outright approval of–the law among the Pakistani public. Lawyers, once hailed by Western media as heroes of Pakistani liberalism, raucously supported the alleged murderer of Taseer. The killer had been inspired by one of the many religious leaders who had railed against changes to the law in protests that drew tens of thousands.

Amid the backlash, Pakistan’s fragile prime minister abandoned the proposed amendments. That did not appease extremists, who then killed Bhatti, the only Christian cabinet member, also for opposing the blasphemy law.

Fearing Psychosis or the Taliban

Following that attack, a columnist in Pakistan’s largest English daily opined that extremists had little to fear: “Because who are they afraid of? Not the state, not the government, not the law. All three have simply capitulated in front of the psychosis that is ever so often being presented to us through TV talk shows, mosques and cyber space as the ‘true faith.’”

But why has this “psychosis” taken root in a country home to Sufism, Islam’s mystical branch? Pro-Taliban political parties fared poorly in 2008 national and provincial elections. Even in the tribal north, they received little support. And in a late 2009 poll, national support for the Taliban registered at a dismal four percent after the group launched attacks against civilians.

The answer lies not in any one feature of Pakistani society, but rather in frustration with a war that has stretched the weak strands of that society to a breaking point.

One of those strands is the Pakistani military’s support for the Taliban. Its justification—creating “strategic depth” against India—seems absurd, as it is the radicals who have achieved strategic depth inside Pakistan. But this policy, crafted by Zia’s military regime, went unchallenged because of another national weakness: Pakistan’s democracy.

Benazir Bhutto, the former two-term prime minister killed by extremists in 2008, confided to writer Tariq Ali during her first term in 1988 that she was “powerless” against the military. Her own father, Prime Minister Zulfikar Ali Bhutto, was hung by Zia in 1979.

Driving a Humvee Through Pakistan’s Heart

Instead of working around these vulnerabilities, however, U.S. commanders drove a Humvee through them.

Desperate to salvage the war after the distraction of Iraq, the United States intensified its attacks, to which the Taliban responded by seizing swaths of land in Pakistan. The United States then ordered Pakistan to respond swiftly. The Pakistan Army’s harried campaign caused massive civilian displacement and complicated its “strategic depth” fantasies. In retaliation for U.S. and Pakistani pressure, local Taliban began launching suicide attacks, which are now a regular feature of Pakistani life. At the same time, U.S. drone strikes increased inside Pakistan as the civilian government lamely protested.

Taken together, these actions turned the militants’ ire on the country and cratered the government’s credibility.

Demoralized by the impotence of their institutions in the face of foreign power, Pakistanis prefer victimhood to a vigorous response. The war has made it easy to deflect attention and outsource blame.

Media outlets vie with one another to see who can finger the most foreign intelligence agencies for attacks that bear the Taliban’s imprimatur. That U.S. intelligence and mercenaries indeed operate on Pakistani soil–a fact U.S. media deliberately concealed in the Raymond Davis case– drives the fury and paranoia that has peaked with the CIA agent’s capture.

In this poisoned atmosphere, many Pakistanis have adopted an us-against-them mentality. If the United States supports something–such as changes to the blasphemy law–then it must be a U.S. plot. Pakistanis who support such changes then must be agents of the CIA, who after all operate secretly across the country.

If not for the sprawling and blundering U.S. brand of war, might Pakistanis have revolted against their regime and its Taliban creation in a Tunisia-like moment? History brooks no “ifs.” But alongside the established cases of Iraq and Afghanistan, the Arab-led awakening suggests that foreign bullying impedes native progress. The movement has flourished where regimes were lavished with U.S. support (Tunisia, Egypt, Bahrain) but flagged where regimes are lashed with U.S. threats (Syria, Iran). Pakistan is both lavished and lashed, which only heightens the hysteria.

The United States must abandon its schizophrenic approach to Pakistan. It should end violations of sovereignty and the flow of money to elites that turn sovereignty into satrapy. While the Obama administration may find it useful to spy and strike inside Pakistan to help the war, “winning” in Afghanistan is not worth losing Pakistan to resentment-fueled chaos.

America’s endless war is not the cause of Pakistan’s malaise. But it is preventing the emergence of a cure.