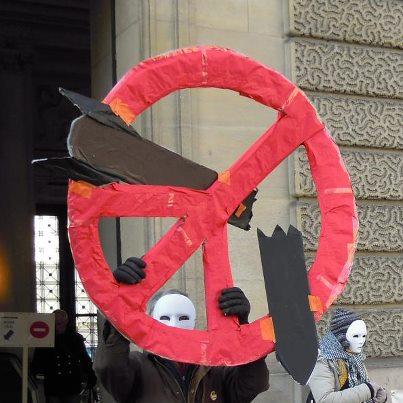 Hunger Striking for Disarmament in France

French anti-nuclear activists are hunger-striking their way onto the political agenda.
By Jeanne Kay | October 1, 2012 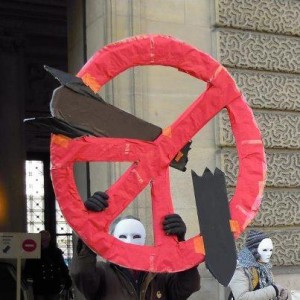 Only a few weeks after Francois Hollande’s election, former Socialist Prime Minister Michel Rocard came up with an original budget-balancing solution: if France chose to relinquish its nuclear arsenal, he argued, “16 billion euros that serve absolutely no purpose” could be saved over five years.

Apparently unimpressed, Minister of Defense Jean-Yves Le Drian immediately retorted that the nuclear bomb was essential to the nation’s security: “We won’t be miserly about our life-insurance,” he declared.

His reaction was echoed on both sides of the political spectrum, reflecting France’s historical attachment to the nuclear program initiated by Charles De Gaulle in 1958. Throughout the recent presidential campaign, as in all the previous ones, the topic was not subject to controversy.

It is against this seemingly immutable status quo that the citizens’ organization Action des Citoyens Pour le Desarmement Nucleaire (ACDN) has been fighting since 1996. After years of activism for international nuclear disarmament, ACDN’s president Jean-Marie Matagne decided to take dramatic action and begin a hunger strike.

“It was a desperate measure. We had already done everything that was feasible as citizens,” said Matagne, a 68-year-old Philosophy PhD, in a phone interview. According to him, there is an “omerta,” a systematic blockade on the subject of nuclear disarmament in the French national media and political sphere, sustained by a militant nuclear-military lobby. His hunger strike was aimed at grabbing the attention of newly elected President Francois Hollande after he ignored several letters from Matagne during the campaign.

On the day of Hollande’s inauguration, Matagne began his fasting and asked for an audience with the new president. Two weeks later, he and fellow hunger-striker Luc Dazy were stopped by police a few feet away from the Elysee palace, as they were on their way to make an appointment to meet the president. After more unanswered letters to Hollande, Matagne finally received a response from Hollande’s chief of staff referring him to the Ministry of the Environment — a response that Matagne calls “near insulting.” To him, the issue can only be dealt with by the president, who is the sole possessor of the nuclear strike capacity.

After 42 days of complete fast, Jean-Marie Matagne interrupted his hunger strike. However, up to 100 ACDN members and supporters throughout the country have undertaken a relay hunger strike in which they take turns to fast.

Matagne declared that he had given up on meeting Hollande “until [Hollande] changes his mind and opens the possibility for a referendum.” The project for a referendum on nuclear disarmament was recently approved by the French Green Party, Europe-Ecologie-Les-Verts, who are part of Hollande’s government in parliament. To Matagne, who is hoping for his movement to keep growing in the following months, this is already a first victory.

Jeanne KayJeanne Kay is a contributor to Foreign Policy in Focus.