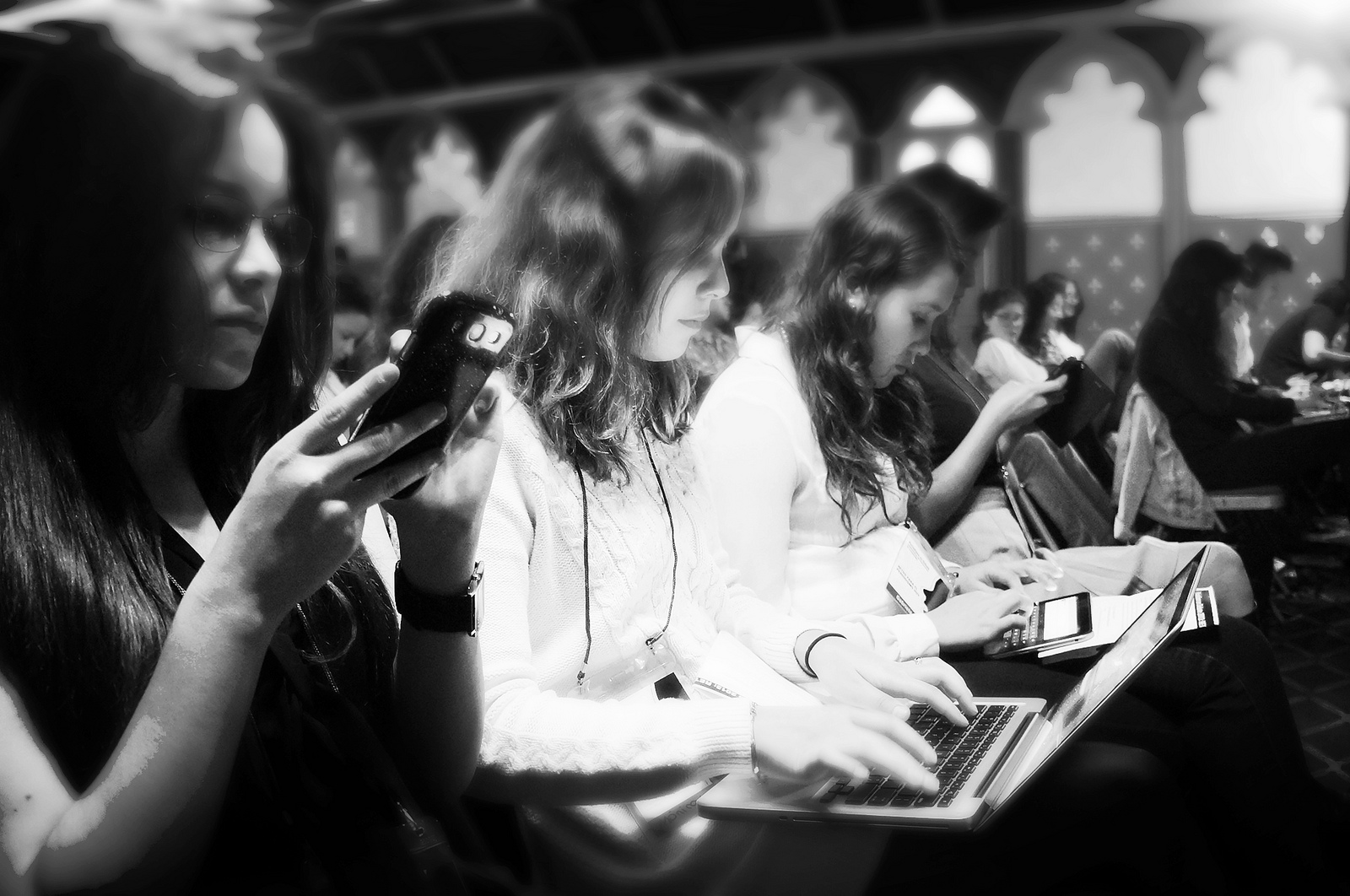 I Am an Enemy of the People

If Trump cracks down on journalists, there might be less uproar than you'd think.
By John Feffer | March 15, 2017

Even before the election of Donald Trump — and his extraordinary declaration that the media are the “enemies of the people” — U.S. journalism was in trouble.

According to Gallup polling, American trust in mass media plummeted from an already low 40 percent in 2015 to a historic low of 32 percent in September 2016. The drop in the trust that Republicans have in the media was staggering: from 32 percent to a mere 14 percent. This last number applies as well to Trump supporters regardless of party affiliation.

If I were a Trump supporter, I’d probably look askance at the mainstream media as well. First of all, newspapers overwhelmingly backed Hillary Clinton for president: 240 editorial boards supported Clinton while only 19 favored Trump.

It wasn’t so much that editorial boards are generally liberal. In 2012, after all, Mitt Romney received 105 endorsements, while Barack Obama got only 99. Rather, regardless of political leanings, editorial boards consistently distrusted Donald Trump. Even some of those that backed the Republican nominee expressed their disdain for him but felt that they had to vote for the Republican Party platform.

It’s not just the explicit endorsements, of course. It’s also the implicit coverage. The mainstream media has been accused of possessing a liberal bias. But liberals and conservatives have castigated Donald Trump, both during the election and even now when he possesses (in theory) the presidential mantle of legitimacy.

Consider the opinion page of The Washington Post this last Tuesday. Liberal Catherine Rampell lays into the conspiratorial tendencies of Kellyanne Conway and crew. Liberal Richard Cohen criticizes the Trump administration’s plan to replace the Affordable Care Act. Liberal Eugene Robinson excoriates the racism of Republican Rep. Steve King in the context of Trump’s cozying up to white supremacists.

Fair enough: Liberals should be expected to sink their teeth into Trump.

Voila, a full-court press on the presidency. Trump is an affront to virtually anyone, regardless of their ideology, who plays (and profits) by the rules of the game.

If I were a Trump supporter, I’d cancel my subscription to the Post. But I’d probably have stopped reading the newspaper and watching CNN long ago because they tend to reflect elite biases (which are sometimes but not always liberal). It’s rare that the media covers labor issues or the concerns of working-class Americans these days, except to reflect on the scourge of drug addiction in the Midwest or to mourn a lost age of manufacturing. The mainstream media provides news by the bi-coastal elite and for the bi-coastal elite.

I’ve also had my own frustrations with the mainstream media in the United States. They did a lousy job exposing the lies the George W. Bush administration used to justify the invasion of Iraq. They didn’t subject Obama’s drone program to sufficient scrutiny. They betray a corporate bias. Certain parts of the world, like Africa, get precious little coverage. And so on.

The mainstream media, designed to be a watch-dog institution, certainly needs its own watch dogs, and that’s where alternative media come in. But let’s be clear: The mainstream media is indispensible. Media that maintain full-time reporters, foreign bureaus, and fact-checkers are an absolute requirement in a democracy. The New York Times and CNN can’t be replaced by Internet sites and their comments sections. That way lies madness (and Breitbart).

We don’t need to engage in thought experiments about what would happen if the mainstream media disappeared or if their independence were compromised. All we have to do is look at Turkey.

First Go After the Journalists….

The 259 journalists in jail around the world in 2016 was the highest number since 1990. Turkey, meanwhile, leads the pack in this dubious category, with at least 81 reporters in prison (and possibly as many as 191).

Most recently, the Turkish government made headlines when it arrested Deniz Yücel, a Turkish-German journalist working for the German newspaper Die Welt, accusing him of being a terrorist. Yücel was actually more dangerous than a terrorist — he was part of a team investigating corruption involving the government and the family of Turkish President Recep Tayyip Erdogan.

The arrest of journalists is only part of the post-coup crackdown by Erdogan. The Turkish government has shut down 149 media outlets, dismissed over 4,000 judges and prosecutors, fired over 7,000 academics, and arrested over 40,000 people.

But Erdogan didn’t just start arresting journalists after the coup attempt last July. Journalists were a primary target of Erdogan’s assault on what he called the “deep state” in Turkey, which refers to at various times: the military, ultra-nationalists, pro-Gulen forces, anti-Gulen forces, and so on. (Fethullah Gulen, a one-time ally of Erdogan, is the head of an Islamic movement that maintains educational institutions all over the world, counts on many adherents within Turkey, and may or may not have been behind the July coup). The “deep state,” which actually did launch several successful coups in Turkey’s past, has now become convenient shorthand for any countervailing power that might oppose Erdogan, whose attacks on this subterranean creature have been an effective strategy for consolidating power.

Ominously, the Trump administration has also used this same phrase, the “deep state,” though it refers to a different of characters.

The “deep state” might refer to the infamous “blob” — the foreign policy network in Washington that resisted some of Obama’s more transformational efforts in international relations. It might stand in for any pro-Obama foreign policy faction that now opposes Trump. It might be another way of describing an array of government officials using bureaucratic inaction, calculated leaks, or deliberate sabotage to undermine the new administration’s policies. Or it might be a much larger target that includes think tanks, media, and NGOs that aren’t Trump-positive.

To defeat the “deep state,” Trump has brought in people untainted by policymaking experience. It is also preparing to cut non-military government activities by a paralysis-inducing $54 billion to pay for an equally jaw-dropping Pentagon boost. Trump is playing on the deep antipathy that average Americans have toward government in general — roughly half of Democrats and a three-quarters of Republicans don’t trust government — to root out any potential opposition inside the Beltway. Welcome to the deconstruction of America, Steve Bannon-style.

If Trump intends to follow Erdogan’s game plan, expect to see journalists go to jail, particularly those probing into the opaque business deals of the Trump syndicate. Already, six reporters were arrested at the Inauguration Day protests and charged with felonies for participating in “rioting” (charges have since been dropped for four of the journalists).

The jailing of journalists will be a key litmus test of whether Trump is acting on his authoritarian impulses. Given the unpopularity of the media and Trump’s demonization of it, such a move might not cause as much uproar as First Amendment advocates might think.

You know the guy. He rails against the MSM (mainstream media) on websites all day long. Then he sends out a link to a New York Times article to prove some argument or another. If you point out the contradiction to him, he says, “Well, even a stopped clock is right twice a day.”

Under normal circumstances, such curmudgeons are as much a part of a healthy democracy as celebrity hounds and Internet trolls. Vive la freedom of speech!

But these are not normal circumstances. Such curmudgeons now work in the White House. Former Breitbart News staffers who built their reputations on savaging the mainstream media and creating fake news in their place now have influential roles in the administration. Stephen Bannon is senior advisor. His protégé Julia Hahn is now a special assistant to the president. Sebastian Gorka, once the national security editor at Breitbart and an “Islamophobic huckster,” advises Trump on counter-terrorism.

Moreover, Breitbart is positioning itself as the go-to news source in the Trump era, not only reporting the news but making it, as it did recently by releasing an audio clip of House Speaker Paul Ryan dissing Trump during the campaign. It has hired new staff from The Hill, Real Clear Politics, and The Wall Street Journal to give the site a veneer of legitimacy. It’s also planning to open bureaus in Paris and Berlin — to link up, no doubt, with fake news enthusiasts over there.

The assault on the mainstream media comes not only from the right. RT, the mouthpiece of the Russian government, has been giving space to left-leaning journalists over the years — Ed Schultz, Thom Hartmann, even Larry King. They, too, give the channel a veneer of respectability, for they are respectable voices. Although RT does engage in some real journalism, it is also a purveyor of fake news, such as the Pizzagate scandal or the spate of articles about Clinton’s supposed health problems before the election. Given the right-wing character of Vladimir Putin’s administration, RT and Breitbart are really just two faces of the same coin.

In this new information war, I’d like to propose a truce. The MSM, for its part, must try harder to address the concerns of those struggling to make ends meet, who are hurt by globalization, who are angry at the political, economic, and cultural elite of this country. And those who oppose Trump and all he stands for — stop treating the mainstream media as though it were the devil incarnate. Mainstream journalists will be key players in investigating, patiently and by the rules, all the abuses of the Trump administration.

If Trump calls mainstream journalists the enemy of the people, it’s important for all of us to stand up and declare that we are enemies of the people, too.