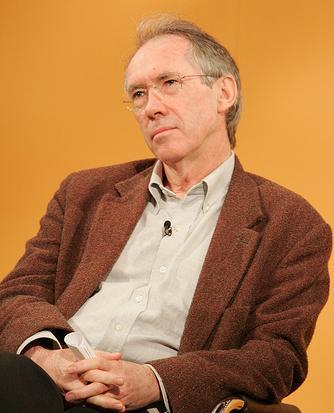 Novelist Ian McEwan recently spoke out about Israeli crimes but made several key errors in his analysis.
By Marc Estrin | February 23, 2011 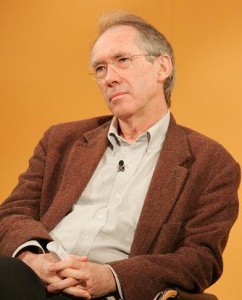 In the midst of cries for freedom in the Middle East and Africa, novelist Ian McEwan claimed the Jerusalem Prize for Literature. The event took place in a sumptuous convention center in a city officially described as the eternal and undivided capital of Israel.

In his acceptance speech, McEwan addressed the president of Israel, the minister of culture, the mayor of Jerusalem, and the “Israeli and Palestinian citizens of this beautiful city,” and thanked them for honoring him with a prize which “promotes the idea of the freedom of the individual in society.” He then proceeded to schmooze with the literary celebrities and political and military enforcers that gather at such events.

His speech was gracefully written, a short lecture on the history and purpose of the novel as an exploration of the individual, along with some ruminations concerning the political “situation,” and his acceptance of the prize. Haaretz headlined the speech as courageously “slamming” Israeli policies, while Britain’s First Post described him as “hitting out” at Israel’s “great injustice.”

Although I acknowledge McEwan’s accurate listing of major Israeli crimes, and admire his courage in enumerating them to such an audience, I found the speech on the whole to be intellectually, and perhaps psychologically, dishonest. It recalled many frequent Zionist tropes to mask and distort the reality on the ground — and in the hearts and minds of many of his listeners.

In spite of his claiming disinterest in “arguments of equivalence,” McEwan repeatedly denounces “both sides” as if they were equivalent players in the ongoing tragedy. He speaks of “nihilism” of Hamas, which “has embraced the suicide bomber” — though such tactics began only after intolerable Israeli provocations and lasted only a few years. They are not a current tactic, though McEwan describes them as if they are. Meanwhile, the Israelis have killed more than 3,000 Palestinians, without committing suicide.

He goes on to speak of the nihilism of “rockets fired blindly into towns.” These home-made explosives, fired in the general direction of Israeli towns over the border from Gaza, land mostly in empty fields without injury to person or place — hardly equivalent to the high-tech weaponry targeted and used against the Palestinians.

He claims that Hamas has “embraced the nihilism of an extinctionist policy toward Israel” with no nod to its many-times offered long-term truce proposals, or the clear and oft-stated purposes of the Zionists to possess the land “between the river and the sea” by dispossessing its Palestinian inhabitants.

McEwan fearlessly mentions Israeli killings in the occupied territories, evictions and demolitions, the “tsunami of concrete” poured in the West Bank, the “relentless purchases of Palestinian homes in East Jerusalem, and the right of return granted to Jews but not Arabs. But I stand back from these “equivalent” listings of evil, and think they are not equivalent at all — quantitatively or qualitatively, or with regard to their motivations. One side is the oppressor, one the oppressed. Would McEwan dispute which is which?

A second common trope for Israel apologists often surfaces in their descriptions of the Israeli project. McEwan contextualizes his evaluation in the rhetoric of the occasion:

“Everybody knows this simple fact: once you’ve instituted a prize for philosophers and creative writers, you have embraced freedom of thought and open discourse, and I take the continued existence of the Jerusalem Prize as a tribute to the precious tradition of a democracy of ideas in Israel.”

This is shoddy, dishonest thinking, considering the history and rhetoric of Zionist thought. Indeed, the same week as McEwan’s speech, the Knesset passed a bill calling for heavy fines on Israeli citizens who initiate or incite boycotts against Israeli individuals, companies, factories, and organizations. Even McEwan notes that although the Jerusalem prize “recognizes writing which promotes the idea of the freedom of the individual in society,” that idea “sits so awkwardly” with the situation in Jerusalem. That idea, a writer’s gambit that puts forward the part (the prize) for the whole (democracy of ideas) sits awkwardly in the West Bank and Gaza as well.

And again, a false equivalence: “A great and self-evident injustice hangs in the air, people have been and are being displaced. On the other hand, a valuable democracy is threatened by unfriendly neighbours, even to the point of extinction by a state that could soon possess a nuclear bomb.”

Actual displacements and killings taking place as he speaks versus some theoretical threat “even to the point of extinction” by, I suppose, Iran. Does he know the real translation of Ahmadinejad’s “threat,” that the Iranian leader was referring to the dissolution of the Israeli government not the eradication of the state of Israel? Is he aware of any Iranian nuclear arms program? Would Iran use a nuclear weapon against Israel even if it had one? These are all right-wing canards, embarrassing in the mouth of an informed and presumably progressive person.

The final, show-stopping conversation and thought-ending Zionist trope in McEwan’s speech is the invocation of the, THE, Holocaust, “that industrialised cruelty which will remain always the ultimate measure of human depravity, of how far we can fall.” Are there not other holocausts afoot, a main one planned and executed by the people in that very room? Are the billions spent, and the technological plans made for ever greater use of joystick drone and space warfare not a competitor on the human depravity scale?

The Place and the Effect

Granted, the ability to speak truth to power depends on access to that power. I don’t know why the elite ever granted a ticket to Lewis Lapham to anything. And the politicos and their sycophant press were clearly blindsided by Stephen Colbert’s still remarkable 2006 roast of George Bush at the Washington Press Club. Once bitten, twice shy: nothing like that will ever happen again.

And so, by being “nice” and “balanced,” Ian McEwan earned himself some reluctant ears to fleetingly assault with some nasty truths. But having been awarded the prize, would he not have had those same ears — and more — by turning the prize down? I understand his rationalization about art promoting freedom. But contrast his route to access, voice and freedom, with that of the people in the squares of North Africa. Is there not something more genuine about these which do not end in wine and cheese?

As McEwan traced the tradition of the novel, imagine a bulldozer audibly demolishing the building next door, the cries of the inhabitants leaking through the convention center windows. Oh, but that’s on the other side of town.

This great writer admits that “whatever I believed about literature, its nobility and reach, I couldn’t escape the politics of my decision. Reluctantly, sadly, I must concede that this is the case.” Why reluctantly, and above all, why sadly? Is not the polis of politics a collection of those individuals he writes so sensitively about? Does collecting a prize concerned with “the freedom of the individual in society” annul its social aspects?

If there were any doubt, McEwan had only to listen to Mayor Nir Barkat’s speech, asserting that although Jerusalem “has conflict, big-time,” he could nevertheless boast of the city’s “pluralism” and “openness,” and of his conviction that the “renaissance of arts” taking place in the capital is acting to “mediate tensions.”

Tell that to the Palestinians.

Marc EstrinMarc Estrin is a novelist, blogger, cellist, and activist in Burlington, Vermont. He is a contributor to Foreign Policy In Focus and a former visiting fellow at the Institute for Policy Studies. His weekly essays appear on his blog, and his literary work is described on his webpage.