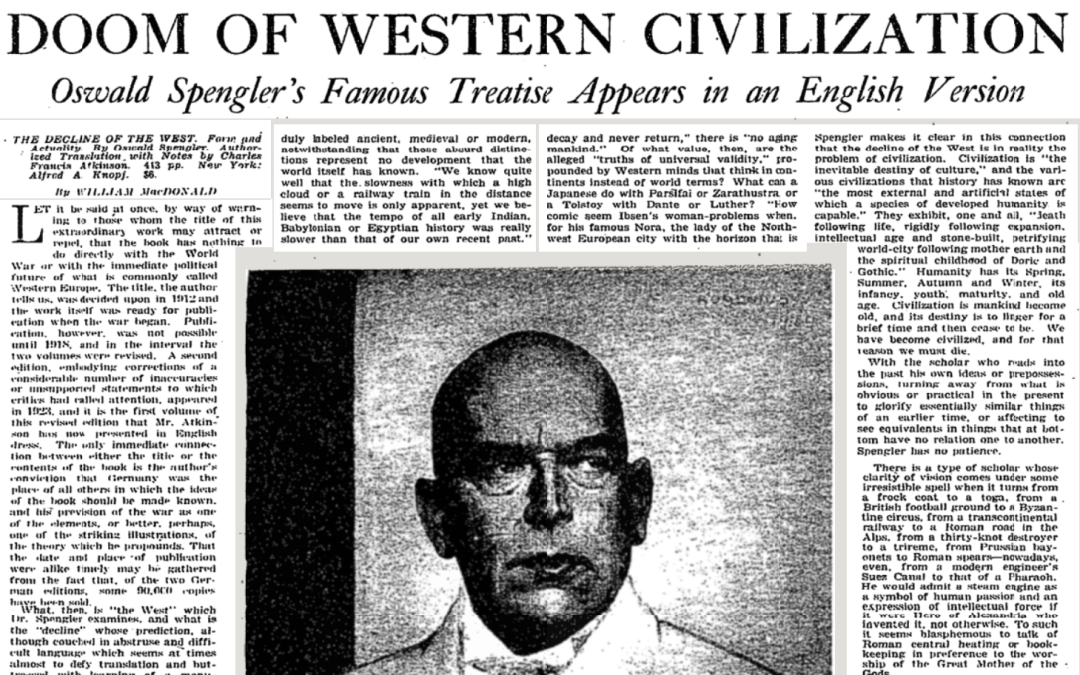 Ideas, Including Foolish Ones, Have Consequences

The intellectual godfathers of the “alt right” and their descendants are on a fool’s errand: to rationalize irrational hatreds.
By Walden Bello | November 22, 2022

Is the radical right pure hate and all emotion?

Well, they may start from that, but humans that they are, some of them try to rationalize their hates and fears into theories that, though detached from reality, literally provide the ammunition that enables their followers to wreak havoc, like the guy did who descended on a store frequented by Black people in Buffalo several months ago in order to kill as many African-Americans as possible.

Matthew Rose’s A World After Liberalism (Yale University, 2021) brings together and critically analyzes the thoughts of people that most of us probably have not heard of but are worshiped in far right networks around the world. Rose says we better listen to what these guys are saying, even if we find them utterly distasteful, because their ideas have consequences.

Steve Bannon, the incendiary Trump adviser, may be the best known activist of the international far right, but he has derived inspiration from otherwise little known figures on the fringes of history, underlining the wisdom in Keynes’ well-known observation: “Madmen in authority, who hear voices in the air, are distilling their frenzy from some academic scribbler of a few years back.”

The first of these scribblers in Rose’s gallery is Oswald Spengler, an intellectual outside the academy that captured the imagination of a pessimistic post-War World I generation with his celebration of the “heroic” culture of the West. Spengler asserted that culture was in danger of being overwhelmed from within by lack of confidence and loss of a sense of identity — and from without by the “downtrodden races of the outer ring,” who had begun to move from the periphery to the center, armed with the technologies shared with them by the West owing to what Spengler characterized as misguided liberal values.

People of Europe had a shared, collective identity based on one central idee fixe — the “striving for the infinite,” manifested in art, adventure, and conquest. This “Faustian” collective identity, Spengler said, was threatened by the moral sensitivity and self-doubt that liberalism had engendered and by global immigration. The “Decline of the West” (also the title of his key work) was inevitable, but he argued it could be postponed if the peoples of Europe would recognize and embrace their common collective cultural and racial identity and decisively reject the corrosive influence of liberalism, with its leveling doctrines of democracy and equality.

Another influential blast from the past is the Italian philosopher Julius Evola. Evola adopted what was becoming early 20th century sociology’s standard description of social evolution from gemeinschaft to gesellschaft, from traditional to modern society. But instead of seeing modern society as a positive, with its division of labor, economic development, democratic rule, and evolution of the law, he saw it as a fall from grace. Tradition, hierarchy, inequality, the superiority of the master class — these constituted the natural state of community that liberalism, democracy, and socialism had destroyed with their glorification of reason, which drained the world of meaning.

For Evola, race is destiny, and he heaped outrage after outrage on African Americans and Jews. His followers claim, however, that he was not a crude racist, since for him race was not only biological but “spiritual,” whatever that means. One might dismiss all this as nonsense but one cannot dismiss its influence, for Evola has garnered enthusiastic praise across the far right, from the Russian Aleksandr Dugin to the Frenchman Guillaume Faye and to the alt-right Americans Steve Bannon and Richard Spencer.

Spengler and Evola provided later theorists of reaction an explosive legacy of ideas.

A virulent anti-Semite, Francis Yockey argued that world domination is the essential drive of western culture, and the people of the West must live up to that destiny or witness their culture lose its “vitality.” Self-doubt engendered by liberalism was the first step on a slippery slope to cultural self-destruction.

Alain de Benoist of France denounces racial equality, celebrating instead, “racial plurality” as a “veritable human treasure.” Benoist is said to have inspired the Great Replacement Theory, which holds that immigration represents an “existential threat” to the white community and is part of a conspiracy to water down and eventually replace the white race as the dominant race in western societies.

Samuel Francis died in 2005 at age 58, but his impact on the far right continues to resonate. Like the famous sociologist C. Wright Mills, Francis saw the rise to power and consolidation of a power elite. But instead of moving left with this insight as Mills did, he moved right. Fancisc depicted a liberal managerial elite determined to advance the interests of a minority at the expense of an endangered white majority.

Francis also pioneered the depiction of liberals and progressives as promoting what eventually received the popular tag “cancel culture.” As Rose points out, Francis saw in liberalism “a coordinated project of ongoing cultural dispossession” that would “eventually target every symbol and institution of an old social order.”

Even if the Republicans won elections, in this view, the liberals’ policies would prevail because of their entrenchment in key unelected positions in the government bureaucracy — another perspective he shared with some on the left that was later popularized under as the “deep state” that allegedly countermanded Trump’s exercise of power.

Francis was among the first to uncover the political potential of the demographic of lower and middle class white Americans, people he termed “Middle American Radicals (MARS). His analytical work would contribute to activating that demographic into the angry mass that first took the form of the Tea Party Movement and later mutated into the Trumpist base.

But for all his sophisticated theorizing, Francis was obsessed with one idea, and this was that “the civilization that we as whites created in Europe and America could not have developed apart from the genetic endowments of the creating people, nor is there any reason to believe that the civilization can be successfully transmitted to a different people.”

Though Rose tries his best to treat his subjects’ ideas with care, his book serves as proof that Spengler, Evola, and their descendants are engaged in a fool’s errand, which is to rationalize that which resists reason. For reason is always critical and tied to a moral end: to dissolve or dismantle the myths, obfuscations, folk foolishness, urban legends, and outright falsehoods that stand in the way of the realization and achievement of that most fundamental and primeval of human aspirations: equality.

Ideas — even the most foolish, unfortunately — have consequences.

FPIF columnist Walden Bellow is the International Adjunct Professor of Sociology at the State University of New York at Binghamton and a Senior Analyst for Focus on the Global South.