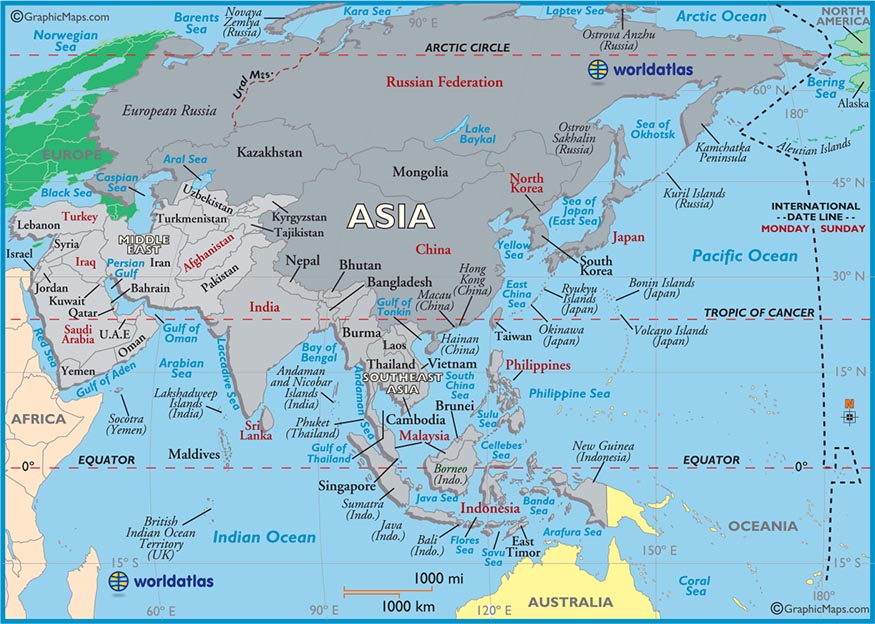 The Impact of Chinese Maritime Policies on India

Two important bodies of water have been in the news for some months now. Numerous media reports have focused on Chinese claims made on the two seas off its eastern and southeastern shores. The Senkaku Islands in the East China Sea, though uninhabited (and visible to the naked eye on a special map), had been claimed by the Japanese since the late 19th century and administered by Tokyo since the early 1970s, when the U.S. gave Japan control over these islands under the Okinawa Reversion Agreement.The Chinese had made no consistent claims over these islands until 1971.This was shortly after a U.N. geological survey found oil and natural gas reserves in the East China Sea, “lying around the Senkakus and beyond.”It was at that time that Beijing protested the U.S. transfer of authority over the islands to Tokyo, claiming they belonged to China (who calls them the Diaou Islands). But the years after 1972, following President Nixon’s visit to China, saw a gradual normalization of Sino-American relations.

Partly due to this thaw and in particular China’s preoccupation with rapid economic development, the matter remained dormant for four decades and more. In November 2013, however, Beijing announced the establishment of an Air Defense Identification Zone (ADIZ) over the East China Sea’s 480 thousand-plus square miles. As it happens, parts of this area’s overhead airspace overlapped with the ADIZs of Japan, South Korea and Taiwan. Now, Japanese and other neighboring countries’ long-standing unease about China’ growing strength and ambitions mounted.

Located off China’s eastern coast, the East China Sea is just below the strategically important Yellow Sea and neighboring Korea and Japan, with Taiwan to its south. The anxiety over this Chinese declaration can also be appreciated if we bear in mind that the Port of Shanghai, facing the East China Sea, is said to be the world’s busiest container port, making this body of water an important artery of trade not only for China but also for neighboring countries and other trading nations.

While other countries had also established such identification zones in their waters, none of them imposed restrictions similar to those established by Beijing, i.e., identification (ID) of a flight plan, radio identification and many other types of ID spelled out by the Chinese Ministry of National Defense.

Although much feared, no ADIZ has been established by Beijing over the South China Sea (SCS), which is more than three times larger than the ECS. But much more expansive claims have been made over important archipelagoes and indeed this whole body of water. These have generated sharp conflicts with many more nations, near and far, because this sea is one of the most critical trade routes in the world.  Moreover, as with the East China Sea (where the Japanese-controlled Senkaku Islands are also claimed by both China and Taiwan), the seabeds of the South China Sea are also rich sources of hydrocarbons, intensely coveted by the government of energy-poor China (among others).

In claiming sovereignty over almost the entire South China Sea (by virtue of the self-declared “nine-dash line”), China has by definition established control over numerous islands, large and small, including the Spratlys and the Paracels. More importantly, in asserting jurisdiction over these islands, China has asserted control over their 200-mile Exclusive Economic Zones, as authorized by the U.N. Convention on the Law of the Sea adopted in 1982 by most nations (including China).

Under this, Signatories have the right to exploit resources under the seabeds (such as oil and gas said to exist in the SCS), as well as all sea-life: the SCS and especially the ECS are known for their bountiful fisheries. Indeed, some observers challenge the emphasis on energy resources in the SCS maritime dispute, viewing the fishing issue as far more significant.

I might add as an aside that the United States has signed but not ratified this important treaty. It had initially objected to some of its provisions which have since been re-negotiated in its favor. But there remain powerful opponents in the Senate which is tasked with treaty ratification. The arguments by proponents and opponents of the Treaty are set out by Peter A Buxbaum, in US administration pushes UNCLOS. It is relevant to the broad issues addressed here that, according to accession proponents, Washington can better deal with Beijing when challenging China’s maritime claims on the South China Sea.

But while all of the issues noted above are critical for the neighboring states in the South China Sea and the Western Pacific in general, it is important to keep our focus on China and the impact of its actions in the larger picture, as affecting India. New Delhi’s status in the area and beyond is at stake, and its response to Chinese policies can impact not only Japan but the ASEAN countries as well, thereby introducing important geopolitical issues for all concerned.To the extent that China is able to control the transit of all goods in the South China Sea and the exploitation of its resources, its dominance in the Pacific Ocean is enhanced (though not guaranteed as long as the U.S. remains the dominant sea power here — something Beijing no doubt aims to challenge).

Beyond the Pacific, however, control over the South China Sea also enables Beijing to project power into the Indian Ocean as well, accessible from the Malacca Straits between Malaysia and Sumatra (Indonesia).  Hence the whimsical reference to this body of water as “the throat of the Western Pacific and Indian Oceans”  This brings Chinese power to India’s backyard, as it were, and thus is of special concern to New Delhi.

Both trade and resource considerations have motivated New Delhi’s response to China’s aggressive and expansive assertion of rights to the South China Sea.  It is a contention that neighboring states also challenge, including Japan and the ASEAN countries.  Indian trade with ASEAN had reached just over $79 billion by 2012. Moreover, more than half of India’s trade in the Asia-Pacific region passes through the SCS area.  Hence, freedom of navigation is vital for regional and international trade as well as facilitating India’s access to oil and gas resources needed for development.

Indeed, energy resources are crucial to India’s development.  Hence, its state-owned company, The Oil and Natural Gas Corporation (ONGC), established a partnership with Vietnam in 2011 to explore under-sea hydrocarbon resources along Vietnam’s coast off the SCS.  In so doing, New Delhi ignored a Chinese warning against such exploration. If China could go into India’s backyard, why shouldn’t India return the favor in the South China Sea area? Vietnam was of course pleased, having been upset over China’s claim to an area that Vietnam (among others) considered part of its territorial waters. China’s exorbitant claim to the South China Sea has soured relations not only with Vietnam (viz. the new flashpoint created by China’s moving oil rigs into the area) but several other states. India’s response to Vietnam’s invitation was welcomed by many, but it also reflected India’s over-arching aspiration to establish its credentials as a regional power (and ultimately, a global power).

What is perhaps most significant about all these developments is America’s role in encouraging Vietnam (and tacitly India) to throw down the gauntlet to China, as part of Washington’s “pivot” to Asia.

This raises much larger geopolitical issues down the road, including the possibility of a changing balance of power in Asia, as it affects the U.S., China, India, and Japan, as well as the smaller ASEAN states.

But one other country is immensely relevant to our understanding of relations in the Asia Pacific region. It has not been discussed here, but its relations with the principals mentioned above is perhaps crucial to understanding the political and economic evolution of this truly vital area of the world. That country is Russia, which has huge interests in the Asian Pacific.

Mary C. Carras, professor emerita, Rutgers University, is an analyst of Indo-American relations. Her writings include a political biography of Prime Minister Indira Gandhi and a study of Indian political factions.