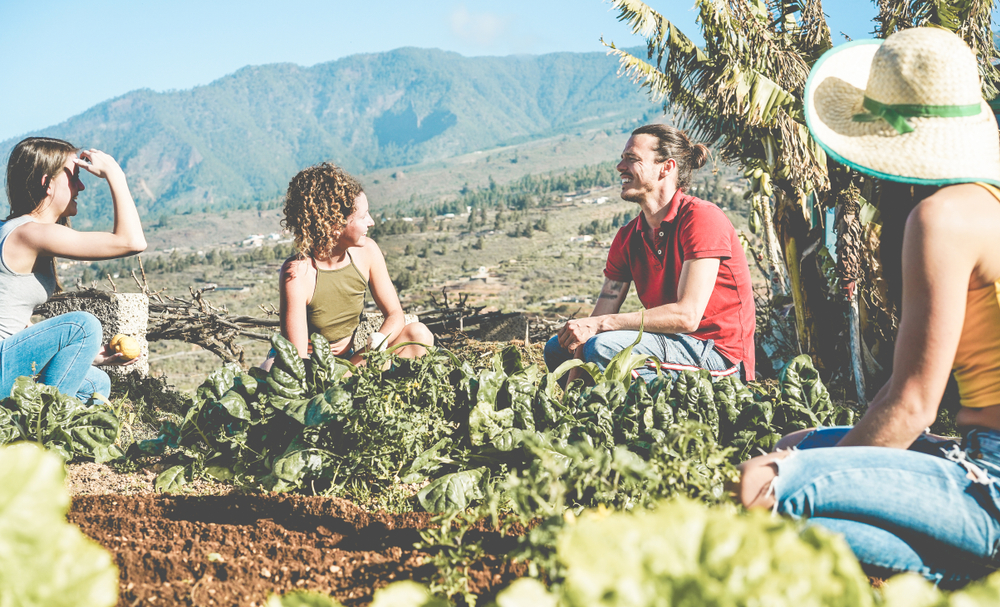 White South Africans are 8 percent of the country's population and hold 70 percent of its arable land. Apparently that's not enough for a global chorus of white supremacists.
By Francis Njubi Nesbitt | August 27, 2018

Ironically, Trump’s statement came on the eve of his wife’s first official visit to Africa, setting the stage for an interesting tour.

Trump was apparently moved by a report by Tucker Carlson, a notorious race baiter on Fox News, that falsely claimed that the South African government was promoting widespread killing of white farmers and seizing their farms without compensation. Trump repeated the falsehoods in a tweet and ordered his State Department to investigate the “large scale” killing of white farmers and “farm seizures and expropriations” in South Africa.

South African diplomats, politicians, and government officials condemned Trump’s comments, calling them “hysterical” and unhelpful. They point out that farm murders are at a 20-year low and that a majority of South Africans support land reform. Nelson Mandela’s grandson and ANC member of parliament Mandla Mandela said Trump “demonstrated a total ignorance of reality.” Mandela argued that South Africa was seeking a just solution to the problems of inequality and poverty.

The State Department’s spokesman Heather Nauert later explained that the so-called land appropriations “would risk sending South Africa down the wrong path.” She proceeded, ironically, to lecture the South African government about its poor implementation of policies but struggled to explain why there still is no U.S. ambassador to South Africa.

Patrick Gaspard, Obama’s ambassador to South Africa, argued that the Trump administration had “no discernible Africa policy” and that the attack on South Africa was an attempt to distract from bad news about his “criminal cabal” in the White House.

This racist hysteria about “white genocide” escalated after South Africa’s President, Cyril Ramaphosa, backed proposed legislation that would authorize the seizure of agricultural land from white farmers. The legislation is part of an ongoing effort to redress the inequities left over from the apartheid era, when whites — who made up less than 10 percent of the population — expropriated 90 percent of South Africa’s arable land for themselves.

After the liberation of South Africa from white minority rule in 1994, Nelson Mandela’s government relied on a voluntary “willing seller, willing buyer” program to redress these inequities, but whites weren’t willing to sell and the overwhelming majority of black people couldn’t afford to buy.

Less than 10 percent of white farms have been transferred to black hands in the last 25 years. Today whites are less than 8 percent of the population but still control over 70 percent of arable land in the country. They also control the mines and other commanding heights of the economy.

Australia’s home affairs minister, Peter Dutton, for instance, called on “civilized” countries to support the white farmers. The Russian government even offered to move white farmers to Russia and provide them with free farmland.

Trump’s affinity for white supremacists in Africa is nothing new for the United States.

Consider the Nixon administration’s public “tilt” toward white supremacist regimes in southern Africa in the 1970s. Nixon and Secretary of State Henry Kissinger considered whites “natural allies” in the Cold War. The administration restored military ties and turned a blind eye to the atrocities committed by the regimes in the region.

Reagan also felt a kinship for white supremacists in southern Africa, and South Africa in particular. His administration greatly expanded military ties and supported apartheid South Africa’s terrorist campaigns in Namibia, Zimbabwe, and Mozambique. Reagan once argued that South African whites supported the allies in World War II despite the fact that many active factions in the country were Nazi supporters.

Trump barely conceals his contempt for Africans and people of African descent. In January, he derided immigrants from Haiti and some African nations, referring to them as “shithole” countries.

“Why are we having all these people from shithole countries come here?” Trump asked while rejecting a bipartisan immigration bill sponsored by the Congressional Black Caucus. He argued that the United States should curb immigration from these countries and instead recruit Norwegians. “Why do we need Haitians? Take them out!” Trump told a White House conference on immigration.

Previously, he said that immigrants from Haiti “all have AIDs” and that Nigerians should “go back to their huts” in Africa.

African leaders rarely criticize the president of the United States directly because of economic ties and foreign aid provided to some countries on the continent. This time, however, there was an immediate and strong reaction to Trump’s comments.

African diplomats at the United Nations condemned Trump’s racist rant, expressing “infuriation, disappointment, and outrage” and demanded a retraction and an apology. An African Union statement said the group was “extremely appalled at, and strongly condemns the outrageous, racist, and xenophobic remarks attributed to the President of the United States of America.” Botswana protested strongly in a formal statement saying that the comments were reprehensible and racist, and summoned U.S. embassy officials to discuss the issue.

Instead of releasing divisive statements and policies, the president of the United States should be supporting Ramaphosa and the South Africans in their quest to reduce poverty and lift up their people with dignity and respect. There is, of course, little chance of that, given Trump’s history and the white supremacist cabal he brought to the White House.

It falls, therefore, on progressive forces in the United States, Africa, and Europe to challenge this resurgence of white supremacist ideologies and regimes. These are the forces that took on European colonialism and apartheid in South Africa and won.

The current wave of racism and xenophobia is a reaction to structural and demographic changes that continue to threaten the assumed supremacy of whites in the global system. It’s a challenge that must be met head on.

Francis Njubi Nesbitt is a Kenyan scholar and writer currently living and working in the United States. He is the author of Race for Sanctions: African Americans against Apartheid, 1946-1994.