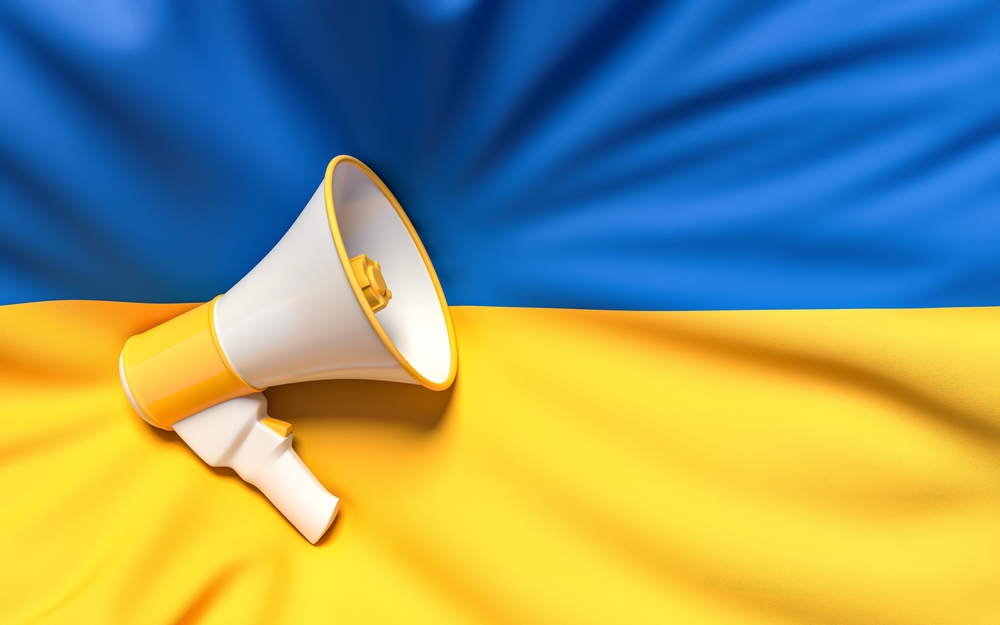 It is critical to support Ukraine’s just war of self-defense against Russian aggression. Russia’s invasion was morally horrendous and blatantly illegal, resulting in ongoing war crimes and tremendous human suffering.

But support for Ukraine’s right to defend itself does not mean silence when the Ukrainian government violates basic rights.

Ukraine is a deeply unequal society and the dominant economic forces have been using the war as an excuse to further constrain the rights of labor unions and the working class. In August, the government enacted Law 5371, stripping about 70 percent of the country’s workforce of many of their legal protections. And parliament is now about to grant the government powers to confiscate billions of dollars of trade union property, which will give the authorities crucial leverage over the country’s main trade union federation.

Everyone’s rights in society depend on the existence of a free and unfettered press. Of course, many governments during wartime clamp down on the media. But a law currently being proposed in Ukraine would give a single national body the authority to censor all television, radio, newspapers, and online media, essentially signaling the end of press freedom in the country. The role of oligarchs in controlling Ukrainian media has always been a problem, but until now there had at least been contending views expressed. That is now at risk.

Another group whose rights are in danger are Ukrainians who were involuntarily mobilized into pro-Russian units in the Donbas. The Ukrainian government had quite properly declared that any such captured soldiers would be amnestied so long as they were not guilty of war crimes. But now Ukrainian authorities have reversed themselves, sentencing captured soldiers to long prison terms for treason without any attempt to determine whether they served the Russians voluntarily or under compulsion.

Of course, Kyiv’s rights abuses don’t come close to those of Moscow. Even before the 2022 invasion, in terms of democracy and human rights, Russia ranked as far more authoritarian than Ukraine, and the Russian authorities in occupied Donbas and Crimea were more abusive still.

In terms of press freedom, Reporters Without Borders (RWB) comments: “The war launched by Russia on 24 February 2022 threatens the survival of the Ukrainian media. In this ‘information war,’ Ukraine stands at the front line of resistance against the expansion of the Kremlin’s propaganda system.” RWB notes that “journalists are in greater physical danger than ever since the Russian invasion in late February 2022.” It’s of course always dangerous reporting or filming from a war zone, but there are quite a number of instances of Russian forces intentionally targeting Ukrainian and pro-Ukrainian journalists.

Labor rights in Russia before the war were better than in Ukraine, but the pro-war position of the Russian federation of trade unions and the terrible experience of Ukrainian workers in the so-called People’s Republics of Donesk and Luhansk (that is, the areas of Ukraine controlled by Russia since 2014) give a sense of the grim future that might be faced by Ukraine’s working class under Russian occupation.

Even if wartime requires a restriction of rights, new Ukrainian abuses detract from rather than enhance the war effort. If Ukraine’s workers feel betrayed by their government, this will undermine their morale, a crucial factor in their heroic resistance to Russian aggression. Independent media are a check against corruption and failed policies; further infringements on press freedom will also reduce international solidarity with Ukraine’s just struggle. And abusing those Ukrainian soldiers who were coerced into serving in pro-Russian units will just make others in their situation less likely to surrender.

It would be ideal if Ukraine were a progressive and egalitarian country. It is not. But the right of self-defense doesn’t just apply to perfect victims. That’s why Poland in 1939 or Egypt in 1956 or East Timor in 1975 or Palestine today are entitled to resist aggression and occupation. But that doesn’t require silence in the face of abuses of human rights by these victimized countries. This critical and independent democratic stance is precisely the approach taken by the left in Ukraine. Sotsialnyi Rukh, the Ukrainian socialist organization, and various anarchist and feminist organizations cooperate with the Ukrainian government in fighting the Russian invasion, but at the same time they challenge the neo-liberal and abusive policies of that government.

President Zelensky and his government must respect human rights and labor rights, both because it will help the war effort and because it is the right thing to do.

Stephen R. Shalom is a member of the editorial board of New Politics.