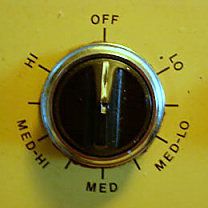 The B-61-12 is a “dial-a-yield,” weapon, which means the explosive power can be tailored to its target. (Photo: Visokio.com)

When nuclear weapons become user-friendly, they will be used.
By Russ Wellen | January 15, 2016

The B-61 is 12-foot-long, 700-pound thermonuclear (hydrogen) bomb that has been a stalwart of the U.S. nuclear weapons arsenal since the 1960s. (Hey, at least it’s not as old as the B-52 bomber, which first flew in — you guessed it — 1952.) Its re-design, which now makes it the B-61-12, has generated even more controversy than nuclear weapons in general. Here are three of the sticking points.

First, the cost of refurbishing the U.S. nuclear weapons program: Up to $1 trillion over 30 years, it does — under the department of thank-goodness-for-small favors — lend credence to those who think that the program will die a slow death due to budgetary attrition.

Second, the B-61-12’s re-design: Is it actually a new weapon or just “modernization,” in accord with the administration’s stated aims to create no new nuclear weapons? Granted, it doesn’t seem like much in these days of precision-guided munitions and Minuteman ICBMs (intercontinental ballistic missiles), but one new feature of the B-61-12 is that it can be steered via movable tail fins. Previously air-to-surface nuclear bombs (those deslivered by fighters and bombers) were just dropped.

Whichever the case, it’s the third point featured in a New York Times article that’s actually useful by the  much-reviled by foreign-policy progressive duo William Broad and David Sanger. The B-61-12’s “yield, the bomb’s explosive force, can be dialed up or down depending on the target, to minimize collateral damage.”

Critics argue that “the smaller yields and better targeting can make the arms more tempting to use — even to use first, rather than in retaliation.” Accuracy in nuclear bombs is considered destabilizing to the nuclear balance because it makes the other side think you’re going to zero right in on their weapons in a possible preemptive counterforce strikes. As for the smaller yields, Broad and Sanger quote Gen. James E. Cartwright, one-time head of the U.S. Strategic Command, which includes nuclear weapons.

“what going smaller does … is to make the weapon more thinkable.”

“What if I bring real precision to these weapons? … Does it make them more usable? It could be.”

Though Cartwright is not opposed to the re-design and also said:

It’s similar to a feature that dogs gun violence prevention. New weapons are easier and more efficient than ever. On the one hand, that increases their ability to  threaten and their value as a deterrent; on the other, they virtually cry out to be used.