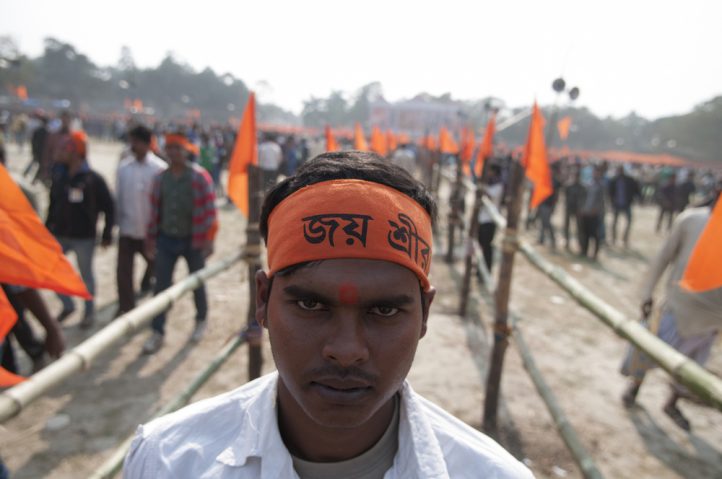 The February 14 suicide bombing of a security force convoy in Kashmir that killed over 40 Indian troops was claimed by a Pakistan-based militant group. While Indians expressed anger, politicians with an eye on general elections in April were quick to whip up nationalist fervor, egged on by irresponsible television networks that shouted down calls for restraint as “anti-national.”

It was thus no surprise that in many parts of the country, Kashmiri students and businessmen were harassed or beaten up, even forcibly evicted from rental housing and dorms. The governor of the northeast state of Meghalaya, a former  leader of the ruling Hindu nationalist Bharatiya Janata Party (BJP), called on social media for people to “boycott everything Kashmiri.” Many claiming to be BJP supporters took to social media to abuse anyone defending Kashmiris’ rights.

Communal violence is not new in India. But since the BJP came to power in 2014, the use of organized mobs to respond to alleged sectarian “offenses” with violence has undermined the rule of law so frequently that the Supreme Court warned that these “horrendous acts of mobocracy cannot be permitted to inundate the law of the land.”

“A mob is not autonomous: it executes the real will of the people who rule the State,” wrote the American writer James Baldwin in The Price of the Ticket. “A mob cannot afford to doubt…But these ideas do not come from the mob. They come from the state, which creates and manipulates the mob.”

Victims of violence by mobs in India will agree. Hate-filled rhetoric from leaders of the BJP and its affiliates against minority communities has fueled violent attacks and abuse.

The pattern is quite familiar to families of those killed by vigilante groups acting in the name of protecting cows. Cows are considered sacred by many Hindus, and in the run-up to the national election in 2014, BJP leader Narendra Modi successfully used the issue to appeal to Hindu voters. Since then, his government and elected leaders have continued to denounce minority groups for illegally slaughtering cows for beef. At least 44 people, including 36 Muslims, have been beaten to death by so-called cow protection groups since May 2015. Most were herders or cattle traders.

As Human Rights Watch and others have documented, the attackers often believed they had political protection and openly boasted of their crimes. And in several cases, the police appeared complicit, eager to prosecute those accused of smuggling or killing cows rather than those accused of killing cattle traders.

Lawyers and activists acting in defense of minorities have been threatened and attacked. Couples in inter-faith relationships have been targeted to counter so-called “love jihad,” a term used to describe a completely fabricated conspiracy among Muslim men to marry Hindu women and convert them to Islam. BJP leaders have repeatedly used the term, giving it legitimacy and calling it a “dangerous trend.”

In 2017, the chief minister of India’s most populous state, Uttar Pradesh, formed “anti-Romeo” squads — commonly made up of police — ostensibly to curb sexual harassment of women in public places. But the squads soon morphed into police and vigilantes working together to target and harass young couples in public places, especially if the men were Muslim.

Dalits (formerly “untouchables”) are also facing increased violence, in part as a reaction to their more organized and vocal demands for social progress and to narrow historical caste differences. On January 1, 2018, nationalist groups and alleged BJP supporters attacked a Dalit event in Bhima Koregaon village in Maharashtra state. One person died and several were injured.

A fact-finding committee headed by a government official found that the violence was premeditated by Hindu extremist groups. But the  police opened investigations against Dalit intellectuals and rights activists, and arrested nine prominent activists.

“Hatred must have a symbol,” Baldwin wrote. In India, it is the Dalits, the Muslims, the Christians and other marginalized groups. This hatred is flourishing on India’s streets, its online platforms and even its living rooms. India’s democracy is at grave risk if the government allows the rule by mobs to undermine the rule of law.