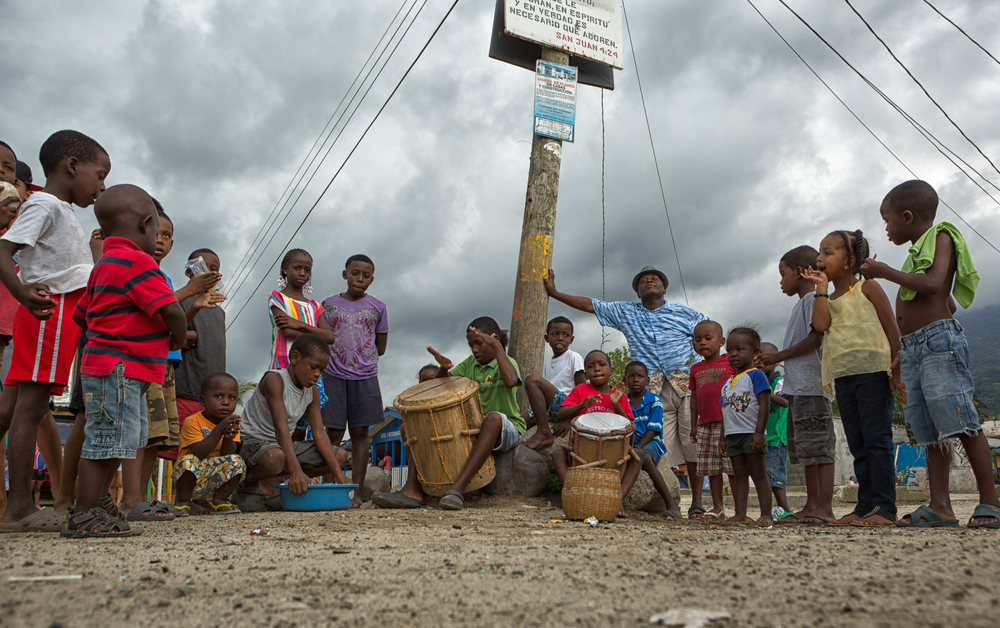 Indigenous Peoples Like Mine Are Fighting for Our Homelands

Many would-be migrants, like the Garifuna, would love nothing more than to stay in our homes. It’s Washington that’s making it difficult.
By Miriam Miranda | October 11, 2021

On this Indigenous Peoples’ Day,  I want to tell you about my people, the Garifuna. We’re an Afro-Indigenous people, descended from Arawaks and Africans. Our ancestral territory spans the Caribbean border of Central America.

Latin American and Caribbean communities like ours are rarely noticed in U.S. media — except when we migrate.

This anti-migrant message is dehumanizing and wrong. But the truth is, many of us would love nothing more than to stay in our homes. It’s Washington that’s making it difficult.

The Garifuna are being forcibly displaced from our beautiful traditional lands along the Caribbean coast of Honduras.

Our livelihoods are threatened by the expansion of the global tourist industry, African palm plantations, so-called “Special Economic Development and Employment Zones” (also called Model Cities), and drug cartels that run cocaine through our territories, destined for U.S. markets.

We’re also under threat from gated retirement communities with U.S. and Canadian financing, as well as mining and hydroelectric projects, including projects with development bank financing.

I’m part of a group called the Black Fraternal Organization of Honduras (OFRANEH, by its initials in Spanish), a federation representing the Garifuna peoples of Honduras. From our perspective, our communities are being emptied of people to benefit the Honduran elite and investors from the U.S. and other rich countries.

When we resist dispossession and refuse to leave our lands, we are threatened, forcibly disappeared, or murdered — threats made all the more dangerous by the security assistance the corrupt Honduran state receives from Washington.

In the last few years, we have counted 50 assassinations of Garífuna people and dozens of cases of legal persecution. Meanwhile our young people are abandoning their communities in droves as a result of the violence, persecution, and lack of healthy living conditions.

OFRANEH has been fighting to reclaim the Garífuna people’s ancestral territory and to improve these conditions through cultural resurgence and traditional agricultural practices.

Through the Inter-American Court of Human Rights, we have won important cases that order Honduran authorities to recognize our traditional lands and guarantee our use and enjoyment of our territory. But the Honduran government refuses to implement these decisions.

Instead, since winning these cases, we’ve faced increasing threats, criminalization, displacement, and assassinations.

In July 2020, four Garifuna youth from Triunfo de la Cruz were abducted at gunpoint by men wearing uniforms with the logo of the Honduran Investigative Police (DPI) — an entity that has received U.S. training. The four men haven’t been seen since. One of them was the president of the town council and a vocal defender of Garífuna land rights.

In a country where such crimes usually go uninvestigated, OFRANEH is taking action. A few months ago, we launched the Garifuna Investigation and Search Committee for the Disappeared of Triunfo de la Cruz. Its initials, SUNLA, mean “Enough!” in our language.

Through SUNLA, we are pushing to return the four youth to their community alive, to protect their families and witnesses, and fight for truth and justice for this crime. So far, the state is not investigating seriously. Instead, officials are blaming the four for their own disappearance, accusing them of being criminals.

Since the 2009 coup, human rights and Indigenous land defenders have been routinely murdered in Honduras — even high-profile figures like Berta Cáceres. Yet U.S. support for the Honduran state has continued. Whether we migrate or fight to stay on our lands, we face tremendous threats.

For this reason, we’re calling for international solidarity to halt the persecution of the Garífuna people and for SUNLA’s incorporation into the investigation into these forced disappearances, as well as for respect for our traditional lands and our self-determination. This genocidal plan to exterminate our people must be halted.

We’re also calling for the United States to halt its support and security assistance to the Honduran regime, which could be done by passing the Berta Cáceres Act and the Honduran Human Rights and Anti-Corruption Act.

On this Indigenous People’s Day, we condemn the assault on Indigenous peoples throughout our hemisphere — as well as the brutal mistreatment of migrants seeking safety and opportunity.

OFRANEH and the Garifuna will continue our fight to live and prosper in Honduras. As for the politicians who would tell us “do not come,” we call on them to stop backing the regimes that would displace us.

Miriam Miranda is General Coordinator of OFRANEH, this year’s recipient of the Letelier-Moffitt International Human Rights Award from the Institute for Policy Studies.