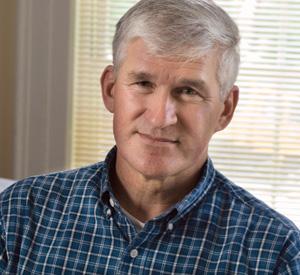 Andrew Bacevich is a professor of international relations and history at Boston University and the author of the new book, Washington Rules: America’s Path to Permanent War. You can read a review of this book here. Bacevich talks with FPIF’s Andrew Feldman about current U.S. military policy and the ethics of intervention.

ANDREW FELDMAN: One of the main premises of your new book is that our current military policies are not working for the United States. You don’t really address the question of if it did work for the United States, would it be a kind of policy that we could or should use?

ANDREW BACEVICH: My previous book, The Limits of Power, argues that there was a time when an expansionist policy served to enhance American power and American prosperity. And so, setting aside moral considerations, during the Mexican war, we took Texas and California. And guess what? It benefited the United States of America tremendously, whether the war was just or not.

But my argument is, roughly since the 1960s and very much so since 9/11, expansionism has an opposite effect. We’re not enhancing our power; we’re squandering it. We’re not building our prosperity; we’re going bankrupt.

FELDMAN: Maybe you just don’t see it as a question of the ethical nature of expansionist policy.

BACEVICH: Well I tend to think that, whether or not moral and ethical considerations should inform foreign policy as a practical matter, by and large, they don’t. And indeed, I would argue, a sustainable foreign policy has to be based on an understanding of self-interest. Ideally, it’s an enlightened understanding of self-interest. But we don’t elect our leaders to be nice to everybody else. We elect our leaders because we have this vague notion that they will preserve and even enhance the American way of life. So if we elect President Obama because he’s going to do that, and President Obama decides he’s going to spend 60 gazillion dollars trying to fix the Congo, it’s not going to be a sustainable policy.

Now if President Obama can argue that fixing the Congo is in our interests, that in the long term the stability and development of Africa will contribute to the stability and wellbeing of America, then it’s possible to get some support for fixing it. But you can’t just say “I feel badly about the starving people in some quarter of the world, and that’s now going to become a permanent priority.” Self-interest has to weigh in.

FELDMAN: Do you think that the continuation of military aid to militaries around the world, such as in Central America, Southeast Asia, and a lot of places where we prop up armies is in the self-interest of the United States?

BACEVICH: You have to examine specific cases. I don’t think there is a general rule that would say either yes or no in that regard. Take for example the case of Mexico. If you think that the government of Mexico is democratic and at least marginally legitimate, if you believe that government and those institutions are under siege because of the drug gangs that are shooting people in the streets, then arguably it does make sense for us to support with advice, and perhaps equipment, the Mexican army. Because the Mexican army is, whether we would want it to be this way or not, a major player in the effort to try to suppress the drug gangs. Now that’s not a blanket argument that says “Well, then I guess we should support the armies of every other country in Latin America,” but in the Mexican case I think you probably could make that argument.

FELDMAN: Do you think it also suits government interests to support international engagement through international organizations, codification of customary international law, these other soft tools?

BACEVICH: Sure, with realistic expectations of what you’re going to gain by doing that. There are people who believe that if you could simply empower the United Nations to in effect be a global government, that that would solve many problems. I don’t think so. How does the UN work? The UN works basically by having authority concentrated in the UN Security Council, particularly in the permanent-five veto powers. And the perm-five veto powers, all five of them including the United States, are not motivated primarily by a desire to see peace reign in the world. They’re motivated by a desire to do what’s best for Russia and for China and so on. That’s not an argument that says screw the UN. It’s an argument that says that we should support the United Nations to the extent that doing so seems to contribute to furthering our objectives, and if our objectives are enlightened ones, they will take into account the interests and wellbeing of others, and not just totally selfish objectives.

FELDMAN: How would you envision how a pullback of U.S. forces would take place without encouraging aggression against the United States?

BACEVICH: The reorientation toward what I might say is a more modest and less militarized policy would be something that would happen over time in increments, where you would in a sense pull back, if that’s what you want to call it, from those areas where pulling back poses the least risk.

The classic example is Western Europe. Why the hell do we have to have forces in Germany? We can pull out of Germany. The Europeans can defend themselves. Now, does that then mean that you should also simultaneously pull out of South Korea? No! Different circumstance, different case, probably U.S. forces in Korea actually do at the moment contribute to stability. And if they are, then for now, leave them there. But I would want to look, in the long term, toward reducing our exposure, reducing our expense, reducing the amount of intervention.