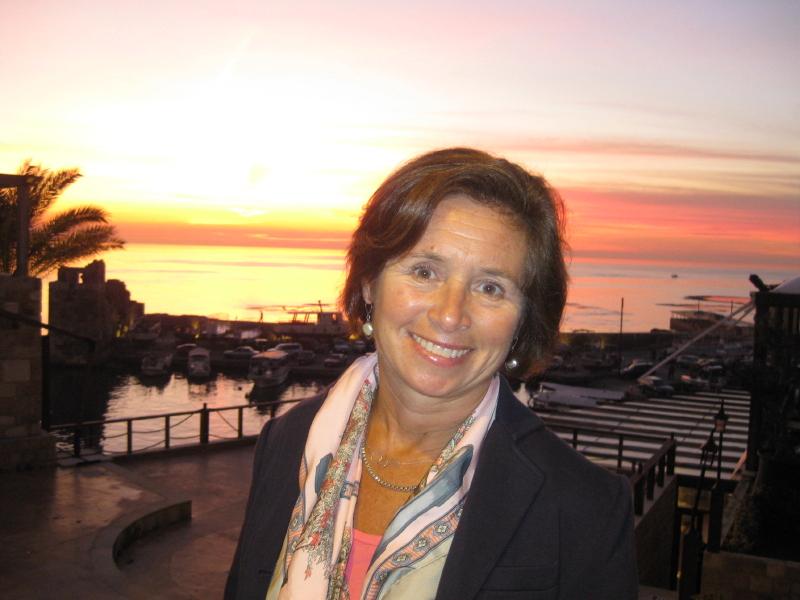 As part of our special focus on Islamophobia, Cynthia Schneider talks about the stereotyping of Muslims in American culture, engaging with the TV show 24, and watching the rise of Islamophobia in the Netherlands
By John Feffer | March 25, 2011 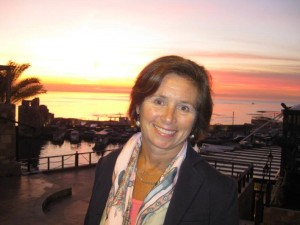 Cynthia P. Schneider teaches, publishes, and organizes initiatives in the field of cultural diplomacy, with a focus on relations with the Muslim world. She co-directs the Muslims on Screen and Television (MOST) initiative, leads the Arts and Culture Initiative within the Saban Center for Middle East Policy, and teaches courses in diplomacy and culture in the School of Foreign Service at Georgetown University. She is also a specialist in 17th-century Dutch art and served as the U.S. ambassador to the Netherlands from 1998 to 2001. As part of our special focus on Islamophobia, she spoke to Foreign Policy In Focus about working on the stereotyping of Muslims in American culture, engaging with the TV show 24, and watching the rise of Islamophobia in the Netherlands.

John Feffer: Can you describe the work of Muslims on Screen and Television (MOST), and organization that you helped set up?

MOST emerged as part of discussions convened at the request of the Brookings Institution. They asked me to organize arts and cultural leaders to come to the U.S.-Islamic World Forum that Brookings organizes in Doha every year. The idea was to bring together arts and cultural leaders, figure out how to work together, and come up with solutions to increase understanding and improve relations between Muslims and non-Muslims.

It didn’t take us very long to come to the conclusion that film and TV perpetuate negative stereotypes about Muslims and also that there are examples of other ethnic groups whose image and acceptance improved as the partial result of TV programs. This happened for African-Americans, for gays and lesbians. Through TV, these images become familiar to everyone and they change their views, perhaps subliminally.

We talked to a lot of people in the film industry about the ways that people with policy background could interact with Hollywood in a positive way to produce more nuanced portrayals of Muslims and Muslim majority regions in popular culture. They told us that you can’t dictate to people in Hollywood. They helped us understand how TV shows are made, the time and budget pressures writers are under. If we could be of service to the writers by helping to make their stories more authentic and more interesting, they would appreciate it. There wouldn’t be any naming and shaming. There wouldn’t be any long lectures. We would just provide them with free information to make their stories more authentic.

We reach out systematically to TV programs that might introduce Muslim characters or already have incidental characters who are Muslim, and we provide information to make that character more authentic. We provide access to experts, from academia, from daily life, and from any specialized field that is required.

John Feffer: You also worked with the TV program 24.

The producer Howard Gordon came to Doha to attend the Brookings Institution’s U.S.-Islamic World Forum as part of the Arts and Cultural Leaders Seminar I convened there.. Film and TV people are very interested in policy people and vice versa. 24 followed politics very closely. After several seasons in which the “bad guy” was a Muslim, the show made a shift in season 7 There’s a moment when Jack Bauer almost dies, and the imam he was about to falsely arrest comes to give him a blessing. I think that’s a very significant moment.

MOST also holds events in Los Angeles that fuse film, politics, and TV. We did an event around Iran, because the Academy of Motion Picture Arts and Sciences had visited Iran at the invitation of their Iranian counterpart. The trip got really bad coverage in the U.S. press. There were 11 people on the delegation, including Annette Bening and Academy president Sid Ganis. It was a strong group, and they spent ten days in Iran. But as soon as they got there, a rival of the minister of culture who set up the exchange grabbed the microphone and said, “We hate American films like the film 300.” That got out on the air waves. Journalists picked up on it, and it confirmed many Americans’ preexisting sense of Iranians. But the real story of that trip was that the delegation had a great time. They visited four cities. They liked their colleagues and the films they saw. They were astonished at how much Iranians knew about American cinema. Whenever I mentioned that trip to Iran, people would say, “Yeah, that was really a disaster.” So we had a couple of events talking about how that trip in the policy context was anything but a failure. And this was also an opportunity to communicate that Iran has an incredible film tradition.

John Feffer: You must have been happy when Katie Couric suggested that the Muslim community could use the equivalent of The Cosby Show to combat Islamophobia.

Cynthia Schneider: Yes! There was one show like that, Aliens in America. It was cute, very funny at the beginning. But it wasn’t picked up after one season. There’s a show in Canada, Little Moscow on the Prairie, started by the CBC. It’s hugely popular.

So, having a show with Muslims as the main characters would be one thing. Another would be to have normal ancillary characters – the Muslim girl next door – so that people realize that that person could be a Muslim too. Nurse Jackie had a wonderful character last season but he’s not around anymore.

John Feffer: You were U.S. ambassador to the Netherlands from 1998 to 2001. Can you describe the evolution of the situation in Netherlands in terms of the rise of Islamophobia?

There was a rise in Islamophobia because they had more non-whites living in their country.

The Netherlands had more generous immigration policies in the 1990s for Moroccans. They could bring over family members. So, the population of Moroccans expanded exponentially. The initial Dutch response – and this was going on when I was there in the late 1990s – was one of tolerance: “These people have their own customs, their own language. We shouldn’t impose our customs and language on them.” Initially it was not a requirement to learn Dutch for citizenship.

In 2000, I gave a speech in connection with the Dutch commemoration of World War II that takes place every year, on May 4 and 5. The first day is introspective: what did the war mean for the Dutch. The second is outer-focused, applying the lessons of war to contemporary problems .Typically they choose a non-Dutch speaker for the second day to compare their own country to the Netherlands. They asked me to do it in 2000. I wanted to talk about immigration and integration and how the Dutch were or were not living up to their traditions. I wanted to compare it to the United States and our trauma with integration and race relations.

In preparation, I hosted a series of lunches as well that brought together all different kinds of people, including some Moroccans, politicians, sociologists, people writing about this topic.

Initially, the Dutch were really tolerant. Immigrants could speak their own languages, observe their own holidays. If you looked at a citizenship book for 2000 on what you had to study to become a Dutch citizen, there were two paragraphs on 17th-century Holland and six pages on how to go to the post office. That was the irony. The Dutch just expected people to become Dutch. “We’re not like you Americans,” they would say, “We don’t wear our identity on our sleeve.” The problem with not doing that, though, is that the identity becomes totally inaccessible. How do you know what it is? “We all know what it is to be Dutch,” they say. But nobody else knows.

Eventually they realized that people would have to learn Dutch. They stopped allowing Muslims to observe all their holidays because that, combined with all the Dutch holidays, meant that kids weren’t going to school at all! Ayaan Hirsi Ali took on the issue of the abuse of women. Dutch police at the time were tending to say, “Well, that’s what they do.” But that changed. Ayaan had a real campaign to make sure that the Dutch enforced their own laws. So, the Dutch made some efforts to change in a positive way. There are quite a few minorities in politics, for instance. The mayor of Rotterdam, which is 80 percent Muslim, is Muslim. Quite a few members of parliament are Muslim. But it’s an interesting phenomenon that I don’t really understand: advances for minorities can be made in the public sector but not in the private sector. The same is true of women. There are a lot of women in government but not in top positions in the private sector.

I’d been going back and forth for 20 years and I didn’t realize how large a Turkish population there was in the Netherlands. Not had I realized the relative lack of social mobility of Turks in Holland, despite their presence for over four generations.

It’s my understanding that now a lot of young Moroccan women are doing well in school, getting good jobs. The biggest disconnect is with young Moroccan men. They’re rebelling against their parents and also not fitting into Dutch society. The Netherlands has a European-style educational system, which tracks young people early on. So, the schools are segregated and perpetuate the same pattern.

This helps explain the popularity of Geert Wilders. He used to be an ordinary member of Parliament, with the exception of his extraordinary hair style. , He was on the defense committee of the parliament and would come over to see me with other members of committee. We talked about the Joint Strike Fighter. This was from 1998 to 2001. But one day he saw this immigrant population growing. It was not an abstract thing. There were women who were covered. There were a couple incidents involving imams and antagonistic preaching. Then there was the murder of Theo van Gogh. Wilders sensed the tide. As his language became progressively more racist, he grew in popularity. The Dutch are no different from anyone else. Wilders fed into the anxiety of people who lived closest to the Moroccan immigrants, who feared that they might fall down to their level or the Moroccans would come up to their level. They worried about “them” taking “our” jobs. They worried about the immigrants changing “who we are.”

John FefferCynthia P. Schneider teaches, publishes, and organizes initiatives in the field of cultural diplomacy, with a focus on relations with the Muslim world. She co-directs the Muslims on Screen and Television (MOST) initiative, leads the Arts and Culture Initiative within the Saban Center for Middle East Policy, and teaches courses in diplomacy and culture in the School of Foreign Service at Georgetown University. She is also a specialist in 17th-century Dutch art and served as the U.S. ambassador to the Netherlands from 1998 to 2001. John Feffer is the co-director of Foreign Policy In Focus.