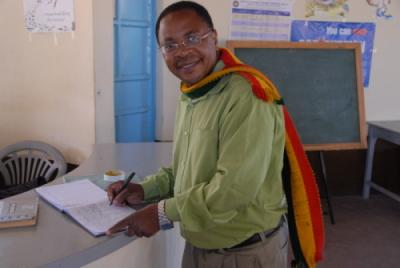 The Kenyan opposition leader talks about U.S. relations with his country in the age of Obama.
By Andre Vltchek | April 21, 2010 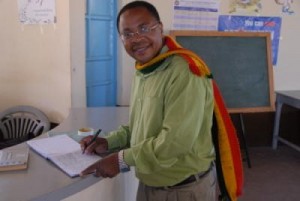 ANDRE VLTCHEK: Can you tell us something about the media coverage of Kenya? It seems to be almost exclusively negative.

MWANDAWIRO MGHANGA: The negative coverage translates to negative and hostile actions against Kenya. Up to now, the United States still has travel ban against Kenya. It is amazing Obama’s government still says that Kenya is not a safe place to travel to.

VLTCHEK: Do you think it was part of the U.S. economic pressure on Kenya when Delta Airlines decided in 2009, at the last moment, against launching its long-awaited service to Nairobi?

MGHANGA: Yes, it was. Why can’t they just come? We have a lot of crime but people still move. It is not like when you go to Israel. It is easier to die from a bomb in Israel than in the streets of Nairobi. And yet so far there is no travel ban for travel to Israel. The United States is still discouraging travel to Kenya even after the recent visit here by the Secretary of State, Hillary Clinton. The Delta issue was clearly meant to undermine Kenya.

VLTCHEK: Apparently, there are some personal issues between Barack Obama and Kenyan elites.

MGHANGA: When Obama came here as a senator and you know one of his ancestors background is from Kenya, I mean his father, he made some comments about corruption and bad governance. Then the appointed ambassador to the United States, Oginga Ogego who at that time had not even handed his credentials to the U.S. government, yet, said that Obama was a junior senator from a junior state, and had no status to tell us things like that. Well, and later Obama became the president of the United States.

VLTCHEK: Did he take it personally?

MGHANGA: I hope not. If he had taken it personally it would have been naïve of him. Here I am — I have been to prison, tortured, and I didn’t take it personally. I also think that Obama doesn’t want to be accused of giving too much attention to Kenya — to the country where his father came from.

VLTCHEK: Giving too much attention?

MGHANGA: Yes, too much attention to Africa and Kenya where his roots are — this part of the world, which is in such mess!

VLTCHEK: There were long negotiations between the Kenyan and the U.S. governments about putting the headquarters of the Africa Command on Kenyan territory. It seems that the negotiations failed. Do you think there is still likelihood that the command base could be moved to Kenya, eventually?

MGHANGA: Yes there is. What you have to know is that these things are clouded with secrecy. When I was in parliament I repeatedly asked about the military agreements that Kenya had signed with the United States and Britain. I demanded that they would be put on the table. Even as a member of the Defense and Foreign Affairs Committee of this country, I could not get access to this information. So, things are done behind the closed doors and people know very well that the Kenyan national intelligence and the army cooperate very closely with the United States.

VLTCHEK: Whom were you asking?

MGHANGA: The minister of defense.

VLTCHEK: Was the minister himself withholding the information?

MGHANGA: Yes and so did the executive arm of the government. Like I have told you: There is plenty to hide, including the cooperation between the CIA, FBI and Kenyan agencies, when arresting our people. Also, look at our foreign policy, our involvement with Somalia on behalf of the United States. The way it is going right now, it can only cost us much harm. We are the ones who will pay the big price for following instructions and defending U.S. interests in the region…Another factor that makes it is important is that this part of the world, particularly Somalia is suspected of having an enormous amount of oil under the ground. It is not being explored due to the security situation, but it is there. There is plenty of oil even in northern Kenya near Somali border, another strategic area.

VLTCHEK: Back to the military cooperation —

MGHANGA: Yes, even though the U.S. bases are not here, the U.S. planes land and operate from the Indian Ocean at Lamu on the Kenyan coast and even at Wajir, in the northern part of Kenya, where the British and the Americans built a big airport.

VLTCHEK: Where their planes can land?

MGHANGA: Yes, where their planes can land. Even Jomo Kenyatta International Airport is often used for other than civilian purposes.