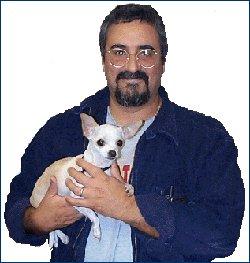 Cuban-American poet Virgil Suarez talks about the literal and literary bridges between Cuba and America.
By E. Ethelbert Miller | March 22, 2010

E. Ethelbert Miller: How might the changing political relationship between Cuba and the United States influence Cuban-American literature?

Virgil Suarez: There are some quick and not-so-subtle changes going on with immigration to and from Cuba. I know because I have lots of recently arrived family on my mother’s side coming and going, and they are doing so on a yearly basis. This is good for stories, this back and forth and bridging. It’s good for the writing and for the literature. Cuban literature, which is all written in Spanish, will join hands with Cuban-American literature, which, except for some sprinkling of Spanish, is written entirely in English. I think in the long run both will be one like the difficult and tumultuous history both Cuba and the United States share.

Cuban literature is written in Spanish and it concerns itself mostly with island-based issues. Of course, this is a broad generalization, but it’s a quick way to recognize a basic difference between literature written in Spanish on the island and Cuban-American literature which is written in English and concerns itself mostly with life in the United States, life that mostly centers around assimilation, immigration, memory, family, etc…I think in the long term, Cuban-American literature might get translated back into the island culture, but perhaps not.

Either way, I think there’s still little dialogue going on between the artists here and there. Perhaps that will change one day soon.

As a writer and poet, I thrive on those flights of fancy that trigger the imagination. Often all it takes is for me to sit down with a cousin or an aunt and they will brief me on what is going on. I still cannot go back to the island because I refuse to give up my U.S. naturalization and citizenship, which I would have to do if I wanted to visit. For the time being, all I can do, like many other writers, is perch in the wings, eavesdrop from a distance of 90 miles, and wait for the time that’s coming. It’s a matter of time before the bridge is finished and travel is free and unimpeded.

Because of the fact that Cuban Americans have a strong hold not only in Florida politics but also in Washington, DC as well, I think the relationship between Cuba and the United States will continue to be strained. Of course this is on the surface of things. The reality is that every year more Cubans arrive from the island, quickly apply for resident status (within three years) and then citizenship (five years) and they are the ones who have built a bridge going back and forth. They are called mules within the community because they take lots of goods back to their families, which their families can sell or trade for other things like meat, etc. The mules take medicine. Lots and lots of medicine – which was really not discussed in Michael Moore’s film Sicko.

There’s a very strong and healthy bridge that is suspended outside of politics on both sides. This is going to be the mainline one day when either the Cuban government fails completely or the United States decides to change its mind about recognizing the present Cuban government, which I think will never happen. So people are the catalyst for grassroots change in Cuba.

E. Ethelbert MillerVirgil Suarez is working on a new book of poems titled Indigo. His latest collection 90 Miles: Selected and New was published by the University of Pittsburgh Press. He lives and writes in Key Biscayne, Florida. E. Ethelbert Miller is an award-winning poet, director of the African American Resource Center at Howard University, and board chairperson of the Institute for Policy Studies. They are both contributors to Foreign Policy In Focus.