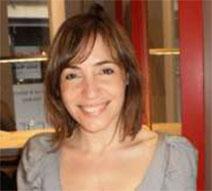 Curator Wendy Navarro talks about art and its relationship to U.S.-Cuban relations, globalization, and political utopias.
By Blair Murphy | February 21, 2011

Wendy Navarro is an independent art critic and curator currently based in Barcelona, Spain. Since the mid-1990s, Navarro has been an active curator at the Visual Art Development Center in Havana, Cuba, while working as an editor of the magazine ArteCubano, and lecturing about Cuban contemporary art at the Higher Institute of Art and Havana University. She talks here with Blair Murphy, of the Washington Project for the Arts, about art and its relationship to U.S.-Cuban relations, globalization, and political utopias prior to her talk this week in Washington, DC.

Blair Murphy: During the 2009 Havana Biennial, there was some suggestion that the interaction between American and Cuban artists, collectors, gallerists and curators could act as a small but possibly important movement toward normalization of relations between the United States and Cuba. Do you see the increased attention being paid to Cuban art by collectors and curators from the United States as a potential boon for relations between the two countries?

Wendy Navarro: Art and culture have always been fundamental ways to maintain the link between the two countries. I would say that it has been one of the most active ways in this sense. The attention paid by collectors, experts, curators, and directors of institutions to Cuban art, managing the realization of projects and events, in several cities of the United States, has been vital to the development and continuity of relations between the two countries.

At the same time, this will has enormously benefitted the work and international promotion of the artists themselves, and it is a type of interaction that has been maintained in one way or another. Many exhibitions, symposia, presentations of documentaries, movies and festivals organized by foundations, museums and different institutions have helped to narrow connections between Cuba and the United States. This exchange has improved considerably with the arrival of Obama to the White House.

One example might be the participation of Tony Labat (director of the Department of New Genres at the Art Institute of San Francisco) in the last Havana Biennial (2009). Interested in developing a dialogue with Cuban video, performance, and installation artists, after the triumph of Obama, Labat traveled to Cuba with a group of students, who, among other activities, put together an exhibition in the studio of Cuban artist René Francisco Rodríguez.

In the music sector, several of the most controversial artists, the ones most critical of Cuban reality have given crowded and renowned concerts in the city of Miami. Silvito el Libre (the son of the famous songwriter Silvio Rodríguez) and “Los Aldeanos” (a group representative of the underground hip-hop movement that has survived in Cuba recording in home studios outside the eye of government institutions) also made statements and gave interviews about the political situation of their country and about the different problems that affect Cubans both on and off the island.

We hope that in the future, there will be more bilateral exchanges that benefit the development of projects that challenge borders and that will expand this opportunity to continue the dialogues about art.

Blair Murphy: Can you talk a little bit about the role video, performance and New Media work play in the Cuban art scene?

Wendy Navarro: Performance art reached its highest point during the 1980s and the first half of the 1990s in Cuba. During those years it played an important and defining role as a part of the radical renovation of the visual arts on the island.

According to what Tania Bruguera indicated some years ago, performance subsequently passed through a process of institutionalization, being legitimated by power structures, and passed through an existential crisis, putting its own formal and conceptual precepts at risk. In response to that, in 2002 this artist decided to found the Chair in Behavioral Art, a performance training workshop at the Higher Institute of Art for young artists and art students that has functioned moreover as a space for discussing important topics of Cuban reality.

During the last ten years, video and other media such as animation have taken an increasingly important role in the plastic arts of the country. Both the new generations and the already well-known artists – Lázaro Saavedra, Sandra Ramos, Luis Gómez, Carlos Garaicoa, Fernando Rodríguez, and Juan Carlos Alom among others – have begun to feel more and more attracted by teh possibilities that new technologies offer, and they have broadly developed the use of other media in combination with other expressions or as a central part of their discourse. In this sense, I also highlight the works of Alexandre Arrechea (“El Jaca”), Eduardo Moltó and Raúl Cordero, a pioneer in this regard and professor of video at the Higher Institute of Art. Many of the most experimental proposals are related to an art of social insertion or social content, utilizing video as a medium or as an expressive resource. Between the new generations especially linked to video art and new technologies we could mention some artists, among them Adonis Flores, Analía Amaya, Javier Castro, Jeannette Chávez, Luís Gárciga, Adrían Melis, Grethell Rasúa…

Other important platforms for the development of video art include the International Festival of Video Art at Camagüey, the “Fast Forward Project,” and the Exposition of Cuban-Spanish-Swiss Video-Creation in Havanna, which will take place for the second time this March.

Blair Murphy: You’ve dealt in your work with the idea of utopia, of the ability of artists to create new worlds through their work. What do you see as the specific role artists have to play at this point in history, at a time when people have become increasingly disillusioned with utopic promises of past ideological movements?

Wendy Navarro: A lot has been said about the loss of utopias, about the arrival of a moment with few illusions or dreams due to the collapse of political systems. Faced with this situation, art and artists play a transcendental role. Artistic expression is one of the means that allows both creators and spectators to maintain some belief and a certain spirit independent of the difficulties of the moment. Faced with exhaustion, disillusionment, and the growing loss of civil liberties, many artists and projects offer new worlds as alternatives to political, social, cultural, and ideological degradation.

Art provides a unique approach to reality and to the processes that affect us, an irreplaceable reading about the environment and a necessary shelter for the spiritual development of the individual. In this sense it is an entity of change, of transformation, and a standard-bearer of cultural and social processes.

In the work of Tania Bruguera, for example, art is conceived as an experience that must be passed through as a space for the realization of utopian projects. She is especially interested in the repercussion of art in daily life and in politics. Since 2002, with the creation of the Chair in Behavioral Art, she has started a series of projects in which she works with the appropriation of structures and resources of power. More than representing political situations, she is interested in creating them by setting in motion some of the same strategies used by political powers.

Blair Murphy: While artists from different parts of the world have always influenced one another, the last two decades have seen the rise to prominence of global art fairs and biennials and increased attention to contemporary art as a global phenomenon and, of course, a global market. As this global perspective increasingly dominates the way we think about cultural production, how do you view the importance of the local, of artists working in a specific geographic and cultural context?

Wendy Navarro: Contemporary art has obviously been marked by the phenomenon of globalization, as an economic, technological, social and cultural process on a grand scale. As far as the importance of “the local,” for artists who work in specific geographic and cultural contexts, I think it remains fundamental for the development and evolution of their artistic practice. These practices are nourished from this very contrast, from the variety of ideas and messages that different contexts contribute.

It also happens that the experience of artists in different contexts from their own – during residences, travels, or grants – generates new responses and perspectives on these contexts. This is something that greatly enriches the art and the discursive focus on certain aspects of the reality that the works themselves suggest.

Additionally, it is true that “local” reactions and expressions acquire visibility once they enter the global dynamic. The work of artists in specific contexts (of origin or residency) tends to be the point of departure. Later, inevitably, to the extent that their work develops, this is expanded, is globalized. Therefore, nowadays it becomes rather difficult to establish limits or to coin specific terms for artistic production. The process of contamination, the transformation of all orders, reaches very high levels and advances at a speed far more vertiginous than our capacity to analyze them.

Translated from the Spanish by Noah Gimbel.

Blair MurphyWendy Navarro is an independent art critic and curator currently based in Barcelona, Spain. Blair Murphy is membership director of the the Washington Project for the Arts.