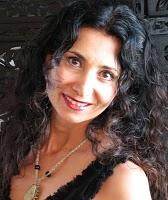 The first to recognize literature's power are the tyrants themselves.
By Sholeh Wolpe | June 29, 2011

One Saturday afternoon while walking down Melrose Avenue in Los Angeles, I gave into the urge to stop people at random and ask them what came to their minds when I mentioned Iran. Here are some of their responses: Islamic government, human rights violations, a nuclear threat, sponsors of terrorism, Holocaust deniers, women in veils, anti-Semites, Khomeini’s fatwa on Salman Rushdie, enemies of Israel and the West, and the 1979 hostage crisis. Only one person had anything positive to say, and it had something to do with a great kebab dish he had had at a Persian restaurant on Westwood Boulevard.

I was disheartened to find that few people had much regard for an ancient civilization rich in poetry and the arts — one credited with the invention of the windmill, refrigeration, the first teaching hospitals, alcohol in medicine, chess, polo, and even ice cream. Moreover, I suspect that most Americans know very little about the role of the United States in Iran’s recent history. A people is not always its government, and conversely a government does not always represent its people.

What does represent a people is their literature and the arts, ones created freely and not as a part of a propaganda machine. Poets, writers, and artists are able to gift us with the power of empathy. Their words, films, and canvases can serve as the antidote to the disease of apathy, and to the poison of religious and ideological fanaticism. I believe it is paramount that human beings throughout the world connect through the web of literature and culture. Otherwise we run the risk of perishing in the worst way possible — losing our humanity.

The 1979 Iranian revolution was a people’s revolution hijacked. Whether Muslim, Jewish, socialist, or atheist, all fought side by side to end one tyrannical regime only to find themselves in the clutches of another, even more ruthless and oppressive. Khomeini returned from exile and was supposed to act as a benevolent leader until a democratic government could be formed. Instead, appealing to the deep religious sensibilities of the masses, he promptly began to execute or banish anyone he considered a threat to the strict Islamic government he was planning to establish. The war with Iraq (1980–1988) only served to solidify his base by bringing the nation together to fight its common enemy. Voices were silenced, religious tolerance completely disappeared, women’s rights were reduced to the theocrats’ own interpretation of the Quran, non-Islamic music and literature was banned, dance was forbidden, and the freedom of press was squelched. In short, a dark world darkened even more and the torch bearers — the poets, writers, and artists — were driven deep underground.

But in a country like Iran, literature, particularly poetry, is like rain — it cannot be arrested. Vast umbrellas of censorship can be raised, people can be forced underground and into dungeons, but the water will eventually seep in, cleanse, nourish, and create a new landscape. This is true about many other countries and cultures. Indeed the first who recognize literature’s power are the tyrants themselves. From Moscow to Beijing to Tehran, they fear the poets, jail them, torture them, and send them into exile, but they cannot silence their words.

Sholeh WolpeForeign Policy In Focus contributor Sholeh Wolpé is an award-winning poet, literary translator, and editor. She is the author of two collections of poetry and a book of translations, for which she was awarded the Lois Roth Translation Prize in 2010. Her upcoming anthology, Forbidden—Poems from Iran and Its Exiles is scheduled for release in 2012. Born in Iran, Sholeh presently lives in Los Angeles. More information: www.sholehwolpe.com Wolpé will be speaking at IPS on July 6 at noon.