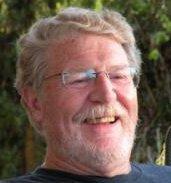 Iran Sanctions: War by Other Means

Now that the talks with Iran on its nuclear program appear to be on the ropes, are we on the road to war? The Israelis threaten it almost weekly, and the Obama administration has reportedly drawn up an attack plan. But in a sense, we are already at war with Iran.

Carl von Clausewitz, the great theoretician of modern warfare, defined war as the continuation of politics by other means. In the case of Iran, international politics has become a de-facto state of war.

According to reports, the annual inflation rate in Iran is 22.2 percent, although many economists estimate it at double that. In the last week of June, the price of chicken rose 30 percent, grains were up 55.8 percent, fruits up 66.6 percent, and vegetables up 99.5 percent. Iran’s Central Bank estimates unemployment among the young is 22.5 percent, although the Financial Timessays “the official figures are vastly underestimated.” The production sector is working at half its capacity.

The value of the Iranian rial has fallen 40 percent since last year, and there is a wave of business closings and bankruptcies due to rising energy costs and imports made expensive by the sanctions.

Oil exports, Iran’s major source of income, have fallen 40 percent in 2012, according to the International Energy Agency, costing the country nearly $32 billion over the past year. The 27-member European Union (EU) ban on buying Iranian oil will further depress sales, and an EU withdrawal of shipping insurance will make it difficult for Tehran to ship oil and gas to its diminishing number of customers. Loss of insurance coverage could reduce Iran’s oil exports by 200,000 barrels a day, or $4.5 billion a month. Energy accounts for about 80 percent of Iran’s public revenues.

Whipsawed by energy sanctions, the worst may be yet to come. The United States has already made it difficult for countries to deal with Iran’s Central Bank, and the U.S. Congress is considering legislation that would declare the Iranian energy sector a “zone of proliferation concern,” which would strangle Tehran’s ability to collect payments for its oil exports. Other proposals would essentially make it impossible to do business with Iran’s other banks. Any country that dared to do so would find itself unable to conduct virtually any kind of international banking.

If the blizzard of legislation does pass, “This would be a significant ratcheting-up of the economic war against Iran,” Mark Dubowitz told the Financial Times. Dubowitz is executive director of the neoconservative Foundation for the Defense of Democracies, which has lobbied for a series of economic assaults against the Palestinians, China, and Hezbollah.

But the “war” has already gone far beyond the economic sphere.

In the past two years, five Iranian nuclear scientists have been assassinated. The hits have been widely attributed to the Israeli intelligence service, Mossad, and the People’s Mujahedin of Iran (MEK), an organization the U.S. State Department designates as “terrorist.”

Last year a massive explosion rocked the Bid Ganeh military base near Tehran, killing 17 people, including the founder of Iran’s missile program, Gen. Hassan Tehrani Moghaddam. According to Israeli media, the camp was sabotaged by the MEK working with Mossad. Deadly attacks directed at Iran’s Revolutionary Guard have been tied to Jundallah, a Sunni group with ties to U.S. and Israeli intelligence.

It is no secret—indeed, President Obama openly admitted it—that under the codename “Olympic Games,” the United States has been waging cyber war against Iran. The Stuxnet virus shut down a considerable portion of Iran’s nuclear program, although it also infected infrastructure systems, including power plants, oil rigs, and water supplies. The virus was designed to attack systems made by the German company Siemens and has apparently spread to China, Pakistan, and Indonesia.

The United States is also suspected of being behind the Flame virus, a spyware program able to record keystrokes, eavesdrop on conversations near an infected computer, and tap into screen images. Besides Iran, Flame has been found in computers in the Palestinian West Bank, Lebanon, Hungary, Austria, Russia, Hong Kong, and the United Arab Emirates. Because “malware” seeks out undefended computers no matter where they are, it has a habit of spreading beyond its initial target.

Most of the media is focused on whether the failure of the talks will lead to an Israeli or American attack on Iran’s nuclear facilities, and there is certainly considerable smoke out there.

Israeli Prime Minister Benjamin Netanyahu and Defense Minister Ehud Barak have been threatening to attack Iran for the past two years. According to Gideon Rachman, a leading columnist for the Financial Times, some Israeli officials have told him Tel Aviv will attack sometime this summer or early fall. One source told him “Israel will wait until September or October because the weather is better and it’s closer to the U.S. elections.”

But the Independent’s (UK) Patrick Cockburn, one of the more reliable analysts on the Middle East, thinks the Israeli threats are “the bluff of the century.” Cockburn argues that there is simply no reason for Tel Aviv to go to war, since the Iranian economy is being effectively strangled by the sanctions. But the saber rattling is useful because it scares the EU into toughing up the siege of Tehran, while also shifting the Palestinian issue to a back burner.

There are serious divisions within Israel on whether to go to war, with the Israeli intelligence and military generally opposed. The latter’s reasons are simple: militarily Tel Aviv couldn’t pull it off, and politically an attack would garner worldwide sympathy for Iran. Recent statements downgrading the threat of Iran by Israeli Deputy Prime Minister Shaul Mofaz suggest the Netanyahu government is finally feeling the pressure from divisions within its own ranks and may be backing off from a military confrontation.

And the United States?

According to Paul Rogers, a Department of Peace Studies professor at Bradford University and OpenDemocracy’s international security editor, the Pentagon has drawn up plans for a concentrated attack on Iran’s nuclear industry, using a combination of bombers and cruise missiles. The United States recently beefed up its military footprint in the region.

But while the possibility of such an attack is real—especially if congressional hawks get their way—the Pentagon and the U.S. intelligence establishment are hardly enthusiastic about it. And in any case, the United States is carpet-bombing Iran’s economy without firing a shot or sending air crews into harm’s way.

Although Iran is generally depicted as the recalcitrant party in the current nuclear talks, it has already compromised extensively, even agreeing to ship some of its enriched uranium out of the country and to guarantee the International Atomic Energy Agency (IAEA) access to all nuclear facilities. Tehran has also converted one-third of its 20-percent enriched uranium into plates, making it almost impossible to use the fuel for nuclear weapons. Weapons-grade uranium is enriched to 90 percent.

In return, Tehran is demanding the right to enrich to 3.5 percent—the level needed to power a civilian reactor—and an end to sanctions.

The Nuclear Non-Proliferation Treaty does not ban enriching uranium—indeed, it is guaranteed by Articles III and IV—as long as the fuel is not weaponized. “Iran is raising eyebrows,” says Yousaf M. Butt of the American Federation of Scientists, “but what it is doing is a concern—not illegal.”

However, the P5+1—the permanent UN Security Council members, Britain, France, the US, Russia, China, plus Germany —is demanding an end to all enrichment, an Iranian commitment to ship the enriched fuel out of the country, and closure of the enrichment plant at Fordo: “stop, shut, and ship.” In return, Iran would get enriched fuel for medical use and some spare parts for its civilian airlines. The sanctions would remain in place, however, although it would open the subject up for discussion. The problem is that many of the more onerous sanctions are those independently applied by the United States and the EU. Russia and China have expressed opposition to the independent sanctions, but so far have not shown a willingness to openly flaunt them.

It will be hard for Tehran to make further concessions, particularly if there is no light at the end of the sanction tunnel. Indeed, some of the demands seem almost crafted to derail a diplomatic solution, raising the suspicion that the dispute is less about Iran’s nuclear program than a concerted drive to marginalize a country that has resisted European and U.S. interests in the Middle East. Isolate Iran enough, the thinking goes, and it might bring about regime change. Moscow and Beijing don’t support such an outcome, but they have little influence over what Washington and Brussels do independently.

There is still no evidence that Iran is trying to build nuclear weapons. Indeed, the body of evidence suggests the opposite, including the 2007 US National Intelligence Estimate that Tehran mothballed its program in 2003. But evidence is irrelevant when the enormous economic power of the United States and the EU can cow the rest of the world, and force a country to its knees without resorting to open hostilities.

In short, war by other means.