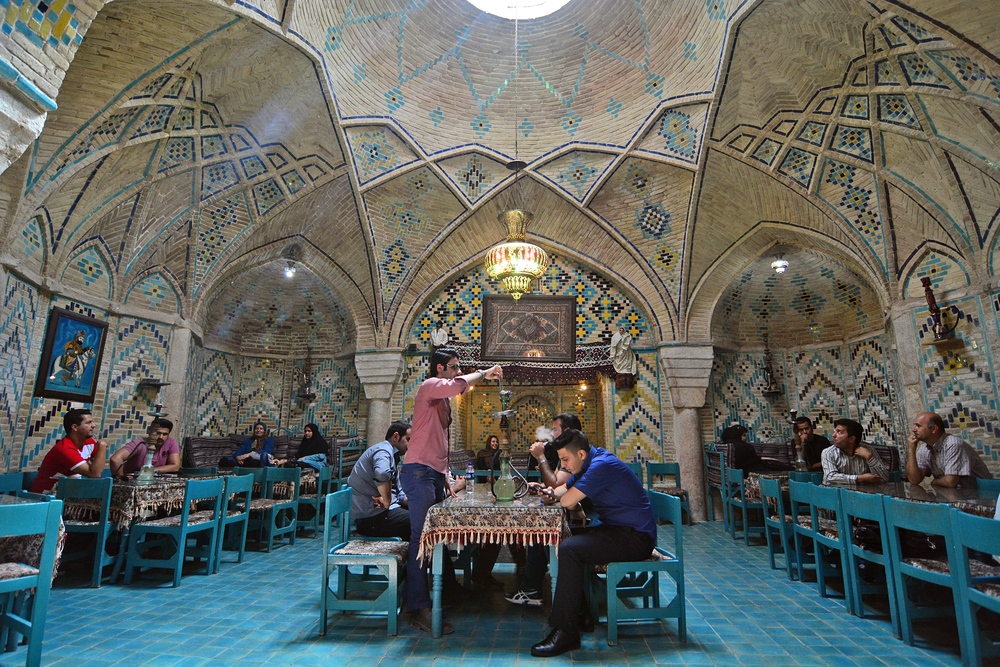 Historically, our communities have failed to unite across borders to end racist state violence. That needs to change.
By Niloofar Adnani | July 29, 2020

Iranian-Black Solidarity is a must now more than ever. We need strong, transnational movements to democratize and de-militarize our states, reverse hostile foreign policies, and call for solidarity between our communities against racism and authoritarianism.

In the face of mass protests against institutionalized racism, police brutality, and militarism, U.S. authorities deployed police and military forces across the country. Images of tanks and soldiers confronting protesters in Washington, D.C. and other cities drew analogies to Kabul and Baghdad — the capital cities of Afghanistan and Iraq, which no doubt reminded Iranians of the endless U.S. wars in their region.

To stop police killings and different forms of violence against Black people across the United States, activists have demanded urgent reforms including defunding police departments and investing in communities, with some early successes. These demands could be extended to call for defunding the Pentagon, which not only supplies local police departments with military-grade weapons but also exports violence against people of color all over the world.

While civil rights activists in the U.S. have been trying to connect anti-racist struggles with the anti-war movement since the Vietnam War, the post 9/11 “war on terror” has made the point dramatically. By the most conservative estimates, 157,000 Afghans and 295,000 Iraqis have been killed during the U.S. wars in those countries, alongside many others in Yemen, Somalia, Pakistan, Libya, and beyond.

Iranians have also suffered, dating back to the CIA-led coup d’etat in 1953 to overthrow Iran’s democratically elected government and install a brutal dictatorship in its place.

The unconditional support of the U.S. government for Saddam Hussein during the eight-year Iran-Iraq war and decades of devastating economic sanctions against the Iranian people have also exacted a terrible toll — including the destruction of the country’s infrastructure, widespread economic instability, and medicine shortages continuing well into the global pandemic today. These sanctions have hurt all Iranians but especially betrayed the most vulnerable groups, including the working class, immigrants, and Afghan refugees.

In Iran, the politics around the U.S. movement for racial justice are complicated by the regime’s relationship with Washington.

While the Iranian government has its own record of oppression, a number of regime hardliners have expressed support for the movement for Black lives in the United States. Opposition figures on the other hand, some of which are funded by the U.S. government and its regional allies, have often criticized the movement. Many have claimed that racism in the U.S. is not comparable to the systemic violence that Iranians experience, or blamed Black Americans themselves for failing to secure their rights in the U.S. constitutional system.

These discredited claims are further intensified by the whiteness illusion among some migrant Iranian and Iranian American communities. Although Iranian Americans have not been equally privileged as their European white peers, they are still officially counted as white in the U.S. census. Some embrace this identity, despite being the target of racist harassment up to and including the Trump administration’s Muslim travel ban.

Iranians and Iranian Americans need to overcome these illusions. To bring meaningful peace and justice to our communities, we should be determined to address the intersections of racism and state oppression against all human beings, regardless of their religion, nationality, and ethnic background.

Historically, numerous barriers have limited opportunities to unite across borders to end America’s racist policies in the U.S. and abroad. That needs to change. As fellow victims of long-standing state oppression, Iranian communities, along with their American Black and brown peers, should break these barriers to demilitarize, end sanctions, and imagine a peaceful word based on equity and freedom.

Niloofar Adnani is a Next Leader at the Institute for Policy Studies.