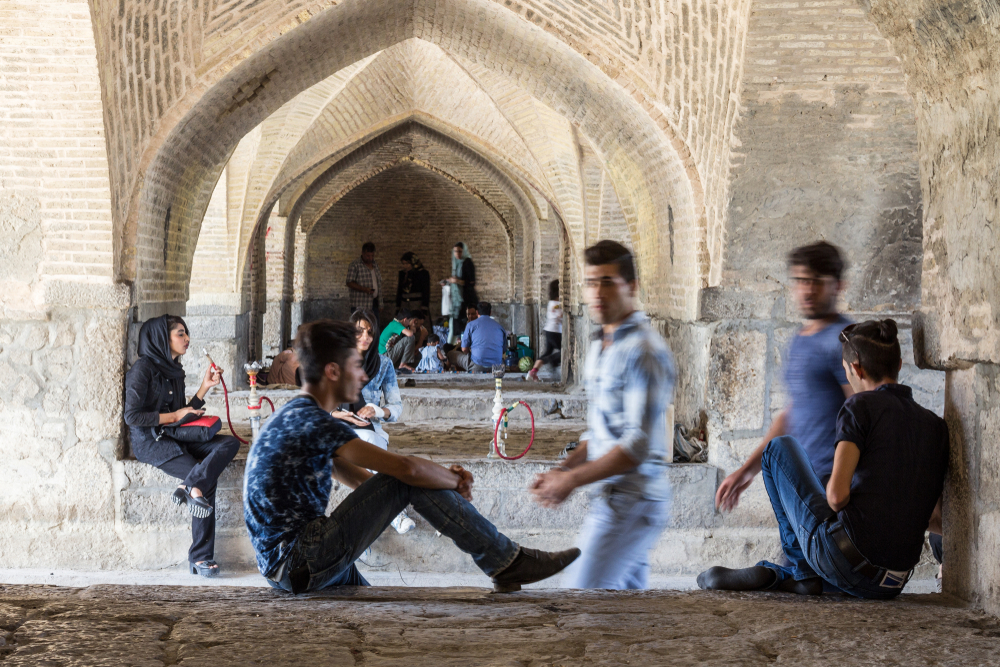 Iranians Are Not Our Enemies

When foreign policy as we know it isn’t working, creative citizen diplomacy can step in to humanize the real people who would be most impacted by war.
By Patrick T. Hiller | July 1, 2019

“We were cocked & loaded to retaliate last night,” Donald Trump tweeted about Iran on June 21, showing us just how close we are to yet another war.

In light of the shooting down of a U.S spy drone, the tanker incidents just a few days prior, and a trajectory of other escalatory moves, Secretary of State Mike Pompeo and National Security Advisor John Bolton aren’t waging a maximum pressure campaign to change the behavior of their enemy, but are paving a path toward war.

Regardless of the clear facts about the incidents, one thing is clear — military escalation must not be the response.

The consequences would be disastrous in terms of casualties on all sides, further destabilization of the Middle East, the increased risk of nuclear proliferation and war, and the waste of trillions of dollars. Now more than ever, diplomatic efforts need to be pursued at all costs.

In addition to the tangible checklist for preventing war, I suggest that it is overdue to change the narrative around Iran and its people.

First, however, the context in which these events are occurring needs to be understood.

The recently escalated tensions all take place within the context of the U.S. unilaterally withdrawing from the Iran nuclear deal. This needs to sink in: the U.S. pulled out of a working agreement between Iran, China, France, Russia, the United Kingdom, Germany, and the European Union, added sanctions, issued threats, and thereby created the current crisis.

The broader historical context is Iran’s insistence not caving to U.S. interests in the region. I heard this point of view directly from Iranian Foreign Minister Javad Zarif, whom I met in Tehran as part of a citizen peace delegation earlier this year. “Iran’s biggest crime against the U.S.”, he told us “was the desire to be independent.”

In Iran, I learned that the Iranian people expected to see improvements in their lives from the nuclear deal. They are aware of their own government’s problematic behavior, but the last thing they want is the “help” of the United States. Outside pressure strengthens hardliners in Iran and leads to Iranians to rally around the flag. Without external pressure, Iranians can work toward social change on their own time and on their own terms.

To de-escalate the current tension and prevent war, a few components are clear. Congress needs to make stopping war with Iran a priority and exercise its authority to oppose a war of choice with Iran. Citizens can flood the congressional phone lines to encourage that. The U.S. should also re-enter the Iran nuclear deal as quickly as possible. Until that happens, the other signatories need to take on a leadership role, defy U.S. pressure, and work tirelessly and creatively to uphold the commitments of the agreement.

The destructive sanctions also need to end, and genuine diplomacy needs to be supported. Given that there is little chance and incentive for high level dialog, backchannel negotiations like the ones that paved the path for the Iran nuclear deal need to be pursued.

I want to suggest another component, one that goes beyond immediate legislate and diplomatic issues. It is time to change the narrative around Iran.

There are many staunch advocates for diplomacy, in Congress and beyond, who are still caught in the good “us” vs. bad “them” narrative. We need to look beyond that and think about how a country of 80 million people is constantly vilified as the root of all evil in the Middle East. That is simply wrong. The problematic behavior of the Iranian government must not be an obstacle to rethinking how we can create better understanding between the people of the U.S. and Iran. In fact, all Iranians I talked to liked Americans, but for obvious reasons were not so keen about our president and the policies.

When we are talking about the possibility of war with Iran, we must refuse to think about the faceless enemy that is so often being dehumanized in our political system and in the media.

I think about the people I met. Sama and her husband Ali, who came to pick her up after a long day of working as our tour guide; Shahram, who sends me WhatsApp messages about classic rock bands that we both like; Ebrahim, who would love to take Americans on trekking tours in Iran; Farimah, who asked me to speak English with about 10 of her young students; Roozbeh, the young waiter who insisted that I not leave without desert.

They deserve to live a life without sanctions and without the threat of war. When foreign policy as we know it is not working, creative citizen diplomacy can step in. We have our responsibilities to make that happen by recognizing that Iranians are not our enemies.

Patrick T. Hiller, Ph.D., is a Conflict Transformation scholar and professor. He served on the Governing Council of the International Peace Research Association (2012-2016), is a member of the Peace and Security Funders Group, and is Director of the War Prevention Initiative of the Jubitz Family Foundation.