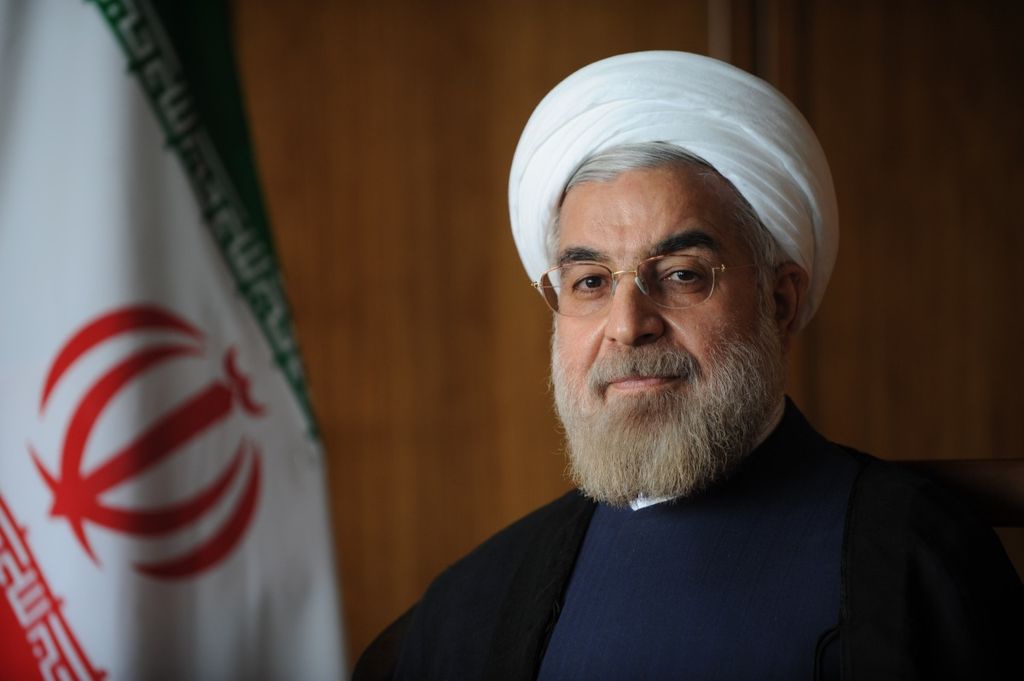 Iran’s Rouhani Makes His Debut on the World Stage

Rouhani has set the stage for a negotiated resolution over Iran’s nuclear program, which is becoming more viable than ever before.
By Sina Toossi | September 25, 2013 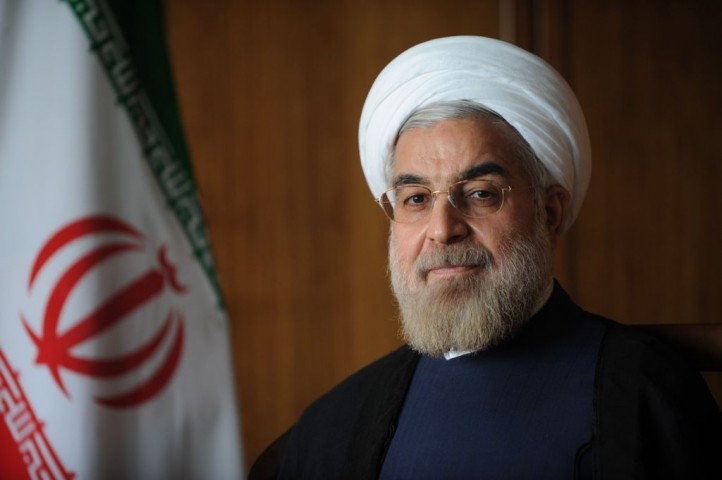 In a speech before the United Nations General Assembly, new Iranian President Hassan Rouhani delivered a carefully worded and prudent message that stood in contrast to his predecessor’s more defiant addresses at the summit.

While Rouhani did not make any grand conciliatory overtures, he also stood clear of any offensive or detrimental language—in effect placating hardliners in Tehran while allowing for steady progress toward talks with the United States.

Echoing the emphasis President Obama made in his own General Assembly address on a diplomatic approach to resolving the impasses between Iran and the United States, Rouhani said that Iran “is prepared to engage immediately in time-bound and result-oriented talks to build mutual confidence and removal of mutual uncertainties with full transparency.”

He further stated that, “Iran seeks constructive engagement with other countries based on mutual respect and common interest, and within the same framework does not seek to increase tensions with the United States.”

Rouhani also acknowledged Obama’s speech, which preceded his, respectfully using the English words “President Obama” rather than the Farsi equivalent.

“I listened carefully to the statement made by President Obama today at the General Assembly,” Rouhani said. “Commensurate with the political will of the leadership of the United States and hoping that they will refrain from following the short-sighted interest of warmongering pressure groups, we can arrive at a framework to manage our differences.”

Rouhani’s speech to the UN was not game-changing in terms of delivering an olive branch to the United States. It was also not without its fair share of long-standing Iranian criticisms of Washington and its allies, with Rouhani condemning “structural violence” against Palestinians and ever so tacitly criticizing U.S. policies in the region.

However, coupled with other recent positive signals from Tehran, Rouhani has effectively set the stage for a negotiated resolution over Iran’s nuclear program, which is becoming more viable than ever before.

Obama directly addressed several enduring Iranian grievances. He spoke of the tens of thousands of Iranians “poisoned” by chemical weapons during the Iran-Iraq War (though he neglected to mention Washington’s complicity in this), and even referenced the 1953 CIA-sponsored coup that ousted the democratically elected government of Prime Minister Mohammad Mossadegh and brought the despised Shah Mohammad Reza Pahlavi back to power.

“Iranians have long complained of a history of U.S. interference in their affairs and of America’s role in overthrowing the Iranian government during the Cold War,” Obama said.

In a significant move, Obama also gave recognition to the Iranian Supreme Leader’s fatwa banning the development of nuclear weapons and declared that the United States is not seeking regime change in Tehran.

The recognition of the fatwa is important, as the Iranians and others have said it could serve as the basis for a nuclear agreement between Iran and the P5+1 countries it has been negotiating with (including the five permanent members of the UN Security Council plus Germany).

While Obama did not quite accede to the key Iranian demand that Washington recognize its right under the nuclear non-proliferation treaty to conduct uranium enrichment on its own soil for power generation purposes, he did go as far as to say the United States “respects the right of the Iranian people to access peaceful nuclear energy.”

All of this relatively new language on Iran from a U.S. president is bound to be well received in Tehran, which has long desired the United States to speak to it with “respect.”

It is noteworthy that while both Iran’s foreign minister and ambassador to the United Nations sat through Obama’s speech, neither Secretary of State John Kerry nor U.S. Ambassador to the UN Samantha Power were present during Rouhani’s address.

However, Obama did announce that Kerry would now lead U.S. nuclear negotiations with Iran, ending a longtime practice of delegating bilateral diplomacy with Iran to lower-profile diplomats. This follows a similar move Rouhani made when he put Iranian Foreign Minister Mohammad Javad Zarif in charge of Iran’s nuclear file.

A meeting has already been scheduled on Kerry and Zarif, along with diplomats from the rest of the P5+1, to discuss the way forward in negotiations.

This meeting will mark the highest level of talks between Iran and the United States since before the Islamic Revolution of 1979, and will be the most important barometer thus far of measuring how different Rouhani’s approach will be from that of his predecessor, Mahmoud Ahmadinejad.

Even before the General Assembly, the election in June of the politically moderate Rouhani had rekindled hopes that a negotiated settlement over Iran’s nuclear program could be within reach.

Rouhani achieved an upset victory on a platform that placed him in stark contrast to his mostly conservative rivals. In particular he emphasized reducing sanctions, improving relations with other countries, enhancing social and political freedoms, and establishing a government run by experienced technocrats.

Most significantly, the electoral process that brought Rouhani to power also brought to international spotlight the differences of opinion among the highest echelons of power in the Islamic Republic.

Politicians and policy-makers in the Islamic Republic are not politically uniform by any stretch of the imagination. While the conservative Supreme Leader Ali Khamenei undoubtedly is the most important and influential figure when it comes to the final formulation of major Iranian policies, he by no means has absolute power.

Instead Khamenei relies on, and in many ways is beholden to, the opinions and desires of a variety of centers of power in Iran—including various councils, prominent religious and political figures and institutions, the powerful Islamic Revolutionary Guard Corps, and the directly elected parliament and president.

The election of Rouhani has brought back to power those centrists and reformists within the Iranian system who are far more politically moderate and flexible than their predecessors. This group, which includes former presidents Hashemi Rafsanjani and Mohammad Khatami among its chief proponents, has so far provided every reason to believe it desires détente and engagement with the West.

In fact, several individuals within the Rouhani administration—including the Facebook famous, U.S.-educated, and extremely experienced foreign minister Mohammad Javad Zarif—were among the architects of a generous Iranian offer aimed at a grand compromise with the United States in 2003.

But perhaps now Washington will get a second chance. With Rouhani’s transfer of responsibility for nuclear negotiations from the more intransigent Supreme National Security Council to the Ministry of Foreign Affairs, Zarif will now enjoy full authority to negotiate on Iran’s behalf.

Remarkably, Iran’s conservatives and hardliners seem to be giving Rouhani the space and support to make a deal with the United States. As former CIA analyst Paul Pillar has said, “the stars have aligned in Tehran.”

Khamenei made an all-important endorsement of Rouhani’s efforts in a speech before Islamic Revolutionary Guard Corps commanders a few weeks ago. He proclaimed the need for “heroic flexibility” in international affairs and declared his support for diplomacy, effectively authorizing Rouhani to negotiate with the United States on nuclear and regional issues. Khamenei’s statement has at the very least encouraged the typically hardline Revolutionary Guards to hold their tongues for the time being.

Other recent positive signs from Tehran include the recent release of nearly 100 political prisoners, an impressive Twitter and Facebook diplomacy campaign by Rouhani and Zarif (both of whom wished Jews a happy Rosh Hashanah), the exchange of letters between Rouhani and Obama (the first such mutual communicative exchange between American and Iranian leaders in over 30 years), and a conciliatory op-ed by Rouhani in the Washington Post.

John Kerry certainly has his plate full as he pursues the mandate President Obama has given him to pursue engagement with Iran.

As he prepares to sit down with Zarif, Kerry must recognize that there is a narrow space of time in which he can expect this degree of openness and cohesion from the Iranian establishment.

Obstacles will come from elements both within the United States and Iran. Hawkish members of Congress and lobbying firms are already rattled up at the mere thought of Obama talking to the Iranians. Even at this sensitive stage, Rep. Trent Franks (R-AZ) and Sen. Lindsey Graham (R-SC) are carrying out plans to introduce a war resolution against Iran.

Rouhani has risked much by taking such a conciliatory approach towards the United States. His political capital will not last long unless he brings positive results back home. Hardliners in Tehran are impatiently waiting to jump back to the forefront of Iranian politics at the slightest hint of failure by Rouhani to assuage the United States.

As Obama has said, action is more important than conciliatory words. In the coming weeks we’ll get a clearer picture of what concessions each side is willing to make in order to resolve the now decade-long dispute over Iran’s nuclear program—and perhaps the even longer impasse between Iran and the United States.