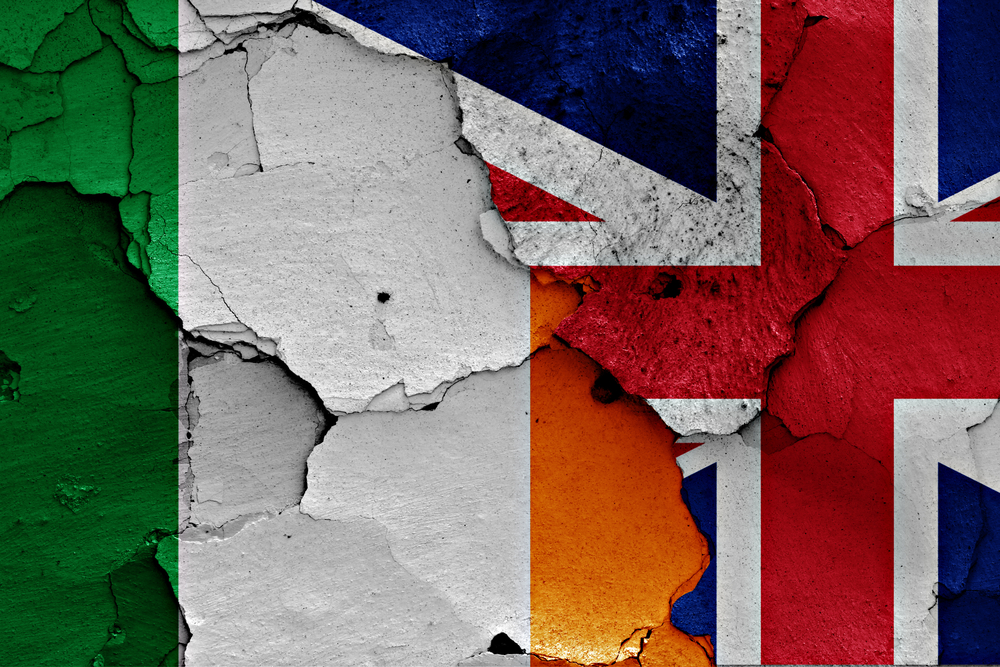 Ireland’s Election — and Brexit — Put Reunification Back on the Table

Prospects for unification will have less to do with ancient hatreds than with health care, schools, housing, and jobs.
By Conn Hallinan | February 13, 2020

The victory by Ireland’s left-wing Sinn Fein Party in the Republic’s recent election has not only overturned some 90 years of domination by the island’s two center-right parties — it suddenly puts the issue of Irish reunification on the agenda.

While the campaign was fought over bread and butter issues like housing, the collapsing health care system, and homelessness, a united Ireland has long been Sinn Fein’s raison d’être. In the aftermath, party leaders called for a border referendum on the subject.

But nothing is simple in Ireland — most of all, reunification.

For starters, the election’s outcome is enormously complex.

Sinn Fein (We Ourselves) did get the largest number of first-choice votes in Ireland’s ranked choice system, but not by much. The center-right parties that have taken turns ruling since 1922 — Fine Gael (the Irish Tribe) and Fianna Fail (Soldiers of Destiny) — took 22 percent and 21 percent, respectively. to Sinn Fein’s 24.5 percent.

Although other progressive parties, like the Greens, also did well, it would be extremely difficult to form a government without one of the two big traditional parties.  Fine Gael has ruled out working with Sinn Fein because of its association with the Irish Republican Army, but Fianna Fail is hedging its bets. Fianna Fail party leader Michael Martin was coy in the aftermath of the vote, saying he respected the democratic decision of the Irish people.

But getting from the election’s outcome to actual governance promises to be a difficult process, and one that in the end might fail, forcing yet another general election. Sinn Fein will be reluctant to play second fiddle to Fianna Fail — the latter won one more seat than Sinn Fein — since junior partners tend to do badly in follow up elections. Sinn Fein would have won more seats if it had fielded more candidates, but it was reluctant to do so because it had taken a beating in local elections just seven months earlier. The Irish lower house, or Dail, has 180 seats.

On the one hand, there are any number of roadblocks to reuniting the Republic and Northern Ireland, many of them historical. On the other hand, there are some very practical reasons for considering such a move. Sorting them out will be the trick.

Northern Ireland — called the Plantation of Ulster by Elizabeth I — was established in 1609 after driving out the two major Irish clans, the O’Neills and the O’Donnels, and seizing 500,000 square acres of prime farmland. Some 20,000 Protestants, many of them Scots, were moved in to replace them.

From the beginning, Ulster was meant to be an ethno-religious stronghold.

Protestants who used native Irish labor had to pay special taxes, and eventually even intermarriage with Catholics was discouraged. Protestant farmers got special deals on rent and land improvements — the “Ulster Privilege” — and Catholics were politically and economically marginalized.

Meanwhile, hatred between the two communities was actively stoked by extremist Protestant organizations like the Orange Order. The name comes from William of Orange (William III), the Protestant husband of Mary II, queen of England.

This is hardly ancient history. Up until recently, Protestants controlled Northern Ireland through a combination of disenfranchising Catholics and direct repression. In 1972 a peaceful march in Londonderry demanding civil rights was attacked by British paratroopers, who gunned down 24 unarmed people, killing 14 of them. “Bloody Sunday” was the beginning of  “the Troubles,” a low-scale civil war that took more than 3,600 lives and deeply scarred both communities.

Getting past that history will be no easy task, even though the Good Friday Agreement ended the fighting in 1998 and established the current assembly in Northern Ireland, the Stormont. A recent agreement between the Protestant Democratic Unionist Party (DUP) and the largely Catholic Sinn Fein Party has the Stormont up and running after a three-year hiatus.

The practical reasons for re-examining reunification are legion.

During the 2016 Brexit vote, Northern Ireland, like Scotland, voted to stay in the European Union (EU). A majority of Protestants voted to leave, but a strong Catholic vote tipped the scales to “remain.” Northern Ireland gets more than $780 million yearly from the EU to support agriculture and encourage cultural development and intra-community peace.

What was once one of the most heavily militarized borders in the world has been dismantled, and Ulster exports to the Republic are worth $4.4 billion a year. And because the border is open, the North has an outlet for its goods through the Republic.

If Ulster follows Britain out of the EU, however, that will change. While there is an agreement not to reestablish a “hard” border, Ulster’s imports from Britain will still have to be inspected to make sure they follow EU regulations.

The Protestants were promised by British Prime Minister Boris Johnson that there would be no EU inspections, but “promises” and “principles” are two words that don’t easily co-exist with the word “Johnson.” The prime minister — no longer dependent on the DUP for votes in the London Parliament — double crossed the DUP and agreed to a EU inspection regime in the Irish Sea.

It is not clear how most of the people in both countries feel about reunification. Exit polls in the south found that most voters would support a referendum on unification.

Polls also show that many Northern Irish would consider it as well, although that sentiment is sharply divided between “unionist” Protestants and “loyalist” Protestants. The former are more concerned with stability than religious sectarianism, and if Brexit has a negative impact on Ulster — the outcome most economists expect — they might be open to the idea.

The “loyalists,” however, will certainly resist, a fact that gives Irish in the Republic pause. The south has gone through a long and painful economic recovery from the crash of 2008 and many are not enthusiastic about suddenly inheriting a bunch of people who don’t want to be there.

Sinn Fein argues that the Good Friday Agreement essentially says that the Irish have a right to choose without reference to Britain, and is pushing for a border referendum. Under the Agreement, however, if the vote to reunite fails, another can’t be taken for seven years.

Sinn Fein did as well as it did — particularly among the young — because of its political program to build 100,000 homes, freeze rents for three years, increase aid to education, house the homeless, improve health care, and tax the wealthy. Those are also issues in the north, where 300,000 people are currently waiting to see a medical specialist. Some 15,000 medical workers recently went on strike to protest long hours and poor pay.

At this point, Ulster’s Sinn Fein has seven representatives to the British parliament, but refuses to send them because they would have to swear an oath to the Crown. If Sinn Fein has any hopes of getting enough people in the north to consider reunification, however, it will have to rid itself of such nationalist trappings, and convince the majority of Protestants that their traditions will be respected.

This may be less difficult than it was several years ago, because the Catholic Church in the Republic has gone into deep decline, pummeled by charges of child abuse and the exploitation of unwed mothers. The Catholic Church in the Republic fought hard against initiatives in 2015 and 2018 supporting gay marriage and abortion, and lost badly both times.

If unification is the goal, supporters in the Republic and Ulster will have to be patient, and show that they can deliver a better life for the entire community. That will have less to do with the ancient hatreds of Ireland’s “long sorrow” than with decent health care, good schools, affordable housing and well-paid jobs.

All the Irish can get behind that program.